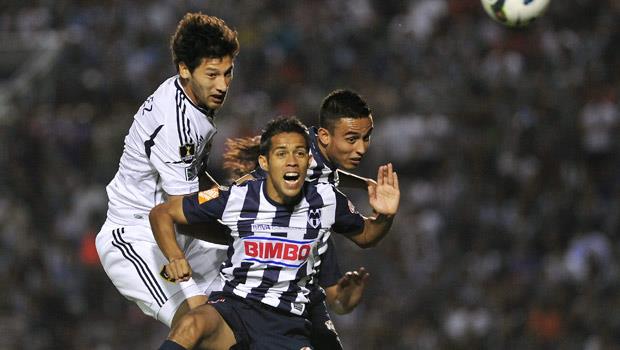 The LA Galaxy and Seattle Sounders both performed admirably to reach the CONCACAF Champions League semi-finals, yet neither side could find a way past their Mexican opposition.

Seattle went into their first ever CCL semi-final with hope. Having been the first MLS team in the competition’s history to knock out any Mexican opposition in the shape of current Liga MX leaders Tigres UANL in the quarter finals, you had to think that the Sounders stood a chance against the consistently ruthless Santos Laguna.

The first leg left Seattle in less than an ideal situation as they lost the game 1-0 thanks to a finely taken strike on the rebound by ex-MLSer Herculez Gomez. The away goal proved to be crucial as the second leg in Torreon was 1-1 on the night, a far better result than the previous year which ended up with Santos Laguna winning 6-1 when the two sides met. A brave effort from Seattle wasn’t enough though even with Lamar Neagle’s equaliser in the 73rd minute. This was after pacey winger Darwin Quintero put the Mexican side in front through a free-kick that was slammed in off the underside of the crossbar. Seattle kept pushing for that winning away goal with perhaps their best last 15 minutes of play all season and a number of good chances squandered, but it wasn’t to be.

On Wednesday night, LA Galaxy had a mountain to climb as they came up against the current two-time CCL holders Monterrey in Mexico already 2-1 down from the first leg. It was fair to say that LA was the far better team in the first leg. However, similarly to Seattle, The Galaxy wasted far too many opportunities with Robbie Keane missing from less than 6 yards out in the first leg, a moment which could have transformed the complexion of the tie. It was a smash-and-grab performance by Monterrey as the deadly duo of Suazo and de Nigris struck again with a goal apiece in the 82nd minute by Suazo and de Nigris in stoppage time. LA Galaxy Head Coach Bruce Arena looked devastated, and who could blame him? It was a cruel blow for the MLS Cup 2011 and 2012 winners.

There was little to say about the second leg. Apart from a fine defensive performance by LA’s towering centre back Omar Gonzalez; the Galaxy looked a defeated team for 90 minutes. Albert de Nigris shot through the legs of Cudicini in the 82nd minute to win 1-0 and 3-1 on aggregate. The final is set to be an all Mexican battle.

There is much debate about whether the Salary Cap in MLS needs to be raised for teams to compete with the richer clubs in Liga MX. Yet on a different night, both LA Galaxy and Seattle Sounders could have gone through if they took their chances. What is fair to say though is that MLS has come a long way in the CCL since its humble beginnings.