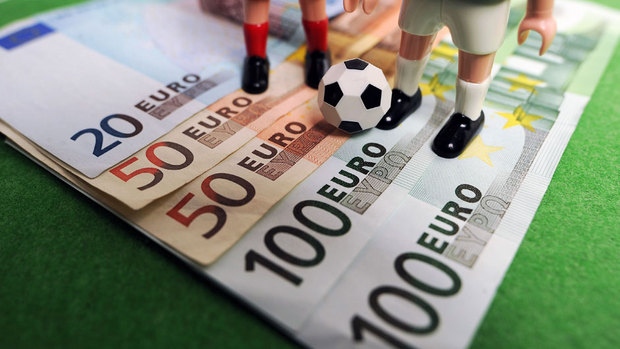 The explosion of online gambling in recent years has created a new generation of football gamblers – whom armed only with a laptop and a credit card manage to create a full-time living for themselves without leaving the front door in the morning, perhaps only to stock up on cans of Red Bull and donuts.

They laugh at your five quid Saturday accumulators and first goalscorer punts, they even snigger at your Premier League interest bets – there’s money to be made in this game and it’s not by finding value in the most watched league in the world.

“With in-play statistics and the likes of Soccerway, you can become an expert on any league or team in the world,” says James, a former professional gambler who made a living off football betting for over four years.

“There’s no value in betting on Premier League games or any major league really. The traders have it all priced correctly so you’re unlikely to make a profit long term. You’re more likely to find a bit of value 30 minutes into a Czech Republic division two game than, say, Manchester United v Liverpool.”

James was unemployed for an extended period so took his passing interest in betting on the football to the next level, discovering online communities which clubbed together to beat the bookies by seeking value bets in obscure leagues around the world.

At his peak James was staking four figures on teams the normal football fan would never have even heard of, placing bets on the bet365 app and other mobile betting apps, spending sixteen hours a day in front of his computer and in the process making four-figure profits on a good week – and losing four-figures on a bad week.

Online bookmakers facilitate betting on pretty much every league in the world, at any time of day. The professional gambler’s goal is to research these games and to find value, more often than not after the game has started. If a team is performing better in-play than the odds suggest, the gambler will swoop. It’s all about finding and betting big on what they perceive as good value.

With no 9 to 5 grind the lifestyle may seem appealing, but it means spending an unsociable amount of hours in front of a computer screen and losing out on friend and family time.

“Depending on the games on that day, my day started at about nine or ten and wouldn’t finish til late at night,” he says.

“I saw little of my family and barely saw my friends. It got to a point where I was afraid to go anywhere in case I missed a good bet and when I did go out I was following games on my phone. It’s an addiction, but one that requires serious discipline – I’ve seen lads start off great but lose the head and end up losing everything.”

The money can be great, but can be taken for granted. “You’re playing with digital money, you see it moving in and out of your bank account but it’s just a figure on a screen. So you never truly appreciate it. The best professional gamblers spend their profits – that’s when you know the bookies are never getting it back.

“It’s a real marathon not a sprint kind of thing; most bets are below evens so you need to stake big to win big. I started off small and worked myself up, but it took nearly a year before I could comfortably put €500 on a bet. If you win, you just look to the next bet. Losers are hard to recover from. It’s important to stay calm and level-headed all the time but that’s impossible when you’ve just lost €500 on some last minute goal in Romania, or Turkey, or Finland.

“Name a league or a team in the world and I’ve probably bet on it at some stage. It’s silly the kind of games you can bet on – women’s U19, reserve games from Hong Kong, pretty much every football game that is happening in the world.

“You try to concentrate on the obscure rather than top leagues in Europe because that’s where traders are more liable to make mistakes, and where in-play statistics can defy the odds. In, say, a game between Fylkir and Keflavik in Iceland, the quality is much lower therefore the game can play out much differently to what the bookmakers are expecting.”

In his time gambling on football around the world, match fixing was plain to see.

“It’s everywhere really. You can see it in the betting patterns, it’s not that hard to spot a fixed game and some leagues would have a reputation for it, so you follow the games expecting to see irregularities in the prices.

“I once watched a game between two teams who were both safe from relegation with a 0-0 draw. I think it was in one of the lower Brazil leagues. It was laughable, the ball barely left the centre-circle. I’ve seen teams concede easy goals in the final minutes of games and the betting patterns suggested that over 3.5 or 4.5 goals to be scored was the bet. If someone sitting in bed on their laptop can spot a fix, so should FIFA.”

But James believes there’s no match fixing in English football.

“I’ve never seen a fix in English football. There might have been examples in the past, but I’ve never witnessed one or even heard of one. I have heard of examples from Irish football but these are rare and would’ve involved small cup teams.”

When asked if he had profited on these games, James said it’s difficult not to take advantage.

“Sometimes they go wrong and it’s embarrassing, and you kick yourself for getting suckered into the price irregularities, but more often than not they came off. If you’re sure there’s something up then it’d be rude not to take advantage of it.”

After four years in front of a laptop screen, James made a conscious decision to take his money and run. “The temptation was there to keep at it and make as much money as possible, but it was too much of a strain on family and social life. I’m sure some are good at balancing it, but it was one or the other for me. I still have the odd flutter but I’m happy to be back working a 9 to 5, so gambling is not my entire life anymore.”

When questioned about the bookmakers and their role in online gambling, James was critical.

“The bookies are brutal. If you win big, or win consistently, they’ll close your account and refuse your business. Obviously they have to make a living as well, so you can kind of understand that, but they have no problem taking loser’s money. Do you think they’d refuse business of someone depositing and losing €1,000 a week online? Not a chance.

“They’re blood suckers, and they’re all trying to create this fun craic-having image on social media but at the end of the day all they want is your money. You can see they are targeting the kind of people who will lose about twenty quid a week on accumulators. That’s a grand a year – get 100,000 people to do that and that’s 100,000,000 for the bookies, who will ban you from using their service when you take 10,000 off them on obscure football – if you’re lucky to last that long.”

James says the online gambling industry will cause match fixing to increase.

“It’s going to get bigger and bigger. Eventually every game in the world will have a live in-play market, which will in turn increase match fixing and more intelligent gamblers will appear. But at the same time the bookies will continue to hoover up the punters that they can profit on.

“Match fixing isn’t going to go away, it’s too prevalent and FIFA don’t appear to be trying to combat it in the smaller leagues.”