As many experts are making Champions League semi-final predictions that Atletico Madrid will beat Bayern Munich to get into the final, it is Antoine Griezmann that attracting interest from both Chelsea and Manchester United.

The Atlético Madrid player could soon be on his way to the Premier League if either of those two teams get their way. 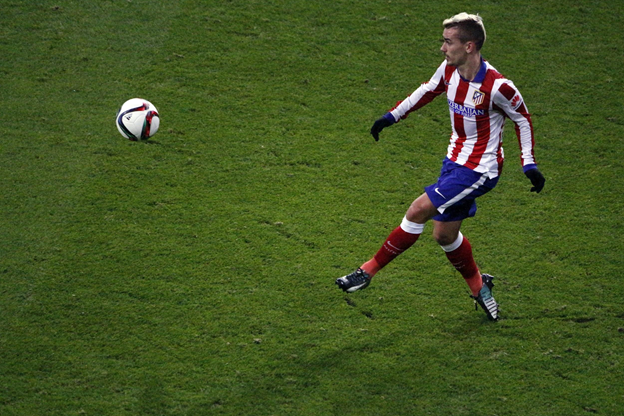 Atlético Madrid is having another fantastic year, which is in stark contrast to the two English Premier League teams fighting for his signature. Griezmann’s team are strong contenders to win Europe’s elite competition again this season.

If they do win the double, his value will shoot up, and the interested parties will have to part will a lot of cash to get their man.

Diego Simeone has performed miracles at Madrid and has managed to get the most out of all his players. The manager has turned Griezmann from a good player into a world-class star.

It will be hard for the player to leave Spain though as he has everything he could want at his current club.

If Manchester United and Chelsea do not qualify for the Champions League this season, which looks very likely, it is doubtful the player would want to leave to join one of them.

Money talks though and both clubs are in a place to make him a financial offer he just cannot refuse.

Atlético is one of the favourites for Champions League through a lot of betting predictions, and rightly so. They have been in excellent form and Griezmann has been a big part of that.

His team sits in second place in La Liga, one point behind the leaders Barcelona and are ready to pounce should their rivals falter.

At the start of the campaign, many experts were making Champions League betting predictions that the Blues would go all the way with Mourinho at the helm.

They will not even qualify for the competition next season, which illustrates just how bad they have been.

Chelsea has already announced that new manager Antonio Conte will be taking over in the summer. He has a big task on his hands turning things around and will need to clean out the rotten eggs during the transfer window.

It is believed that only a transfer fee above the British record of £59.7 million will be enough to secure his signature. That will not put off Roman Abramovich, who is one of the richest men in the world.

Manchester United may be only a single point from qualifying for the Champions League, but the odds are not stacked in their favour.

They will need to be consistent and win all their remaining games, which are something they have not been able to do all year.

If they are going to snatch the fourth spot, they will need to overtake Manchester City or Arsenal. It may still be possible but if they play the way that they have all year then they are not going to make it.