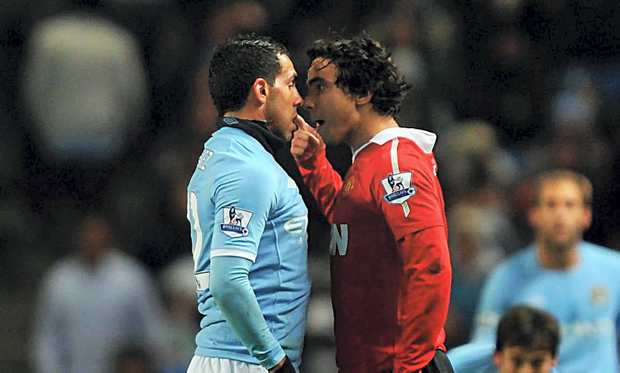 Manchester United’s unbeaten league record finally fell away to Wolverhampton Wanderers last week, and they will be looking to get back on track in Saturday’s derby against rivals City.

Both sides are still in a position to challenge for the league title, with a win for the blues closing the gap at the top of the table to just two points, though they have played a game more.

Last season’s fixture was one of the greatest games seen in the Premier League as United claimed a 4-3 victory thanks to Michael Owen’s late, late winner but with Roberto Mancini’s team a lot more defensively sound than that of Mark Hughes it is unlikely that there will be a repeat performance.

United midfielder Darren Fletcher believes that his side have played well at times so far this season but also that there needs to be more consistent performances.

“We definitely feel as though we can play better and hopefully our form improves towards the end of the season, which is when it really matters in the league and the Champions League,” said the Scot.

“This is when the big games come, the matches that ultimately win you trophies. We’ve got to go to Liverpool, Chelsea and Arsenal and we play Manchester City this weekend. There are a lot of big matches ahead.

“But we enjoy big games here and this club is all about performing and rising to those challenges.

“We know all of that lies ahead of us and we’ve never naively thought that the league is over. There is lot of hard work to come, lots of big games and plenty of twists and turns I’m sure.”

The Red Devils will be without defender Rio Ferdinand who is sidelined for two weeks with a calf strain, though Park Ji Sung is available having returned from the Asian Cup.

City head into the game on the back of convincing 3-0 win over West Bromwich Albion at Eastlands as they got back on track following some indifferent recent results in both the league and cup.

Carlos Tevez has been asked by Greater Manchester Police not to antagonise the home support for fear of violent repercussions, while the player himself has stated that he doesn’t care if he gets a frosty reception. 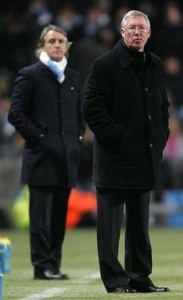 “I don’t care if people boo me,” he said in the Daily Mirror. “It doesn’t bother me and I’m not worried about going there.

“There was much booing last year, but I understand. As a supporter, you will defend your club and I play for the opposing team now.

“United fans can’t say that I didn’t give everything when I was there. Maybe some United fans still don’t understand why I left.

“But I’m a professional footballer and being booed is a price I must pay sometimes. It doesn’t affect me at all.”

The Argentine will be looking for his 50th goal in blue and City have not lost any of the 25 league games in which he has scored, winning 23 of them.

Tevez’s international team mate Pablo Zabaleta is confident that his side can inflict a second consecutive defeat on United, though he knows it won’t be easy.

“I believe 100 per cent that we can win the game, because we show our character when we are in games that we really need to win,” said the full back.

“We know it will be very difficult. United are very strong and are unbeaten at home, so it would be great to break that record. Everyone is waiting for the derby game, the players as well, because we know it’s one of the best games to play in and enjoy.”

City may be without no nonsense midfielder Nigel De Jong who has an ankle problem while Italian Mario Balotelli is very doubtful having been in the United States receiving treatment for a knee injury, though he did take part in training on Thursday.

In off the field derby news, The Guardian reports that a City groundsman has gotten himself into trouble with the club over a hate page he had set up on Facebook. Ged Coyne, 31, posted a serious of rants labelling United “scum” amongst other things. The page has since been taken down and he has been reprimanded by City.

Meanwhile a party to be hosted by ex-United defender David May to celebrate City’s 35th year without a trophy has also been pulled on the advice of Greater Manchester Police. May, who is an ex-City, stated on his blog that the Stretford End ‘ticker’ banner would be moved from 34 to 35 at the celebration. However the police have intervened and cancelled the event.

City goalkeeper Joe Hart responded to the idea of the party by suggesting that it may be the last chance the red half have to throw one.

“It’s not false because we haven’t won anything for 35 years,” said England’s number one.

“But I assume they are doing it because there won’t be many more of them.”

If last season’s game at Old Trafford was one of the best derbies ever, this absolute stinker at the City of Manchester Stadium is up there with the worst. City defended for the majority of the game and rarely threatened in front of goal. United meanwhile were left frustrated by their failure to break down the opposition. As quite often happens with this type of game all the hype amounted to nothing.

Arguably the best centre half in the league; Vidic has been a tower of strength and consistency at the back for United. His outstanding performance against Tottenham Hotspur a few weeks ago resulted in three points for Sir Alex Fergsuon’s side, but it will be interesting to see how he fairs against Tevez, Silva, Toure and co. with no Rio Ferdinand alongside him.

With Nigel De Jong an injury doubt, City will require a physical presence in the middle of the park. Even though the former Barcelona man has played further forward this year, he has the ability to dominate the midfield area…as long as he’s in the mood.

This article was originally written for ManCityFans.net.