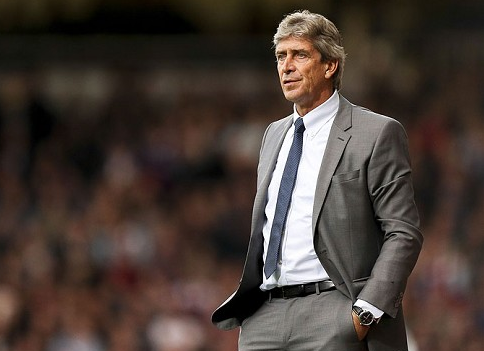 Perhaps there is no great mystery. Perhaps Manchester City’s continuing struggles in Europe are simply down to the fact that at that level, they meet outfits better equipped to cope with their attributes and exploit their weaknesses, both on and off the pitch.

Wednesday’s disappointing draw with Roma and their victory on Saturday evening at Villa Park make the case nicely. The Italians had the kind of physical attributes, quality and nous to discommode City. Villa didn’t.

Manuel Pellegrini’s favoured 4-4-2 formation works on the basis of his two wide men playing as “interiores,” that is, they are detailed to cut in from their wings when his side is in possession, looking to play in between the lines and in pockets of space behind opposition midfields (all across the pitch) while the two central midfield players hold deeper positions. The aim is to dominate the ball and create midfield overloads around the centre of the park.

At the same time, his front two will play from the inside out at times, creating space for those in midfield to attack. Width is offered by overlapping full backs. And compactness is maintained from front to back as the central defenders hold a high line.

If possession is lost, the two “interiores” will drop back into their wide positions, while the back four retreat to the 18 yard line where they hold firm.

It’s a system the Chilean has deployed successfully in Spain with Villareal and Malaga and is one that has paid dividends in England. That it falls down in European competition may put down the quality of the opposition, both tactically and in terms of personnel, and Pellegrini’s own team selections.

The defensive frailties of Yaya Toure are one point of weakness. The Ivorian, so brilliant in possession, isn’t ideally suited to playing in what needs to be a more defensively aware central midfield two. Time and again, Roma exploited this frailty on Wednesday. Toure’s desire to get forward creates an imbalance in midfield that clever, quality opponents can exploit. In Europe, perhaps City need to deploy another more defensively minded midfielder rather than a second striker to promote greater defensive solidity and free Toure to attack.

The selection of Jesus Navas against Roma also caused an imbalance. The Spaniard is a winger who prefers to get chalk on his boots rather than come inside to create the kinds of midfield angles and overloads mentioned earlier.

The Villa and Roma games suggest that selecting the underused James Milner rather than Navas is something the manager should give greater consideration too, especially in Europe. The underrated English international is a much better fit, for me, for Pellegrini’s system. He can attack, knows when to come inside or drift wide, and he can defend, sensing danger and maintaining defensive shape better than the Spaniard. In fact, there’s an argument to say he is even a quietly more effective option than Samir Nasri.

On Saturday, Villa worked extremely hard to keep City at bay – but ultimately, like most sides in England, didn’t have the quality to exploit the spaces Toure can leave behind or the physicality to live with the visitors. In the end, they were simply overpowered and beaten by City’s superior personnel, where “interiores” Silva and Milner were outstanding.

But what works domestically isn’t working in Europe. Roma were yet another case in point. City have made it difficult for themselves yet again – surely it’s time for some tweaks in Pellegrini’s system?