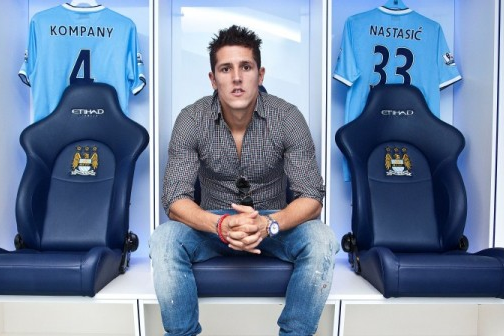 I have a question for the fans out there. At what point do you deem a player a failure and is 11 games into the season already too early? For instance, if you pay $30 million on a player, do you expect immediate impact or are they given time? The argument always comes up, why spend a few million on up and coming talent that you have to wait for when, you can spend an extra $10 million and get a top class player who will produce now. Arsenal fans for years have complained about buying teenagers or players with potential.

Then Arsene goes and spends over $42 million on Ozil and he is an instant hit from game one. No injuries, no struggling with language or lifestyle. In that case, spending big was the right move for Arsenal and Ozil is lighting up the league. But there are times when a big money signing goes wrong.

The first player that comes to my mind is Alberto Aquilani. Aquilani, who signed for $20 million from Roma, was seen as the successor to the legend, Xabi Alonso at Liverpool. Alonso left for Real Madrid and Benitez pinned the team’s creative hopes on the shoulders of Il Principe as he was known in Roma. In three seasons at Liverpool he made eighteen appearances and scoring one goal. He is now at Fiorentina doing reasonably well and has forced his way back into the national team. Aquilani was signed with an ankle injury by Benitez and never really reached his full potential for one reason or another. Liverpool became the laughing stock of the league, wasting more money on talent that failed to produce. I had seen Aquilani play numerous times for Roma. He looked like an old fashioned playmaker, demanded the ball, had a good shot and played in the pocket between the opposition’s midfield and defense. But at Liverpool we didn’t see any of that. So, a player for $20 million, 18 starts and loaned out twice in three years, we can easily say that was a waste of money and a massive failure. There are many factors that can contribute to a player failing or succeeding in the league. In my personal opinion when you spend massive money on a player you expect him to deliver from the get go.

Aquilani isn’t the only expensive signing to struggle in the Premier League. Manchester City host Spurs this Saturday and two of the biggest transfers of the summer will be keeping both dugouts warm. Spurs’ biggest signing ever, Erik Lamela, to date, has been a flop. This weekend we will be eleven games into the season and Lamela has not started one league game and has no league goals. Dwight Gayle of Crystal Palace has played more games and scored more goals than the $30 million player. Villas boas has recently come out and said this about the Argentine”

We have been speaking a lot with him. I think getting acquainted to the Premier League is important but he doesn’t know the language. [Roberto] Soldado had some knowledge of the language before (he came) so it was a little bit easier for him. With Erik it was a little bit more difficult but we have given him massive, massive help and his family arrived this week. He knows he isn’t producing half of what he can produce but he understands the situation now is that he has to compete for his place.

See this doesn’t sit with me. I am pretty sure Ozil didn’t know any English, neither did Suarez or Coutinho. Language shouldn’t be a problem. Lamela also has fellow South Americans at the club who would help him settle and adapt to life in London. Sandro has been there awhile and he was joined by Brazilian Paulinho this summer too. Other players who have come to England haven’t had trouble on the pitch due to lack of English. Look at Tevez, he was years in England and before he left for Juventus he could barely speak English yet he still produced on the pitch week in week out. So language isn’t the reason. It could be a mixture of reasons but my point being is that he must be labelled a flop. 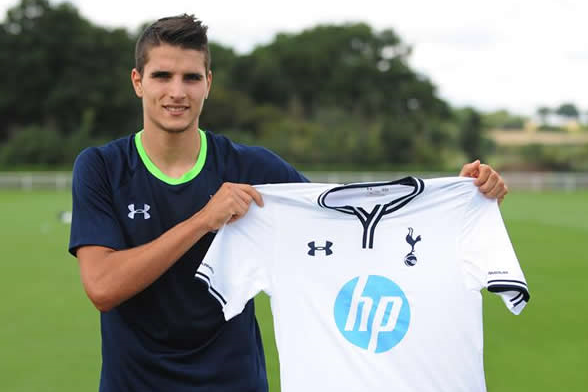 If you are spending over $30million plus on a player then you at least expect him to start more than one game.  Another big reason behind Lamela’s non activity is the form of Andros Townsend. The young Englishman is keeping the biggest signing in Spurs history and an Argentinian international on the bench, so credit must go to Townsend for his performances. There is no doubting Lamela’s talent. He was coveted by clubs all over the world when he was just 17 at River plate. Again, like any Argentinian playmaker, the pressure of being the next Maradonna or Messi was placed on his shoulders at a very very young age. Most players placed with these expectations have fallen short. Players like Saviola, Aimar and Ortega. While at River Plate, Four Four Two likened Lamela’s abilities to that of Rivaldo, so a lot of pressure was put on the boy’s shoulders.

The other big money signing this year that has also made no impact at all is Man City’s Stefan Jovetic.  The Montenegro star is a similar player to that of Lamela, a playmaker that can score goals, coming to England with a big price tag and a lot of expectations.  The one thing the Jovetic has so far this season is goals. He scored two in the Carling Cup and had made a total of two appearances so far. Two goals in two starts isn’t bad if you think about it. But surely you would want more form a player costing that amount and with such a reputation.

Like Lamela, Jovetic at a young age had many of the world’s top clubs hovering around him. At the age of seventeen, the likes of Man United and Real Madrid where monitoring the players career. He eventually made his way to Fiorentina. There the youngster began to exhibit the talent that people had been waiting for. He adjusted to life in Florence very quickly. He did however suffer a cruciate knee injury that kept him out of the whole of the 2010-11 season. His last season in Italy was a productive one, bagging 13 goals in 34 appearances. With rumours swirling around about a possible move to Manchester City, Jovetic supposedly preferred a move to Juventus rather than City. He later denied the accusations saying he always wanted to move abroad. Since his arrival he has two goals and has been plagued with injuries. Back in September, Jovetic was asked if he was struggling with English life:

It’s true I haven’t played much football. When I arrived I had a problem with my hamstring. The other players were already playing and I was doing the preparation. Then I went away with the national team and I came back with another little problem and the team were playing well.

So like Aquilani, Jovetic arrived with an injury, a minor one but an injury none the less. When coming to a new club it’s imperative that you arrive fresh and ready to compete with your team mates. Arriving injured keeps you away from the players. You spend more time with the physio than with your team. It’s so important to get a good pre-season with your team mates. It builds up good relationships and team spirit and some of the young players can see that the high profile player is working hard and gains the squads respect. By being around your team mates more also helps with the language. You pick up phrases here and there.  Also the rumour about his desire for Juventus suggests he was comfortable with life in Italy and maybe wanted to stay. Maybe City offered more and he was just sold to the highest bidder.

Look, there are probably many reasons why they haven’t quite fulfilled their price tags yet. The language, the culture, injuries or missing family, all of these things may play a part. The thing is, when spending such a significant sum of money on a player, you need to evaluate everything about them. You need to see what type of person they are, their character, how they have reacted to injuries or adversaries before. Their age comes into play to as does their maturity levels. I still feel that if you are signing players for big money who have played for big teams in big leagues, then they MUST hit the ground running. If they are top players, like Alex Ferguson top, they should be playing every game.

Again, I will use the example of Ozil, straight into the team with an assist. I’m presuming his English has improved but I’m sure it was minimal when he arrived. He has three goals in nine games and god knows how many assists. Like Lamela, he had team mates who speak his language in Mertasacker. Also Wenger and Villas Boas can speak German and Spanish so the coach speaking your language helps. In Jovetic’s case, he has been struggling a bit with injury. But, like Aquilani, Jovetic had an injury before his arrival to Man City. Why would you buy a player injured? If you are spending that type of money on a player and pinning so many hopes on him, why not buy one who can play and is fit? Something both players share is their slight thin frame. Both players are elegant players who like time on the ball. In England they won’t get that. They may have the skills but to deal with the pace of the game and the ferocity of it, they need a stronger physique.

Sooner or later Villas Boas and Pellegrini are going to either take a chance and persevere with these players or just admit that, like Aquilani, they flopped for one reason or another.  Who knows maybe they will prove me wrong and play this weekend and score.