The MLS has pulled off one of its greatest recruitments to date with Thierry Henry set to bring his Va Va Voom to the Big Apple. 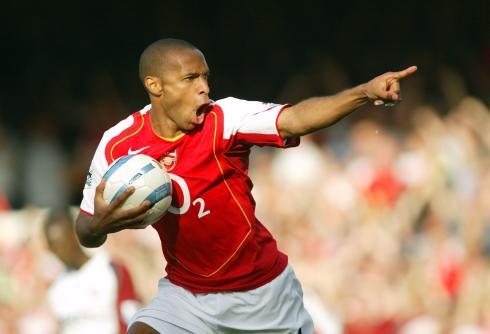 After 455 games and 232 goals, Thierry Henry has bid fairwell to European football to jet across the Atlantic and become the latest superstar face of Major League Scocer.

The former Arsenal, Barcelona and Juventus man has joined the New York Red Bulls and the city is very much ready to embrace one of the greatest strikers the game has seen, with the New York Times dedicating a full page to the news accompanied by the headline “Bienvenue Thierry Henry”.

“Everyone knows I love this city, but I assure I come here to win; that’s the most important thing. I’m a competitor, and I’m sure the boss will put a team out there that can do it,” he said.

“Coming here was always the only option. I wanted to play for the Red Bulls and New York. I love the city; it was a no-brainer for me.

“I’ve been coming to New York since 1996. (But) what I want is to win with the team being able to enjoy on the pitch. I hope there’s going to be lots of happiness instead of sadness.

“That’s what I’m looking for, work hard to bring a title…I came to play football.”

By moving State side, he follows in the footsteps of such well known names as David Beckham, Youri Djorkaeff, Hristo Stoichkov and  Lothar Matthaus, and also those of some less well known players including Darren Huckerby, Ade Akinbiyi and Danny Dichio.

Details of the transfer and Henry’s MLS contract are quite sketchy, though Red Bulls coach Hans Backe did confirm that the Frenchman has joined on a four and a half year deal.

However, Henry only had one year left on his deal with Barcelona so the initial cost couldn’t have been too high.

“We’ve signed an outstanding football player. I’d rate him in the Top 10 ever in the Premiership as a striker,” said Backe. “He’s signed for four and a half years and he’s very, very hungry to get New York its first MLS championship.”

Henry will wear his customary number 14 at the Red Bulls and no doubt their fans will be salivating at the prospect of him linking up with former Aston Villa striker Juan Pablo Angel who is the current club captain.

The four time Premier League Golden Boot winner will bring a wealth of experience to the league while also being a recognisable face for fans to identify with having fronted advertising campaigns by Nike, Gillette and Pepsi amongst others.

Henry has also announced his retirement from a distinguished international career that left him as the country’s highest ever goalscorer and winners medals for both the World Cup and European Championships.

Unfortunately for Henry, his reputation has been somewhat tarnished by the infamous handball incident against the Republic of Ireland in the playoffs for World Cup qualification, and he leaves the international game on the back of a disastrous 2010 World Cup in South Africa.

3 thoughts on “Making A Brand New Start Of It”