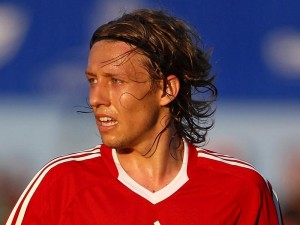 With most of the leagues managers looking over their shoulder and required to offer instant gratification to demanding owners and fans alike, they can be excused for not allowing player’s time to “settle in”. If they were to give players time to get used to the pace, physicality of the English Premier League and also allow for foreign players to adapt to the cultural change they face then they may well reap the benefits. It is not just foreign players joining from abroad, some domestic players can take time to adapt to a teams’ style of play and they too can need time. Many will suggest that with the wages they are paid they should adapt quickly and not be wrapped in cotton wool, but a player can’t physically make themselves settle, just like any of us in a new job or as kids moving to a new school, sometimes it is just time.

How many players have been “flops” in their first season in English football and instantly moved on or left to rot in the reserves, here are a few. Alfonso Alves, played 42 times for Middlesbrough only mustering 10 goals, he had come with a fantastic scoring record from Heerenveen for £12.7 million. Mateja Kezman is a famous Chelsea failure with a similar story to Alves, having banged in 105 goals in 122 games, but at Chelsea he managed a mere 4 goals in 25 games. Juan Sebastian Veron came to the EPL with a high reputation and both Manchester United and then Chelsea paid big money for the Argentina International, but he failed to deliver for both teams and finally returned to Estudiantes where it had all started for him.

The story of big money striker unable to adapt to the Premiership could well have applied to Johan Elmander, and many will say it does, not me. Having scored 5 goals in his first and 3 goals in his second season at Bolton Wanderers, Elmander has bagged 10 goals this campaign and 7 assists and made a strong team contribution this year featuring in the majority of Bolton matches and more recently with the arrival of Daniel Sturridge has featured on the right wing. He could so easily have been shipped out or forgotten about but time has been his friend and whilst he hasn’t set the premiership on fire his early season form saw him leading the scoring charts and his goals have helped Bolton avoid the relegation battle and will probably end the season as Bolton’s top goalscorer.

Another player who has shaken of the “flaky foreigner” tag is Liverpool boo-boy Lucas Leiva. Many, including myself, have in the past described him as the worst player in the Premiership and an overrated Brazilian that isn’t good enough for the Premiership, let alone for Liverpool. Read any fans forum 6 months ago and Lucas was a laughing stock, Liverpool fans could not wait to get rid of him. He now leads the table for number of challenges this season and has arguably been Liverpool’s best and most consistent player of 2011. He has suddenly found that extra yard, his passes are finding player’s feet rather than Row Z and he is turning over possession rather than picking up silly bookings for mistimed challenges. It seems all he needed was time.

Ramires is someone that has turned it around for Chelsea in a much shorter period but when the slight Brazilian first played for Chelsea I was concerned he might snap. Carlo Ancelotti admitted that the plan had not been to play him every game but injuries meant he started regularly, and in turn performed terribly for his first 10-15 games, if Ancelotti had alternatives I am sure Ramires would have found himself on the bench, but as luck would have it he instead developed into our most consistent performer and has been outstanding for the latter part of the season.

These are just a few examples of players who haven’t made the grade and thus been cast aside and those who have shrugged off sometimes two bad seasons before finally settling. I do not think that, as a rule, managers should pick players who are not performing but I think that the media, fans and managers need a little patience because not only could they be letting a great player go but often a lot of money has been invested and any replacement means more investment is necessary.

Alex Ferguson has shown the strength of the United squad this season and also seems has been patient with some players others were ready to dismiss as failures. Anderson has never lived up to the hype but is an important squad player for United and Fergie has always been able to rely on him to step in and give a solid performance. The much derided Michael Carrick who couldn’t even make the England World Cup squad has shot to prominence towards the end of the season and alongside Giggs dictated play recently against Manchester United’s closest challengers Chelsea at Old Trafford; another manager might have moved Carrick on when it looked like his best days were behind him. Wes Brown is another who is still in the squad despite many injuries and setbacks. Finally probably the biggest success story from United’s team is Nani, a bit-part player over the last three seasons at Old Trafford he has been sensational this time round and you have to admire the manager for keeping the faith.

I fear that at Manchester City, Chelsea, Tottenham and other free spending clubs there could be the usual clear outs as managers look for something new, exciting and a player who will offer instant reward. Players like Zhirkov, Chamakh, Bosingwa, Jovanovic, J.Cole, Clichy and many more could be starting from scratch again at another club. Whilst many will agree with the decision to move them on and as a Chelsea fan I will be glad to see the back of Bosingwa, even though he was decent in his first season and has had many injuries to deal with. I should probably remind myself of Drogba’s first season at the club when he truggled to score goals and looked somewhat cumbersome. In stark contrast a few years later Chelsea sold Lassana Diarra for little more than £2 million, now Real Madrid are enjoying his talents and Portsmouth enjoying the £18 million they received from Real for him (although I don’t imagine they put that money to great use).

I urge managers to look at what they already have and offer a little support to those still finding their feet. Not only will they save themselves some money but might uncover a rough diamond currently warming the bench.

One thought on “Lucas and Co. Prove Patience is a Virtue…”