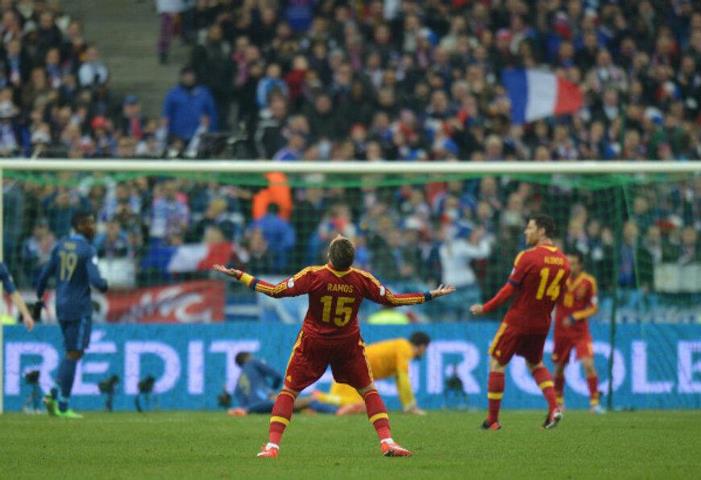 It was proclaimed as the ‘great power shift’, German football had simply swept away Spanish football in the semi final of the Champions League, as Bayern Munich and Borussia Dortmund outperformed Barcelona and Real Madrid. It raised the big question- What are the ramifications on the international scene?

It looks likely Spain may be knocked off their perch, the Barcelona machine is running out of steam with Xavi and Iniesta not looking as effective as they once were. Both played no real significance in the Champions League Semi Final as both disappeared across the two legs. Xavi has claimed it is not ‘the end of era’, however it’s hard to argue against it when age is beginning to take its toil on the Barcelona midfielder. Defensively Spain are far from strong, Gerard Pique has largely had a poor season, while Carlos Puyol’s injury worries mean he’ll struggle to make an impact on the international scene anytime in the future. Spain also lack a striker, the false nine system deployed in the Euros with Cesc Fabregas played as the front man was effective then, but now it could seem all too predictable.

The Confederations Cup provides a massive chalk board for Del Bosque, a movement of the old guard could be in order. Many young players are knocking on the door of the Spanish national team such as Inigo Martinez, Isco and Benat. Even the highly rated Sergio Canales could make his leap to the national scene, injury has thus far blighted his career, but Valencia seem confident he can maximise his potential. All of these players have had a much better campaign than the current Spanish contingent, Isco has made a lasting impact on the Champions League, Martinez has been solid in a Sociedad side that has lost just twice this year and Benat has been the catalyst in a successful season for Real Betis.

The Confederations Cup provides diverse opposition, Uruguay who are looking to rejuvenate themselves provide a test against world class players. Tahiti provide a unique test, it cannot be pin pointed what they will set up like. And Nigeria provide African opposition that is building with some excellent talent.

Germany domestically rattled Spain and the national team could easily do the same. They are very much the contrary to Spain, a side full of experienced youthful players. They are well prepared to conquer the world, after two disappointments at the World Cup 2010 and Euro 2012. The World Cup in 2014 will surely be theirs. The squad is well balanced and adaptable, Neuer is the solid basis behind the side as arguably the most solid goalkeeper in the world. The centre back pairing of Badstuber and Hummels is arguably the best in international football. In the midfield there is a mixture of control and energy: Reus, Gotze and Muller provide the pace and versatilely. While Ilkay Gundogan and Sami Khedira provide the graft and control. If Germany can emulate the form and style of their domestic sides- they are certainly the team to beat.

Italy could be a side to watch in 2014, at Euro 2012 they showed how much they have grown since the disappointment of the World Cup 2010 by reaching the final in style. Andrea Pirlo who earned so many plaudits on the way to the Euro 2012 final will again be able to push out another tournament. Mario Balotelli’s return to Italy has only been encouraging for Italian football, he has seemingly matured massively and is turning into the World Class striker that was promised. His partnership with Stephane El Sharaway could be massive in terms of Italy’s standing in world football. Strike partnerships are a dying breed, but a success with Italy could help revive the whole notion of them.

Like Spain, Italy are also in this years Fifa Confederations Cup. Cesare Prandelli will welcome what will be a very testing tournament as they face Brazil, Mexico and Japan. All three sides have lofty ambitions at next years World Cup with the former having the pressure of trying to impressing their fans before next year.

Scolari has not had it easy since returning as Brazil manager, with no wins thus far. The fans patience is beginning to wear thin, recently the pressure was a fever pitch as he stormed out on a press conference after being asked whether he would step down if they failed to win the Confederations Cup. In their recent friendlies they have been poor, Neymar has so far failed to impress the European football scene. While it does seem worrying when suggestions are being made that Oscar has been the best player. For his talents, at 21 he should be nowhere near Brazil’s best player. Their play recently has been lethargic with no real purpose or direction. At Wembley they looked extremely average, against Russia they were outplayed for spells in the game.

The Confederations Cup is make or break for Brazil. If they win it confidence will escalate that they can win the World Cup, if they lose they will be calling for the head of Scolari.

Argentina seem in a much better position to win the World Cup than Brazil. They have the best player in the world at their disposal in Lionel Messi, who is maturing into a top performer and leader at both club and international level. Erik Lamela has sent shockwaves around Italy for his talents for Roma and Angel Di Maria has arguably been one of Real Madrid’s most consistent performers this season. The transfer window could be big for Argentina, their centre back Ezequiel Garay could be set to make his big move from Benfica. While Gonzalo Higuain could rejuvenate his career away from Spain. Currently harbouring what could be perceived as the best attacking unit in international, it is difficult to argue against Argentina’s challenge.

Just over a year to go till the World Cup, 2013 is a massive year for international football. The Confederations Cup could provide some pointers in where Italy, Spain and Brazil end up. While the transfer market will be massive in terms of players flourishing at club level to ignite their international careers.