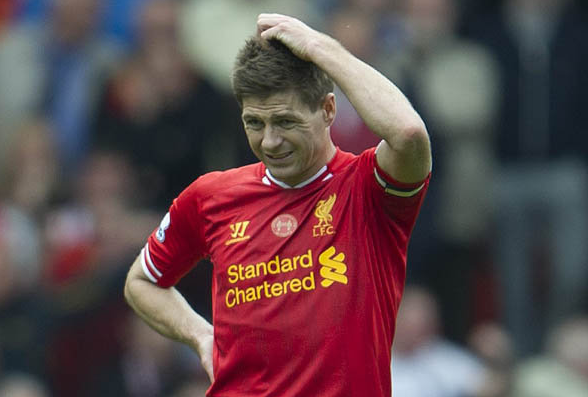 Liverpool may well have got the three points desired on their return to Champions League football on Tuesday night, but the manner of the 2-1 victory over Bulgarian champions Ludogorets Razgrad at Anfield underlined that Brendan Rodgers’ men still have many lessons to learn.

The Reds found a stubborn, and impressive, Ludogorets rearguard standing firm for much of the Matchday 1 fixture before Mario Balotelli finally broke the resistance with his first goal in a Liverpool shirt eight minutes from time.

From there, it should have been job done, march on to the next game. But it wasn’t. Instead, it was a return to the exact same problems that cost Liverpool a first-ever Premier League title last season.

With the game all but wrapped up thanks to Balotelli’s strike, Liverpool chose not to shut up shop, but instead look for another. It is a refreshing way to play the game, but Rodgers’ men do not appear to be getting the message.

Ludogorets took advantage of Liverpool’s thirst for more goals, counter attacking with pace more akin to their Premier League opponent’s to claim what look like a deserved point – reward for their tireless work and impressive defensive display – when Younes Hamza found Dani Abalo, who slotted home calmly after rounding Simon Mignolet in added on time.

What happened next – a Steven Gerrard match-winning penalty three minutes into four minutes of injury time – merely masked over the fact that Liverpool have yet to learn the lessons of last season’s Premier League capitulation.

Yes, Liverpool won the game. Yes, they ultimately claimed the three points and made a winning return to the Champions League. But what they didn’t do was eradicate the naivety that saw Manchester City handed the title on a plate back in May.

Rodgers’ side are young, but they are refreshing, play football the Liverpool way and have a thirst and hunger to attack, attack, attack. What they have to learn, though, is when a game is won.

Last season Liverpool lost to Chelsea when all they needed was a draw to ensure their title fate remained in their own hands. Then they subsequently drew at Crystal Palace after giving up a three-goal lead attempting to score a glut of goals. On both occasions, it was a wetness behind the ears that proved to be the problem.

A point would have been good enough against Chelsea. With the damage done following Gerrard’s slip and Demba Ba’s match winner for Jose Mourinho’s men, Liverpool should have been taking nothing less than three points at an in-form Palace to keep the heat on Manchester City and reduce the goal difference deficit between the two clubs. Pressure can do funny things to people, and who knows what would have happened had it been turned up on City.

At 3-0 up, Luis Suarez grabbed the ball from the back of the net with the kind or urgency more expected of a side needing one more goal to level the scores, not one three goals to the good. Three Palace goals and two dropped points and the title was gone. They were harsh lessons that make or break a group of players.

The bad news for Rodgers is that even with new faces among his squad this season, the same naivety remains. If the victory over Ludogorets pointed anything out, it was that Liverpool need to learn when not to chase a game if they are to fulfil the promise and potential they undoubtedly possess.