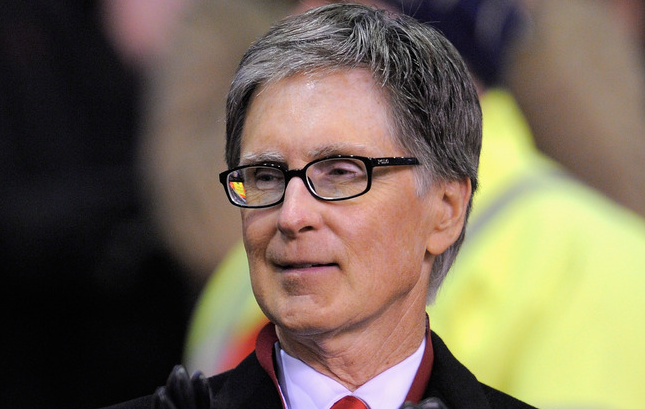 Three games into the new season, and Liverpool are already in a state. It’s hardly a shocking revelation, in fact it’ll be easier to reflect over the past few years and pinpoint a time when they were not in crisis. Once again, the bane of the supporters is the club’s owners.

Following the closure of the summer transfer window, Liverpool fans recoiled in horror at removal of Andy Carroll and the lack of a replacement. In an instant, a realisation dawned on the Liverpool faithful; where are the goals going to come from? All of a sudden, Andy Carroll has been depicted as an acclaimed goal scorer and a vital component of the Liverpool squad despite the fact that for the previous eighteen months he was the laughing stock of English football having contributed a measly six league goals in his brief Anfield career.

In perspective, Liverpool had a fairly successful transfer window. Since Brendan Rodgers was assigned his post as manager in June, he has steadily gone about eradicating any remnant of the ill-fated reign of Kenny Dalglish. Key players during King Kenny’s tenure have been shipped out. Charlie Adam was sold to Stoke on deadline day, Jay Spearing was shipped out on loan to Championship side Bolton, whilst Dirk Kuyt and Maxi Rodriguez moved to Turkey and Argentina respectively to join Carroll on the outgoing list. Rodgers then went about stamping his own mark on the club and signed Joe Allen, Fabio Borini and Nuri Sahin amongst others. The first two Rodgers knows very well; Allen was a star of last season as Swansea broke tradition and claimed an excellent mid table position in their first season in the top flight, and Borini impressed Swansea when on loan from Chelsea during the Swans’ promotion year in the Championship. On paper at least, you have to agree that Allen, Borini and Sahin represent an upgrade on Liverpool’s panel.

Therefore, Brendan Rodgers has a strong side to play with. A top six finish is certainly within their grasp, whilst a top four spot is not wholly impossible. The Reds have a strong spine with which to work with. Pepe Reina, Martin Skrtel and Daniel Agger, Steven Gerrard and Luis Suarez represent a solid base to a team that should be much more competitive than what they have offered so far.

The fans do have a right to be unhappy with the poor start to the season. The 3-0 opening day defeat to West Brom immediately placed pressure on Rodgers, though they did improve in the following game to champions Man City. However, the defeat to Arsenal last weekend suggests that Liverpool lack the guile and steel to really challenge the top sides in England. Arsenal were in a similar state to Liverpool going into the game. They had yet to score in the league and put in two limp performances against Sunderland and Stoke in the build-up to the match at Anfield. Despite that, they outplayed Liverpool and deserved the win. That should be cause for concern for the Liverpool coaching staff.

The poor start means that Brendan Rodgers is already feeling the heat. You sense that he could be another Roy Hodgson in the making. After the international break, which is well timed from Liverpool’s point of view, they face Man United at home. A win against their hated rivals would get the fans behind Rodgers and inject confidence into the team to get their season going. A defeat, however, would turn the Kop against the manager even more, and the owners will inevitably come in for more abuse regarding their leadership of the club.

Regardless, the club owners and the current manager cannot be held accountable for the troubles at Anfield. FSG, led by John W. Henry, gave Dalglish over £100m to spend during his reign. He squandered it by over spending on the likes of Jordan Henderson, Charlie Adam and Stewart Downing. FSG certainly didn’t help matters by selling Fernando Torres on the final day of the 2011 winter transfer window, but surely Dalglish could have recruited a better replacement than Andy Carroll?

In any case, the end result was an appalling 8th place finish and the sacking of the Liverpool legend. Rodgers has inherited a side short of morale and in desperate need to placate the supporters. Henry and his consortium shouldn’t have to release an open letter to the fans explaining their actions over the summer, but such is the drama at Anfield that every move is scrutinised and compared to glorious times gone by when the club were the cream of Europe’s crop. Unless Rodgers is given the time and space to reverse the club’s fortunes and get them performing once more, starting with a top 6 finish this season, Liverpool will continue to be stuck in the mire with finger pointing being the more prevalent sport than football at Anfield.

As it stands, Liverpool’s odds have risen to around 7/2 for a top four finish with the sports betting sites and online casinos, and if you don’t fancy placing a bet then you could check out the football slots at Bellerock Entertainment (visit here). Champions League qualification is the harsh criteria they may be judged on.