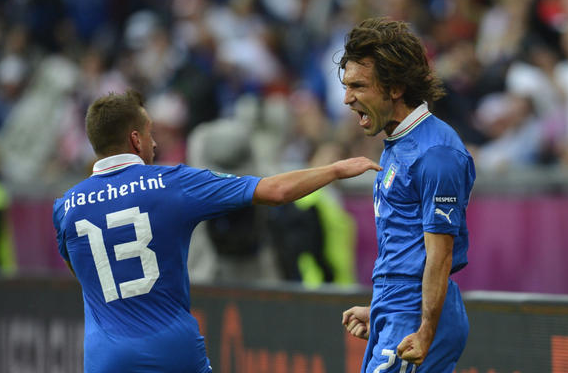 After two defeats from two games, Ireland are out of the European Championships but still have to somehow motivate themselves for a clash with Italy. Giovanni Trapattoni faces his home nation for the first time and has made it very clear that he will be putting out his strongest side.

Italy, meanwhile, need a win to give themselves a chance of making the quarter finals and will be hoping Spain can come out on top against Croatia in the group’s other game.

It’s impossible to generate the same enthusiasm for this fixture as it was the two that preceeded it but it’s still a game at Europe’s premier international competition, and we may not see another for awhile.

It can only be Mario Balotelli for the Italians can’t it? My staple bets are for Mad Mario to either get booked or score a goal every time he plays and he usually delivers. After wasting some good chances against Spain in particular, you could say he is due a goal and he won’t get a better opportunity than against a shaky Irish defence.

At right back, Christian Maggio  has been impressive thus far, and he will look to get forward at every opportunity.

Irish stalwarts Shay Given, Richard Dunne, Damien Duff and Robbie Keane are all heading towards the end of their excellent international careers, and if this is to be their last game at a major tournament then they will be looking to go out on a high. All four should be involved as the spine of the team.

Well it can’t get much worse for Ireland…or can it? Defeat by more than two goals will see Ireland become the worst team in the history of the Euros, a very much unwanted title.

Italy will be going all out for a win to give themselves a chance of making the knockout stages, and they’ll be hoping Spain can do them a favour in the other game.

It’s all about pride for the Irish and they certainly owe the travelling support a performance after two very poor efforts. However, it’s hard to predict anything other than a win for the Italians.

For the best odds on the game make sure to head over to Setantabet.

There’s a tidy little chatbox on the right hand side so feel free to share your thoughts, or drop us a tweet on @bpfootball and we’ll feature the best ones.