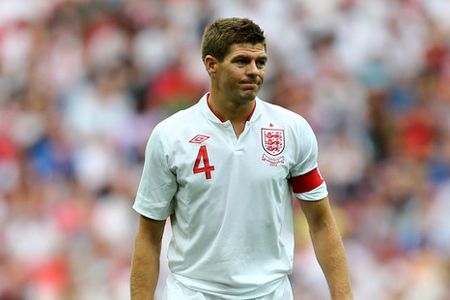 Roy Hodgson’s England side go into Euro 2012 with the lowest expectations in many years. In a pre-tournament setting filled with controversy and questionable decisions, the fans and media are not banking on a long run into the summer this time around. But this could very well be a blessing in disguise. England go into this game as the major underdogs, against a French side that is completely different to that of 2010 – where they were knocked out in the group stage. Instead of Wayne Rooney leading the line, youngster Danny Welbeck has been given the task of trying to find a way past Hugo Lloris, Philippe Mexes and Adil Rami. Alex Oxlade-Chamberlain has been given the nod ahead of Stewart Downing, despite only playing a dozen games at a Premier League level. Ashley Young is behind the striker, where otherwise England line-out as expected.

You have to admire Hodgson for going with such an untested line-up and favoring youth, speed and fearlessness over the tried and uninspiring same-oldedness of the likes of Downing.

France have had a turnaround of epic proportions since the embarrassment of South Africa. Laurent Blanc has revitalized a downbeat side that were very much Les Miserables under the tenure of Raymond Domenech. Karim Benzema and Franck Ribery are playing their best football in the national side, while the quality of Yohann Cabaye and Samir Nasri provide superb quality on the ball with added creativity and nous. There are some fitness worries over some of the French players, as this games comes too soon for the excellent Yann M’Vila who will sit it out.

On the English side, Alex Oxlade-Chamberlain is undoubtedly the player to watch in just his third game for England. The Arsenal attacker is fast, confident on the ball and will provide plenty of determination, grit and technical ability down the left hand side. Danny Welbeck has plenty of ability and up front will be threatening leading the line.

Franck Ribery is a player with enormous potential, but has never really delivered on the biggest stage. He goes into this in form with both club and in recent friendlies for his country. He’ll look to take on the England full backs and create some chances for Karim Benzema up front.

France to have too much craft and guile which will open up England on more than one occasion. England will perform above expectations and should nick a goal, but won’t have the quality in midfield to deal with France when they lose the ball. 2-1 France.

There’s a shiny new chatbox on the right hand side to get chatting, while any tweets @bpfootball will get featured throughout the liveblog.