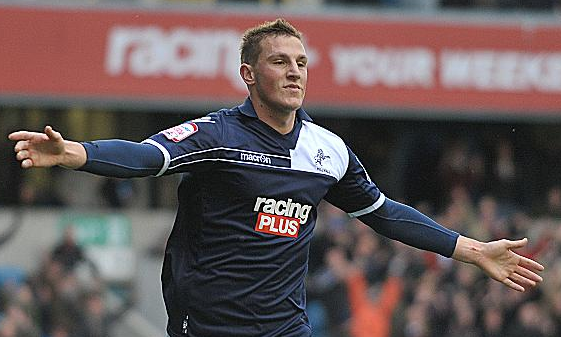 It is a considerable achievement to survive in an environment where the pressure to succeed is intense, the competition equally so and the fixture list long and gruelling but that’s exactly what Kenny Jackett has done at the Den. Millwall’s win against Leeds pointed Jackett and the Londoners firmly in the direction of the Premiership.  It is a remarkable achievement that has received little or no coverage due to a combination of Jackett’s understated nature and Millwall’s somewhat unfashionable image as a club.

As a player, Jackett was a one club man playing for Watford throughout the eighties. He was a cultured left footed player equally at home at left back or in the centre of midfield. He played well over three hundred games for the Hornets and gained 31 International caps with Wales. His career came to a premature end in 1990 when at the age of twenty-eight Jackett was forced to retire with a serious knee injury.

On retirement Watford recognised his potential and he stayed at the club working in various coaching roles with the academy, youth player’s reserves and first team. Six years later, at the age of thirty-four he was handed the managerial reins at Vicarage Road.

That stint only lasted for one season because he was unable to resurrect a dispirited Watford who had been relegated to Division Two, and he led them to a disappointing thirteenth place. At the end of the season he was moved across to be assistant manager to his old boss Graham Taylor. During his one season in charge he achieved a club record of 22 games without defeat, but Jackett never seemed to have the full backing of the supporter base.

As assistant manager he helped Taylor to two consecutive promotions and a season in the top flight. When Taylor left at the end of the 2000-2001 season the incoming manager Gianlucca Vialli had Jackett moved out.

On leaving Watford for the first time in his career Jackett was appointed as number two to Ian Holloway at Queens Park Rangers. He helped Holloway guide Rangers to promotion from the Second Division and after three seasons at Loftus Road was offered the manger’s role at Swansea City.

Jackett went about transforming the welsh club. One of the first things Jackett worked on was Swansea’s tactical cohesion something which still marks out any Kenny Jackett side.  He urged them to keep the ball but more importantly to keep their shape when they lost it.

In Jackett’s first full season in charge he gained promotion for the club from League Two and won the Welsh Premier Cup. In his second season he guided Swansea to the League One play-off final, losing on penalties to Barnsley.

The following  February , despite being in top six in League One for the majority of the season, Jackett left Swansea by mutual consent, stating that “he didn’t think he retained everybody’s backing at the club”. He had certainly become unpopular with the fans. There was a growing call for his head from the stands and Jackett soon left despite his solid record.

Jackett’s stock is higher in south Wales now.  Huw Jenkins the Chairman openly acknowledges that Jackett deserves credit for began the culture of success that subsequently helped Roberto Martinez and Brendan Rodgers achieve what they did.

Prior to taking on the Millwall managers position Jackett had been working as a coach under Sven Goran Eriksson at Manchester City. He worked primarily with the youth team and his work was rewarded when he was appointed reserve team boss at City. This job was to be a temporary one and just a few months later Jackett had departed for Millwall.

When Jackett took over in November 2007 Millwall were a club stuck in a rut. They London outfit were languishing in the lower regions of League One staving off the threat of relegation but with little or no hope of promotion. Since then he has built a solid side that play nice if somewhat unspectacular football.

One of the most impressive aspects of Jackett’s reign at the Den is his ability to overcome adversity. After the heartbreak of the 2009 playoff final defeat to Scunthorpe, Jackett successfully got the players to put the disappointment to the back of their minds and to focus on gaining promotion the following season. Promotion did follow and two seasons on Jackett has successfully consolidated Millwall’s position in the championship.

While Jackett is an understated character he does not lack ambition.  Jackett believes that the group of players he has now is it more than good enough to hang around the playoffs until the end of the season. The one worry is that striker Chris Wood’s loan deal expires in January and this would be a big blow for the lions if they failed to renew his deal.

Indeed the transfer market further reinforces Jackett’s strengths as a manager. Jackett has used the loan and free transfer market will previously bringing in Maik Taylor and Andy Keogh on short term deals before signing them on a permanent basis.  His eye for detail and a bargain have helped Millwall operate on one of the lowest budgets in the league.

Despite his tactical acumen and his savvy in the transfer market it is still a huge ask for Millwall to maintain this form right through to the end of the season. Regardless of what happens between now and the end of the season nothing should take away from Jackett’s achievement at The Den.

It is worth remembering that Kenny Jackett has just had his fifth anniversary as Millwall manager. In the five years before he succeeded Willie Donachie, the club had seven managers and three caretakers. Jackett’s longevity is proof of his managerial ability and should the lions maintain their current form he may have an even more tangible proof of his success come the end of the season.