Away from the transfers that were heavily scrutinised by the media, there were surprises to be found in the last transfer window.

This summer was different from most; with a majority of the smaller clubs having made some of their shrewdest signings ever, they have the ability to compete for the higher reaches of their respective leagues.

Most of these shocks were to be found in Spain – a new TV deal has injected much-needed cash in a league where most clubs are in financial turmoil. But with the occasional surprise popping up somewhere around the world, the shocks of the transfer window have been more internationally dispersed that ever before.

So let’s take a look at the transfers in Spain that the media should have concentrated on, but didn’t. 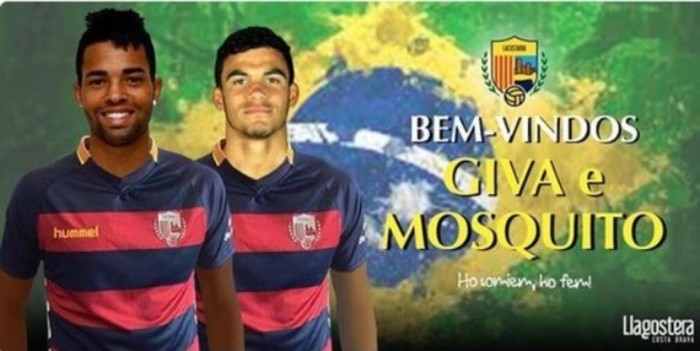 The transfers of the season involved two Brazilian players – a player who starred at a FIFA youth championship and a player formerly tracked by Barcelona. No, not Ganso and Neymar; Mosquito and Giva. Mosquito, the star striker of the 2013 FIFA U-17 World Cup, arrived in the port-city of Palamós along with Giva, where they joined the smallest club in the top two divisions: UE Llagostera, the club that just over a decade ago played six divisions below. Better still, they joined for free. Two South Americans leaving their homeland to join a European club for free, sound familiar?

There were other surprises too: Almería were able to sign a former Real Madrid and Manchester City striker. Thankfully, not Robinho, but José Ángel Pozo. The club found the frankly measly €500,000 to sign a player regarded as this season’s back-up for Sergio Agüero. For a club that didn’t exist 30 years ago, and was relegated last year following a campaign involving four managers, that’s pretty impressive.

Deportivo de La Coruña had an excellent summer, which included the free purchases of Fernando Navarro, Alejandro Arribas (both Sevilla), Cani (Villarreal) and Jonás Gutiérrez (Newcastle). They also loaned in Luis Alberto (Liverpool) and Federico Cartabia (Valencia) – one of the few bright players in Córdoba’s dismal campaign. Moreover, by losing exactly zero key players from last season – even Celso Borges hasn’t left and is no longer a loanee – they are set for a major improvement on last year’s 16th place finish.

But surely, the most topsy-turvy La Liga summer award would have to go to Rayo Vallecano. First, they signed Zhang Chengdong, the first Chinese player ever to play in La Liga,  which produced a row between coach and director. Then, they went on to buy two frighteningly good players for free – Patrick Ebert, the winger that put in this breathtaking, man-of-the-match performance, and Javi Guerra, who scored 15 out of Valladolid’s 38 goals in the 2013-14 campaign, including three against Celta (watch how Ebert and Guerra combine to deadly effect). And then, to top it all off, the poorest club in the division purchased a majority stake in Oklahoma City FC in the NASL, without a ball having been kicked. Ever.

There were player decisions that were baffling too. Two players left Eibar for Atletico – the one in Kolkata, India. And one of them was Javi Lara, the 29-year-old player who kick-started Eibar’s first ever top flight season with this ridiculous goal against Basque rivals Real Sociedad. Goalkeeper Eñaut Zubikarai left Real Sociedad and joined, well, nowhere. And finally, at the age of just 30, striker Joaquín Larrivey decided to leave the sunny Balaidos for the even sunnier Abu Dhabi, joining Baniyas – and only after Norwich City extraordinarily pulled out.

Even though the new La Liga TV deal seems to have improved clubs financially, it doesn’t explain Real Betis’ sum total spending of €8.85 million, not including the free transfers of Rafael van der Vaart, Heiko Westermann (both Hamburger) and Juan Vargas (Fiorentina) – all on hefty wage packets. On the other hand, credit should be given where credit is due. After long, hard years in financial turmoil, prudence has reaped its rewards, and Levante were able to spend over €3 million on players this summer.

However, Spain still has a long way to go if it wants to financially rival other leagues; Jon Errasti, a midfielder who had never played anywhere outside the Basque Country, left to join Italy…in the second division. Apparently Spezia, who were declared bankrupt in 2008, were able to offer higher wages than a club with zero debt. Moreover, Espanyol sold their 12-goal striker Christian Stuani to Middlesbrough for €3 million, but only received €300,000. The club only owned half of the striker’s playing rights, and still owed Italian club Reggina – who owned the other half – €1.2 million from when Los Periquitos made his year-long loan deal permanent in the summer of 2013. An indication that maybe more money in La Liga is not just necessary but essential.

But maybe the most unheralded surprise in Spain was not in mainland Spain. The Balearic Islands-based Mallorca signed FIVE South American loanees – three from Brazil, and one each from Argentina and Paraguay. Thankfully, all were able to register (even though only three non-EU players are allowed) as the non-Brazilian natives had dual nationality – but not before Mallorca released Brazilian João Victor in comic circumstances after they realized there were just too many Samba Boys!!

Looking at the bigger clubs, the surprise at Real Madrid was of a departure that didn’t happen – Jesé was widely expected to leave following a right knee anterior cruciate ligament rupture. But the player wants to stay – he felt that “good things come to those who wait”. Problem is, good things may not happen at all. And Peter Lim’s Valencia somehow thought that Álvaro Negredo was worth more (€28 million) than the annual budget of Hoffenheim – and this is a club that just signed Copa America winner Eduardo Vargas.

This was part 1 in a three-part series on this summer’s transfer surprises…keep a look out for more lesser-known shocks in Part 2, where we look at the rest of Europe, and part 3, where we end with a tour of the other continents.