Legacy: it’s a word we in the United States toss around frequently with regard to people in the public eye, particularly musicians and athletes. It is as remarkable how long it takes to build a positive legacy as it is quick to destroy it. A single kerfuffle can derail a once-promising career. One bad miscalculation can easily overshadow a life of wonderfully executed performances. Sometimes, of course, it isn’t so quick.

We as humans tend to marvel at the actions of others of which we know we are incapable. “Everything is possible” rhetoric aside, we generally recognize our physical and psychological limitations within the first twenty or so years of our lives and, more or less, resign ourselves to living in reality, outside of our dreams, admiring the feats of people who accomplished what we once felt was within grasp. The legacies of our favorite public figures, then, become projections of ourselves, with shared hopes, accomplishments and misfortunes. 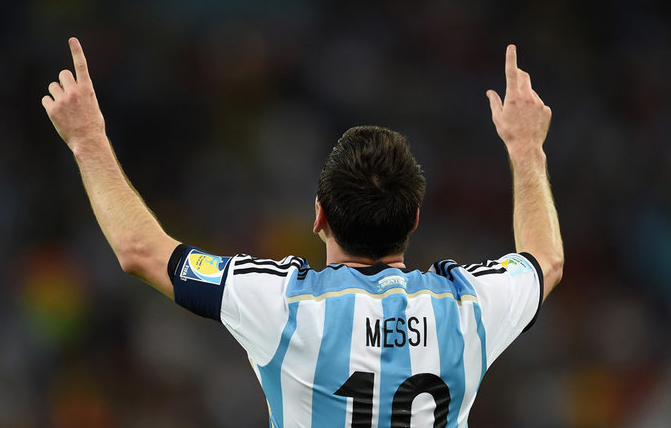 Some already hail the 2014 FIFA World Cup as the greatest there has ever been. With only the final and the third-place games remaining, it is easy to bask in the glow of such a thrilling, unpredictable tournament as this, particularly in the shadow of the protests and political dialogue which preceded the games in Brazil. With the exception of Germany’s historic 7-1 drubbing of the host nation in the semifinal, the games have generally been relatively close and fairly competitive.

Even the United States seems to have finally understood the joke at the party, with several media outlets directing Americans to other teams in the wake of our own exit (Examples: here and here). The legacy of this World Cup should be one of exuberance and practicality, with sprinkles of Spain’s abdication and Luis Suarez as reminders that not all which glitters is gold.

What we have to look forward to in the final is a matchup which features the world’s best player, Lionel Messi of Argentina, facing the world’s most pragmatic side in Germany. The Germans, of course, faced high expectations coming into the tournament, but they always do, and they always come up short. Their last major tournament victory was at Euro ’96, and their last World Cup triumph came when the team was still West Germany in 1990. The well-oiled machine tends to break down far more often than it should, and it would be almost surprising for the team to win on Sunday if not for its dominant run thus far, the group stage draw against Ghana notwithstanding.

Messi, on the other hand, will confront nagging demons of his own. For about as long as Germans have come up short in international tournaments, fans and critics have (unfairly) derided Messi as a glorified club player, a product of his system unable to fill the Argentine cleats of his legendary countryman, Diego Maradona. Despite his incredible goal scoring ability with FC Barcelona, detractors have pointed to Messi’s missteps with Argentina as the one critical hole precluding him from a discussion about the all-time best to ever play this game.

Nevermind how difficult it is for a team to win a World Cup in the first place; it rests solely upon the sloped shoulders of Messi to single-handedly carry his nation, a nation which does not accept him as one of its own, to glory. Anything less, they believe, is a monumental and inexcusable failure. The Argentine people cannot do it themselves, so he must be the vessel through which all of their wildest dreams of grandeur are filtered. If he wins, he might win over his nation. If he loses, they return to benign indifference and Maradona worship. Such is the plight of a 27-year-old genius.

When LeBron James announced his return to the Cleveland Cavaliers of the National Basketball Association, he dictated that his own legacy would be one of redemption. Having never won in Cleveland his first stint there, he went to Miami and gathered championship experience. Now, he feels ready to re-capture the hearts of his former fans through the delivery of success, the likes of which they have not known for decades.

Like James, Lionel Messi is the very best player in his sport today, right in the midst of his prime. He has won countless titles and awards at Barcelona, all the while learning what it takes to be a leader under the expert tutelage of world champions Xavi, Iniesta and the rest. Messi has a chance to define his own legacy on Sunday in the Maracanã, a stadium which creates legends the way Guinness creates stout.

Facing a machine, Messi must be impeccable, drawing defenders away to create passing lanes and finishing elusive runs in the final third. Should Argentina step off the field with a relatively unexpected World Cup in hand, it will be Messi who attracts critical acclaim and solidifies his legacy as one of the greatest.