Only a couple of weeks ago on national radio Roddy Collins stated in no uncertain terms that he was ”done with League of Ireland football,” but earlier today the former Bohemians boss was announced as the new man in charge at Waterford United.

Speculation had rumbled for a couple of days previous that the ”Rodster” was set to make a dramatic u-turn and dip his feet back into League of Ireland waters and, as ever, Collins’ appointment has been met with a mixed reaction. 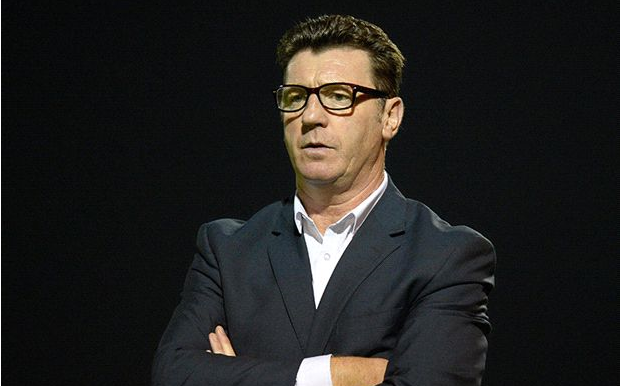 However, there is no denying that Roddy Collins is box office gold and his return to the First Division is exactly what the second tier needs in terms of PR and national coverage.

In a recent article for Back Page Football, I discussed Roddy’s aim to stay relevant and in the mind of LOI chairmen, with the Dubliner coming in for tones of criticism for some of his comments regarding the domestic game since leaving Derry City early last year.

Roddy’s ability to draw a reaction from the LOI public, even while out of the game, is totally unrivalled and now that Mr. Controversy is back in a dugout we can expect plenty of attention to be focused on Suirside in the coming months and that is good news for the First Division.

Collins’ last stint in what is often referred to as the ”Graveyard of Irish football” came with Athlone Town in 2013 and his impact both on and off the field that season is a perfect indication as to what ”Blues” fans can look forward to in the next two-and-a-half-years.

Upon Roddy’s arrival in the Midlands, he made it clear he was there for one target and one target only, promotion. Now while Collins is yet to make such bold claims upon his latest appointment, it is that sort of outspoken confidence that will draw the press to the RSC and in turn to First Division grounds around the country.

One game from Collins’ last reign in the second tier stands out in my mind, in particular as to the ”Dub’s” ability to make himself and his football club the centre of the world’s attention. Athlone Town had dragged themselves right into contention for the league title and all that now stood in their way was local rivals Longford Town.

Having cut down a 12 point deficit, Athlone arrived at their arch foes ground with the chance to overtake them at the top of the table with a win. For the first time I can ever remember, the Midlands Derby, known as ”El Clasico”, was dominating the headlines and airwaves both locally and nationally for the entire week leading up to kick-off.

The Athlone supremo had been incredibly respectful to his Longford counterpart Tony Cousins all season but now that he sensed blood, Collins went on the attack and the results were sensational.

A scathing rant about Cousins style of management and pinpointing the hosts as a one man team had everyone talking and as a result the biggest crowd of the entire First Division season (at that point) turned out to see what was now being billed as the biggest Midlands Derby in history.

Waterford United can confirm that Roddy Collins has been appointed as first team manager. pic.twitter.com/buyFCR6GQ5

The big game atmosphere and media presence at City Calling Stadium that day is something most Premier Division clubs can only dream of and it is Roddy Collins and his PR machine that deserve a large chunk of credit for that.

But what of Collins’ chances of success at his new club? On the field, Waterford United are rooted to the bottom of the First Division with only two points from their last eight games with arguably one of the weakest squads in the club’s history.

However, already the maverick manager has stated he has a list of players lined up to turn the club’s fortunes around and if that is done sensibly in a financial sense then you would not back against another promotion for Roddy Collins, but that’s a big “if” given Waterford’s money troubles in years gone by.

Either way, we have another enthralling chapter in the Collins story to look forward to in 2015.