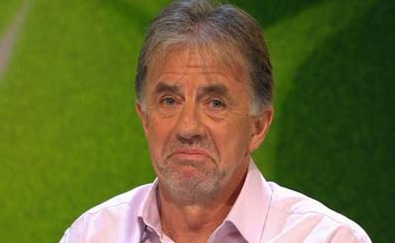 Another breathless week in all things football. So much so that rather than ramble on with some sort of weak, dragged out metaphor i’m going to just go straight in at the deep end. But carefully, sitting in on the edge, dipping my toes in and lowering myself down slowly. Feel free to dive in but remember – no petting.

Newspapers have provided us with some of the most brilliant nicknames of recent times. Harry ‘Arry’ Redknapp, Steven ‘Gerro’ Gerrard, Wayne ‘Roo’ Rooney (try and say that without sounding like you’re flirting with the middle joint of someone’s leg) and the unforgettable ‘Little Porno’ Emmanuel Petit. Well, Ok not that last one – but they should have and if anybody is running a retrospective newspaper in 1998 and requires my services feel free to get in touch. ‘The Mirror’ upped the nickname stakes this week and boldly declared Tottenham’s Gareth Bale to be ‘The £105 million man.’ A slightly more accurate nickname would have been ‘The £85 million on the drip, if our made up story to be believed. Plus the addition of one or more players in exchange, possibly, man’ but who can afford the extra pages?

Nevertheless, accurate or not, it only served to make Bale sound like a slightly over budget episode of Grand Designs – (‘they refused to back down on furnishings and who can blame them when the result looks like this?’) or the result of some serious one upmanship in a fierce children’s literature superhero creation war, leaving the £100 million man shattered by his loss, barely able to form a heart to camera with his two hands. I also have my suspicions that the fee was created to be exactly that of three Andy Carrolls, or 290,000 Seamus Colemans, a fact available to cut and paste from all good ‘Football Humour’ twitter accounts. In future, it would be infinitely more helpful if The Mirror could just lead with the relative algebra – B = 3AC

Bob Marley never got a chance to sing ‘Sit up, shut up, your creased shirt’s far too tight’ but then Bob Marley never got a chance to see Mark Lawrenson perform his expert punditry on BBC One’s ‘Match of the Day.’ And sadly he never will because Lawrenson is about to see his role ‘reduced’ in the coming season. And also because he is dead (Marley, not Lawrenson). After years of being the show’s flagship fathead, Lawrenson (according to a friend) has discovered that “Somebody just decided they don’t like him anymore,” which raises two important questions ;

Don’t celebrate too soon, though. While Lawrenson being off the air more often than not is undoubtedly a good thing, the presence of such distinguished alternatives as Peter Schmeichel (McBane without the comic timing) and Michael Owen (the world’s first whoopee cushion-head boy hybrid) hardly hint at a more insightful future. One interesting angle could be the employment of Gus Poyet – a man (allegedly) known to not be fond of being surrounded by steaming great turds. Good luck, Gus.

Huge news on twitter this week (sometimes known as unimportant nonsense) as some members of the social networking site took part in a 24 hour ‘silence’ during which they tweeted nothing but the hashtag #twittersilence in support of a peer who was subject to a series of derogatory comments/threats on her timeline. Being a football site, this isn’t really the place for discussing just how daft the whole thing was but it is the place for suggesting a similar protest. Next time Phil Neville tweets a plug for his wife’s nutrition drinks/bars/socks or Rio Ferdinand shares a picture of him doing a press up (formerly ‘planking’) or Jonjo Shelvey decides to pass comment on the relative ease of spending a huge chunk of your (low) wage on watching a one man ‘Right Said Fred’ tribute act run around aimlessly, could someone with sufficient sway ask twitter to include a ‘Report This Rot’ button? Cheers.

Finally, Daniel Levy a man with the ability to inflate a price quicker than Wonga themselves drew criticism this week for splashing out £26 million pound on a new striker before transporting him to London via an Easy Jet plane. I’m not really sure where to start with that one; I almost dropped my LIDL bag in the lower quarter of my west wing when I heard it. I say, ‘I almost did’ – my butler almost did – almost costing him his £110 daily rate. Or the price of two easy, care free criticism seats at the Liberty Stadium. Let’s call it 2Xecfcs@tls for ease.