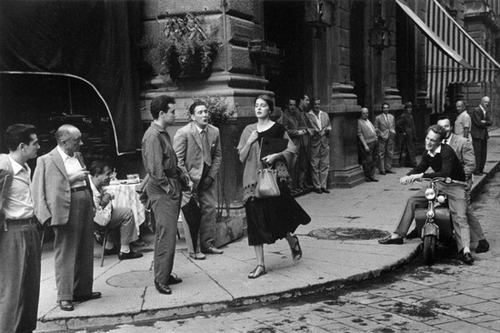 No, not that one but Hugo Mallo, our gyrating Galician starlet and Grade ‘A’ buffoon who amply demonstrated something we’ve all known for a long time – that many (not all, but many) footballers are a bit silly. Hugo is clearly no exception. Due to injury, our protagonist was ruled out of the spicy Galician derby against the eternal enemy Depor. A win for Celta here would have seen them pile the pressure on Depor whilst alleviating some of their own relegation woes. As it turned out the older, more wizened warriors from A Coruna out smarted Celta by winning three goals to one, giving Os Turcos a glimpse of the slenderest shaft of light at the end of the tunnel marked ‘RELEGATION!’ and puts pressure back on the boys from Vigo. And Hugo’s non-playing role in all this?

As an injured non-traveller he took it upon himself to take a fan-club charabanc with a posse of other Celtinas. During the journey Hugo decided to cunningly alter a ‘for sale’ poster – an increasingly common site on Spanish property in these days of austerity – and place the Depor crest where the phone number would usually live so that the whole read as a kind of ‘Depor For Sale’ sign – belly laughs it wasn’t. All rather immature and schoolboyish in itself but by allowing himself to be photographed and then letting that image go ‘viral’ his secret was out.

Not that this in any way peturbed Hugo from further bouts of camera friendly stupidity. Once in the stadium he plonked himself next to the fence dividing the the home and away fans at the Riazor and proceeded to insult the bemused looking opposition fans with a series of crutch grabbing usually reserved men who really should know better (see main image), a series of one fingered salutes, throat-grabbing (his own, that is) and other wild testiculations usually only displayed by a teenage hard man looking to further his ‘rep’ with his teams ‘firm’.

A couple of days later, a chastened Hugo appeared on TV to trot out the usual platitude laden lines of contrition and other blather, but the damage was done. He’d managed to cross the mine laden ground from player to fan and cross back again with his dignity having taken rather a bashing and a ready made suite of insults for the fans of whichever team he next appears against. On the plus side, Celta’s loss after a few weeks of positivity suggest that his transgressions probably won’t have the effect of banishing him from the first team for long.

Malaga managed to maintain their home form at the vegetable patch against Espanyol. Unfortunately for them, their home form is not becoming of Champions League quarter finalists. This all resulted in another three points to the Catalans who, assuming they keep moving in the right direction, will be a good Europa League punt for next season.

We said that Real Sociedad looked good and they proved my (hitherto unimpeachable footballing wisdom) by thumping Valladolid four one at home. Keep this up and the Champions League is a distinct possibility. Atleti needed a result at Osasuna to keep tabs on Madrid, and did just that with ex Rayo slouch Diego Costa bagging both goals in a two nil win.

Valencia thumped Betis by three goals to nil and seem to be heading into a battle with Real Sociedad for that coveted spot. Meanwhile Getafe were staking an equally valid Euro claim with a one-nil home victory over Bilbao who now peer toward the abyss. Not into it, you understand, as there are plenty of teams still firmly entrenched in that particularly unpleasant quandary.

Granada and Levante played out a one all draw. Granada will be happy with that, Levante’s season may have gone a little flat after a demoralising ninetieth minute defeat in Eurasia during the Europa League  tie to Rubin Kazan. Time will tell. Sevilla were busy remembering who they were and how much their squad is worth by giving Zaragoza a four nil going over. The Seville team have now secured mid-table whilst Zaragoza join Athletic in the abyss staring competition.

Real Madrid sealed a five two home victory of hapless Mallorca, in doing so cementing their own second spot. It’s a poor match to use as a harbinger of future fortune, but the Mallorquins look to be in big, bad, woe. And this despite the redoubtable Alan Hutton and his combination of high-tempo running around and elbowing the opposition alot.

Finally to the Camp Nou where Barca were pushed around for long periods by a neat, pass and move outfit in the guise of Rayo Vallecano. The home side were not, however, to be outdone in the actual business of scoring goals and despite Rayo’s very own metronomic Xavi style passer Roberto Trashorras getting the plaudits for distribution, the locals came out three one winners.

The coming weekend sees World Cup qualifying action the length and breadth of the old continent. Spain play Finland in Gijon on Friday – bring an umbrella – and then make the trip to France for the ‘decider’ in Group I next Tuesday. Other stand-out encounters include Scotland and Wales – not for the football but for an abject lesson in how the balance of the international game has shifted. Cyprus entertain Switzerland in a golden opportunity for journalists to use the respective nation’s finances as an indicator of their on field prowess. Ireland play Sweden in the Republic’s last real chance to make some headway on the “Road to Rio”. Let’s hope for their sake that Il Trapp has left his mobile at home. Although as my colleague claims to have a special pair of tri-colour Speedo swimming trunks especially for the World Cup, it would probably be better for all concerned if the Irish didn’t make it.

Toodle-pip and we’ll be back next Friday for another wry glance at La Liga.