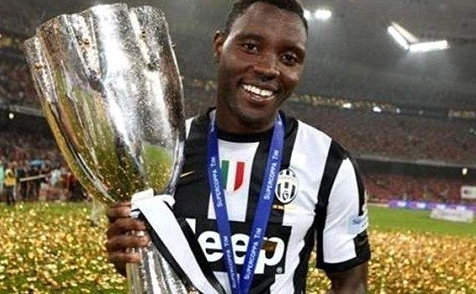 Last week, 4-time Afcon winners Ghana played their first pre Afcon 2013 warm up game in Abu Dhabi, against 7 time champions Egypt. The Black Stars won the game convincingly, putting three goals past an Egyptian side that most pundits branded as ‘weak’ and ‘inexperienced’, an assertion that blatantly took something away from the commendable effectiveness that the team evinced on the day. Three goals and a clean sheet is not only an encouraging pre tournament scoreline, but its also most certainly not one to sneeze at.

Tough tackling midfielder Emmanuel Agyemang Badu, fast becoming a reliable difference maker in the squad, headed in the opener, with skipper Asamaoh Gyan coming on in the second half to score the last goal, in what was his first Black Stars goal in over a year.

In between these goals was a typical striker’s finish by 18 year old Richmond Boakye Yiadom of Italian Serie B side Sassuolo (on loan from Juve). He finished a one-on-one after Kwadwo Asamoah laid the ball into his path via a delicious back heel after an interception.

Kwadwo Asamoah started that game from left back.

Of course, the decision by Ghana coach James Kwasi Appiah to start Asamoah – who is still regarded by most Ghanaians as the team’s only real playmaker(especially given Dede Ayew was dropped) – from defense caused much controversy. The predominant argument was that he was being ‘wasted’ in defense, as his creativity would be better harnessed in a much advanced role. There were subtle insinuations in the direction that Kwasi Appiah was copying blindly, as playing Asamoah at left back was not a proper reflection of his role at Juve, which has him playing a utility left wing back position within a three center back set up.

Amidst the debate, it must have come as a relief to see Asamoah finishing the game with an assist, from the gaffer’s perspective. The Juve winger has been steadily swallowed by the pressure associated with the play maker’s role in the Ghana set up over the last two years, as seen in his relatively quiet performances for the team since Afcon 2010. That nonetheless, Ghanaians, by all indications, are not ready to give up on him. At all.

To many, Asamoah is the heir apparent of the long line of Ghanaian play makers (who normally wear the number 10 jersey, though in his case, he prefers the number 20 to keep the pressure off him). “We have our way of thinking as footballers and fans have theirs too,” Asamoah told BBC Sport.

Former skipper Stephen Appiah was the last real playmaker Ghana had, and the influence he exerted that propelled Ghana to record breaking spheres (Ghana qualified for its first ever FIFA World Cup under his leadership) only raised the expectations bar even higher for his successor.

The former Udinese defensive midfielder had his best performance in a tournament yet at afcon 2010 in Angola, where his play making brilliance as well as vital assists (assisted both goals in the quarter final and semi final ) catapulted a handicapped Ghana side into the final.

In the qualifying campaign for the 2010 FIFA World Cup, Kwadwo Asamoah exploded, putting in performances that put him in the spot light as Ghana’s ‘player to watch’. And with Stephen Appiah approaching the twilight of his illustrious career, this also meant it was time to step in, and step up.

Two years later, and after being slowed down by the pressure(he has had his fair share of accusations that he is committed more and thus plays better for his club than his country), Kwadwo Asamoah finds himself in a potentially damaging position – the spot light. He’s no longer Ghana’s ‘player to watch’ (as that tag arguably belongs to 20 year old genius winger Christian Atsu), he’s now the player on whose shoulder a great deal of responsibility has been thrust upon. “The player that everybody has to watch is Kwadwo Asamoah,” Former Bayern Munich defender and Ghana International Samuel ‘Sammy’ Osei Kuffour told Goal.com Ghana. “This 2013 Afcon is his tournament. He has to put Ghana on his shoulders and do the nation proud”

With most of the iconic class of 2006 (Richard Kingson, John Mensah, Stephen Appiah, Michael Essien, Sulley Muntari, Laryea Kingston and co) out of the squad – and perhaps for good – Kwadwo Asamoah is one of the leaders of a new generation. Ghana’s 23 man squad for the tournament in South Africa has 10 debutants, a statistic that reflects the reality that is an inevitable squad transition.

Kwadwo Asaomoah, along with current skipper Asamoah Gyan will be the relatively ‘senior players’ who will be expected to bear the nation’s gargantuan hopes of ending a much publicized 31 year continental trophy drought.

His impressive performances at Juve this season has rather heightened the expectations to step up to the plate. It remains to be seen if he’ll finally deliver that influential tournament performance that his talent projects amidst the debate about what position he should be deployed in and what role he should play.

Interesting thing is, Ghanaians – the same people who’s expectations and role suggestions has created a kind of pressure that could potentially work against him – will not forgive him if he fails to shine once again.

“No matter what the situation, he has to go to South Africa and deliver and play very well” Sammy Kuffour continued.

The 24 year old must have looked out of his airplane window on Thursday as the team touched down in Port Elizabeth, thinking.

Thinking of how to come out of the tournament as the hero most expect him to be. Thinking of what will happen if he disappoints….or not.

See the video below for the thoughts of Asamoah and his Ghana team mates ahead of the African Cup of Nations.