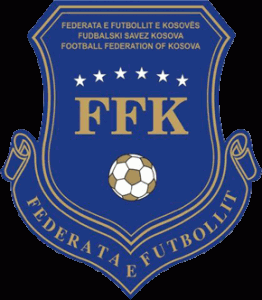 Kosovo-born striker, Shefki Kuqi has described the possibility of a recognised Kosovan national team as being “like a dream”, for himself and his compatriots.

Last month, FIFA extended it’s ban on Kosovan participation in international matches, in a decision labelled by the president of the Football Federation of Kosovo (FFK), Fadil Vokrri, as “astonishing”.

Speaking to BBC’s World Service, Kuqi; a former Blackburn, Ipswich and Sheffield Wednesday striker, currently plying his trade with Oldham; made it clear that he believes that the now-independent Kosovo deserves the chance to compete at international level. However, Article 10 of the FIFA statutes currently prevents the FFK from becoming a member federation, until full statehood and full United Nations recognition are secured.

Born in Vucitrn, in the North East of the troubled Kosovan region, Kuqi was forced to flee his homeland, at the height of the conflict between the area’s ethnic-Albanian population and Serbian forces led by, former Yugoslav President, Slobodan Milosevic.

The target man has since gone on to earn 62 international caps, for his adopted nation of Finland, and has forged a successful ten-year career in English football, becoming a cult hero, in no small part, due to his inimitable “swan dive” celebration.

After leaving the region, Kuqi was unable to go back to his home country, for ten years. When he eventually did return, he found a pro-active nation engaged in a rapid rebuilding process – in stark contrast to the paranoid atmosphere, amidst the frequent bomb attacks and burning buildings of the late 90s.

In his interview with the ‘World Football’ podcast, Kuqi spoke of the huge passion for football amongst the Kosovar people, where the financial rewards, for taking part in the sport, are limited but the youngsters play “because they love their football”. The 35-year-old believes that a legitimized national set-up would have the potential to be an “absolutely massive” boost to the motivation of young people in Kosovo, giving them a tangible sense of hope and direction – “something to aim for”, in Kuqi’s words.

Despite his optimism, about the progress that the region has made, Kuqi recognises that there is “still a long way to go” to prepare Kosovan football for any future international recognition. Getting the infrastructure in place, creating more places to play and train and better facilities, for fans and players alike, is something that he identifies as being vital.

Kuqi, understands, all to well, the difficulties faced by the Kosovan game and has been quick to offer the benefit of his own experience. When it comes to the possibility of coaching a future recognised national team, Kuqi states “I said to them, a few years ago, ‘anything I can do to help’. I’ll be the first one on the list.” 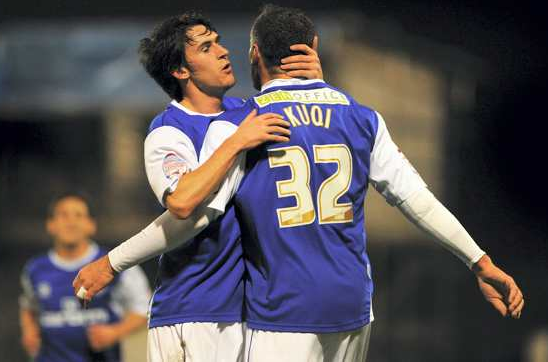 A former Kosovo manager, Edmond Rugova, has a different perspective.

Speaking to ‘When Saturday Comes’, in June of last year, Rugova indicated that he believes that the youth of Kosovo has been “ignored and discriminated against” by FIFA, despite the country now being an independent and democratic nation.

A Yugoslav youth international and former New York Cosmos forward, in his playing days, Rugova left his new home in the US, to take on the difficult role of managing the Kosovans. FIFA regulations left him struggling to find friendly opposition, for his outlaw national team, and he was, instead, left to focus his energies on holding training camps, around Europe, for young members of the Kosovan diaspora.

At one such camp, in the Swiss city of Basel, in 2008, Rugova first discovered a 16-year-old Xherdan Shaqiri. Now a highly sought-after 20-year-old, Shaqiri is star player for the Basel senior team and was selected, alongside fellow Kosovan exiles Valon Behrami (once of West Ham) and Albert Bunjaku (who’s father Albert Sr. is the current Kosovo manager), to represent Switzerland at the 2010 FIFA World Cup.

Other noteworthy exiled Kosovan players include; former Sunderland man Lorik Cana, captain of the Albanian national team; Juventus’s Milos Krasic, who has played 44 times for Serbia; the most recent of the gifted, Kosovan-Swiss Basel prospects to achieve international selection, Granit Xhaka; and Njazi Kuqi who, like his brother Shefki, has been capped by Finland.

“Kosovans will have to watch Kosovar players representing other countries and wonder” said Rugova, in 2010. “It will take at least ten years until Kosovo is recognised by FIFA, if Kosovo is lucky”.

The frustrated Rugova, ultimately, returned to the United States.

At the time of writing, 85 of the UN’s 193 member states officially recognise Kosovo’s existence. Amongst those who don’t are many nations with volatile civil divides of their own, including Spain, Romania and Cyprus. Such countries are unlikely to accept Kosovo, for fear or fueling the fires of separatism within their own lands.

In the face of this bleak outlook, there is still hope that Shefki Kuqi’s dream of a recognised national team will be realised.

Governing bodies in the sports of boxing, table tennis and softball have, since Kosovo’s 2008 Declaration of Independence, accepted the country into their respective folds.

Last year, in a show of tacit acceptance, the UN’s highest court ruled that the unilateral Declaration was not in contravention of any international law. Meanwhile, FIFA tentatively allowed Kosovan clubs, for the first time, to export their players to overseas teams.

“I’m very proud of what I’ve done.” said a positive Kuqi, reflecting on the difficulties that he has overcome, in his life and career, “I don’t want to see anyone else go through what I’ve gone through.”.