The Stephen Kenny era as senior Republic of Ireland manager starts next week and there is much hope that this could be a bright new dawn for the future of the national team.

There is certainly plenty of hope that Kenny’s tactics will be an improvement on the dour fair that has been the general output of the senior Irish team for the vast majority of the last 30 years and more. Having observed Kenny’s Ireland Under-21 teams and of course his Dundalk and previous teams, that hope would appear to have merit. 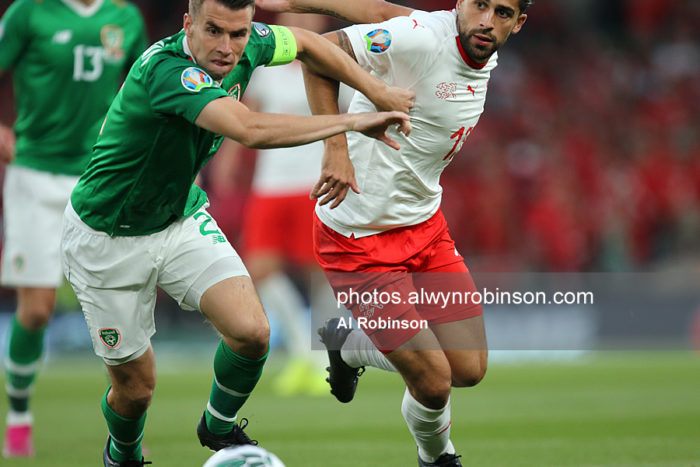 Onto what I feel should be his starting XI for his opening match as senior Ireland manager, that is the clash with Bulgaria in Sofia next Thursday.

This will come as a surprise to some readers and I do expect Darron Randolph to get the number one number jersey on Thursday. Randolph is very much a Stephen Kenny type of goalkeeper in that he is comfortable with the ball at his feet and can play tidy passes from the back.

However, Travers looks like establishing himself as Bournemouth’s first choice stopper and Randolph will start the coming season as he finished last season – on West Ham’s bench.

It’s unfortunate that arguably Ireland’s two best players of recent years have been in the same position. One of the great conundrums of the Mick McCarthy tenure was trying to accommodate both Séamus Coleman and Matt Doherty in the same XI. For me, room should be found for both.

There’s an argument that Coleman hasn’t been quite the player he used to be since suffering a bad leg break playing for Ireland against Wales back in March 2017. On his day he is still a top performer though, to such an extent that a few games before the end of the season just ended he was man-of-the-match in a Premier League clash for Everton against champions elect Liverpool.

The Cork man is one of a trio of Irish internationals who enjoyed a massively successful first Premier League season with Sheffield United in 2019/20. (A quartet if you count Callum Robinson who started the 2019-’20 season at The Blades before going out on loan and earning promotion with West Brom before returning to Bramall Lane.)

The Blades finished ninth and had the fourth best defensive record in the Premier League last term (behind only the top three of Liverpool, Manchester City and Manchester United) and Egan was a lynchpin at the back of that defensive effort.

The 27-year-old is also an attacking threat – particularly from set pieces. Despite currently only having eight senior Ireland caps, he looks set to be part of the Ireland set up for many years to come and has the makings of a future Ireland captain. 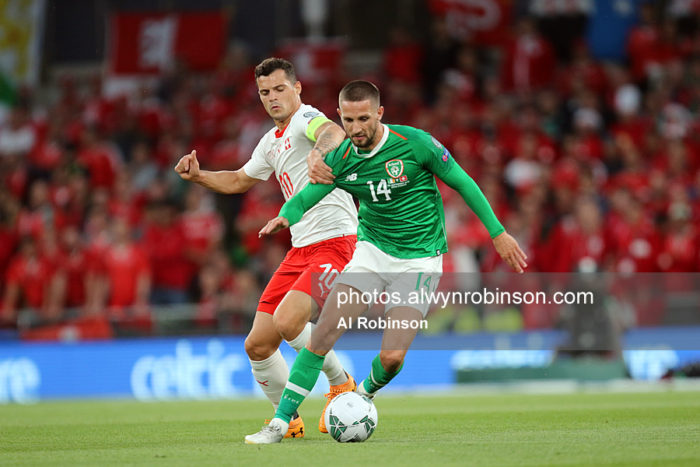 Prior to last season, Duffy had been an almost ever-present at the heart of the defence in the Brighton starting team for their two Premier League and promotion winning campaigns.

Under new manager Graham Potter, 2019-’20 saw reduced playing time for the Derry native, with increased competition at the back from players including new signing Adam Webster. It is believed that Duffy wants a transfer with Glasgow Celtic thought to be his most likely destination.

Duffy remains an important cog at the heart of the Irish defence and he should start against Bulgaria.

The second Blade in the Irish line-up, the Dubliner had a fantastic 2019/20 season, playing in the Premier League for the first time at 29-years-old.

He played every Premier League game for Sheffield United last season and was one of their most impressively consistent performers.

He’s clearly happy where he’s playing and he appears to have a few years in him at Premier League and international level yet.

McCarthy hasn’t played for Ireland for four years. He was out of football entirely for a year having broken his leg in 2018. He appears to be coming back into form once again having featured in all but five Premier League games for Crystal Palace last season.

He adds grit in the heart of the midfield and should he stay injury free could still be an important player for Ireland for a couple of more years.

The Cork man deserves to start because of his strong end to last season and his excellence from setpieces.

While Stephen Kenny’s tactics aren’t likely to focus on dead ball delivery, they could well be an important Plan B and Hourihane is the most proficient deliverer of a dead ball in the current Irish setup. 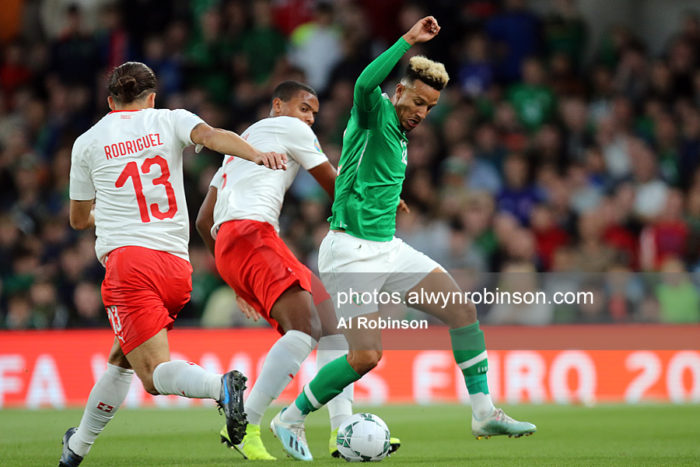 I would like to see Robinson start on the right side of an attacking three with Connolly on the left and Idah in the middle.

At nearly 6’4” tall, strong and mobile, Idah is an ideal target man. All three attackers have a high work-rate. Robinson and Connolly are adept at dropping deep and getting probing balls into the box from their respective flanks.

Substitutions: Injuries permitting, it’d be good to see Jayson Molumby (who on current form makes a good argument for a starting place and would ideally come on quite early), Harry Arter and Troy Parrott in place of Hourihane, McCarthy and Idah respectively.