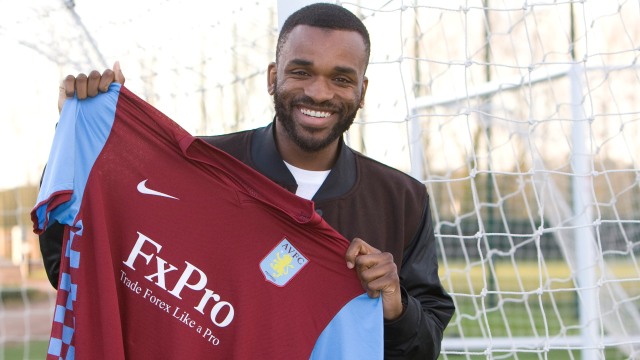 Henry Cavill was on Sunday announced as the latest actor to portray Superman on film, and in doing so he joins Christian Bale (Batman) and Andrew Garfield (Spider-Man) in completing the trio of British actors carrying the mantle of comic’s three most iconic heroes. Such is the escalating price of the British footballer that supporters will be expecting the superhuman and the heroic.

When Harry Redknapp is struggling to outshine his competitors on transfer deadline day, something gargantuan has trumped his obligatory dealings. Last season, the January window amounted to a modest £32,000,000 of business accomplished by Premier League clubs. A year on, that figure has increased almost seven-fold to over £200,000; the snowball effect assisted by an almighty avalanche.

The furore Darren Bent caused three weeks ago as he swapped European for relegation contenders, not the news on Thursday night that Fernando Torres was the subject of an inevitable transfer to Chelsea from Liverpool, ensured that the transfer merry-go-round was in full swing prior to the Spaniard’s Blue Monday.

How blue the Kopites who worshipped the £50m man can be measured by his shirt being burned – evoking memories of the same treatment meted out to a Steven Gerrard equivalent – live on Sky Sports News. Whether Liverpool supporters’ bitterness will be tempered by the arrival of Andy Carroll, Liverpool number nine, is too early to forecast.

A staggering £35m (and potentially rising) sum for a footballer usually prompts incomparable delight, yet Liverpool are signing a player whose noteworthy achievements is that he has performed well in half a season of Premier League football. Marquee quantity, but not quality necessarily.

This week encapsulated how surreal British football has become. Nessun Dorma, Sky, Soccer AM and Euro 96 contributed vastly to its defection to an upper middle-class sport, and just when the riches appear to have dried up, one move provokes an outpour unrivalled on the continent.

But how is it, when England is the best of a hopeless quartet of UK footballing nations, that British players merit inflated transfer fees when the country’s economy fell to 0.5 per cent in the final quarter of 2010?

Business on Merseyside launched a thousand critiques detailing just why Carroll isn’t worth in excess of £35m and anybody with the audacity to justify the fee was swiftly rebuked. Carroll possesses the hallmarks to make him a potent striker for club and country, but a questionable attitude has led him astray to the extent that he must be on first name terms with the local Tyneside constabulary. His self-esteem will handle the burden of bearing the number seven shirt his new manager Kenny Dalglish is synonymous with, but the enormous fee weighs heavier on those broad shoulders.

Charlie Adam’s boy’s own ascension from an outcast at Rangers to the £14m man entrusted with providing Carroll with the ammunition to revive the club was scuppered thanks to the stubbornness of Blackpool’s duo of manager Ian Holloway and chairman Karl Oyston. Adam will certainly depart in the summer (Redknapp made a frantic attempt to bring him to Tottenham Hotspur late last night), yet his valuation, ramped up by the mischievous Sir Alex Ferguson to eight figures, is symptomatic of the mad transfer climate considering his suspiciously Championship fitness levels as well as doubts over his durability at the sharpest of cut-throat levels.

Villa’s capture of Bent may rise up to £24m for a player overlooked (harshly) for two successive World Cups and who struggled to impose himself in an ambitious Tottenham Hotspur side. Bent’s galvanising effect has been keenly felt at Villa Park already, yet he discovered his niche at Sunderland, who like Villa, are destined to hover below the Champions League competitors for some time.

Although Adam is still belongs to the Black rather than Liver kind of pool, had his £14m transfer occurred, the grand sum for the aforementioned in-demand British triumvirate equates to an eye-watering £83m. Less than that would have assembled the following XI:

Prior to the madcap rush to sign replacements, English football’s experienced figures have been the British staple of keeping calm and carrying on. Frugal expenditure is a mantra long associated with Arsène Wenger, and the acquisition of Chamakh has beefed up a previously lightweight Arsenal frontline while compatriot Gerard Houllier, despite the Bent transfer, is not immune from cost-efficient business, embodied by the enterprising Jean Makoun.

Sir Alex Ferguson has fast become a figure of ridicule for toeing the Glazernomics line that ‘there’s no value in the transfer market’ to the extent that Manchester United fanzine RedIssue produced a Where’s Wally mock up of attainable players within the clutter of a populace in one issue.

Yet when the press question him on Monday’s events at his Friday morning conference, he will doubtless bear the ‘told you so’ expression he revels in displaying. His own transfer activity has been erratic over the past two summers – with the £7m signing of Bébé flummoxing everyone – but the bargain £6m for match-winner extraordinaire Hernández makes a mockery of certain extravagant fees over the past month.

Cristiano Ronaldo, Zlatan Ibrahimovic, Kaká, Torres, Zinedine Zidane, Luís Figo and Hernán Crespo are the only players in the history of the game to have cost more than Carroll, comfortably the youngest and the least esteemed of the octet when transferred. Foreign ownership, from the Russian oligarch in West London to the Qataris at Eastlands, and now to the Star Spangled Scousers, propels the English football’s top tier into a money league of its own.

Buying British may be in vogue but the acid test for Messrs Milner, Carroll, Bent, Adam et al is an unforgiving toxic concoction fizzing violently and eager to scar reputations already tagged ‘mercenary’. Character will inform the cynics whether their worth will be their Kryptonite or their utility belt.

2 thoughts on “Keeping the British End Up”