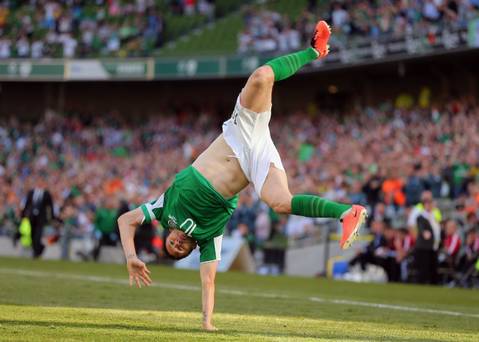 The Republic of Ireland are currently 3/1 with Betfair to finish in the top two of Group C, and Ciaran Kelly looks at the man whose goals will be crucial if they are to stand a chance of making it to next year’s World Cup.

Until recently, it was his namesake, Roy, who split the Irish nation but in recent years, Robbie Keane has proved almost as divisive.

The irony is that this is Ireland’s record cap holder, 126, and leading goalscorer, 59.

Then, there is the fact that Keane is still only 32.

Still, for some, bizarrely, it is Keane’s Tallaght upbringing; for others, it is the fact he left for America at just 31 years of age.

For some, it is his admission that he would retire from international football if Giovanni Trapattoni did not start him; for others, it is his seeming faux-nationalism in ‘exploiting’ the only outlet he has for playing top-level football.

For some, it is the fact that just 6% of Keane’s 59-goal haul have come against teams currently in FIFA’s top 20 rankings; for others, it is the luxury player Keane now is against major nations.

Keane has polarised opinion, on so many levels, like few other players in Irish international football history so as he enters veteran status, it is perhaps little surprise a new layer has been added to the debate.

How can Ireland, in the midst of an awkward transition under an unsuited 74-year-old Italian, balance respecting their greatest ever striker yet, also, move forward into a new era?

Admittedly, the argument can be made that bringing on a fresh Keane on the hour mark could be a masterstroke given his pedigree.

As already mentioned, this is unlikely to appeal to Keane – owed more to pride, rather than resentment over the 8,326km long-haul flight to sit on the bench at the Aviva.

Unsurprisingly, it bears a striking resemblance to the 33-year-old David Beckham’s final two seasons in the England set-up under Fabio Capello, between 2008 and 2010. 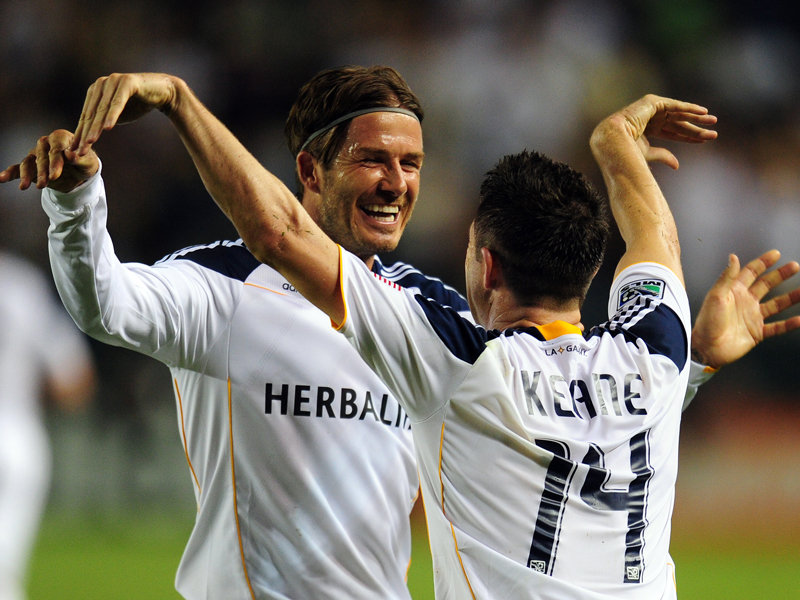 Both Beckham and Keane shared a refreshing patriotism for their country; both made sacrifices to prolong their international careers; and both divided their respective nations over how best to treat an international legend approaching retirement.

However, the main difference is that while Beckham was wheeled out as a supplementary attraction to boost his cap haul for the final 10 minutes of games, Keane is still integral to Ireland’s plans for the next year at least.

Ironically, too, in no longer being in a Beckham-like purgatory over becoming Ireland’s record cap holder, there should be little sentimentality in keeping Keane involved in the international set-up.

Still, there is no doubting Keane has been reinvigorated by America – a stark comparison to a terrible loan spell at West Ham in 2010/2011.

After all, just six months after that loan finished, Keane returned to the Premier League unshackled and secure in his future: resulting in a mightily impressive seven-game spell with Aston Villa, where  a deep-lying Keane netted three goals and an assist in seven games.

This form has continued into the MLS – 27 goals in 46 games – and while there will be cynics questioning the standard of football, there is no disputing the fact that the MLS has offered Keane a competitive environment and fuelled his hunger.

Perhaps, this is why the Irishman feels he has five or six years left in him – a stark contrast to his disillusionment with the English game in 2010/2011.

Also, the natural predatory qualities that made Keane one of Europe’s most promising strikers over a decade ago remain.

Whether it is his undying confidence; his often underrated spatial awareness and first touch; or his cool composure and timing, Keane is still armed with international qualities.

After all, for all the talk of the form of Shane Long and Jonathan Walters, could either have picked the ball up in a tight space, like Keane’s first against the Faroe Islands on 7 June, and simultaneously struck a cool finish with the same motion?

The irony is that for all the talk of Keane’s failure at Internazionale, Liverpool and his final days at Tottenham, there has never been a similar blip for Ireland.

Being Ireland’s undisputed number ten for 15 years has given Keane the assurance strikers so desperately need and, perhaps, that is why his goal ratio has remained so consistent in this period.

So, while Trapattoni’s conservativeness continues to be lamented, there remains one grateful veteran desperate to play for his manager and country: Robbie Keane.

One thought on “Keane’s continued commitment should be commended”