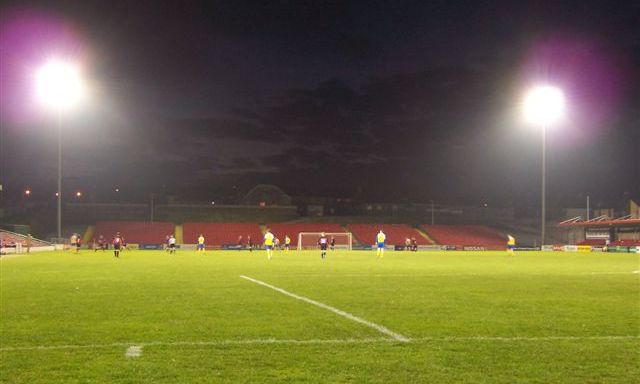 Every manager in the league at this stage must have complained about there being too many matches for Airtricity League sides. The clubs play 36 matches in the Premier Division (33 in the First Division), along with the FAI Cup, EA Sports Cup, Setanta Cup and European qualifiers for some clubs. Add in to this the obligation on Premier Division clubs to field a reserve side in the ‘A’ Championship and further matches in regional competitions like the Leinster and Munster Senior Cups- as well as the mid-season friendlies against UK clubs aimed at bringing in extra money.

It is all a bit much, especially for the part-time clubs in the league. But the sheer volume of fixtures could end up taking their toll on the stronger sides in the league moreso- given that they are expected to be competitive across all fronts. For a club like Shamrock Rovers, their relative success in European competition last season could end up as a poisoned chalice. Heightened expectations around Tallaght will test the depth of the squad, so the eyebrows raised by many when Michael O’Neill signed so many quality players could soon be lowered.

The depth in Rovers’ squad should pay dividends as their Champions League qualifiers loom. Compared with their nearest rivals, Rovers have an enviable second- and third-string lineup. Sligo Rovers, another club set to play in the qualification rounds of European competition, also invested in players like Rafael Cretaro, Aaron Greene and Alan Kirby – who are all likely to have bigger parts in the Bit O’Red’s season as the matches pile up.

Still, while the leading clubs in the league are well placed to deal with more matches, how will clubs like Bohemians and Bray Wanderers cope? Both sides have shown good league form so far, but they both are reliant on the form of a handful of players. Even after being knocked out of the EA Sports Cup, Bohs face the prospect of playing in the FAI Cup, Europa League qualifiers and Premier Division. No one can expect Bohs to last the distance across all three fronts.

It begs the question- why do we have so many competitions? Is the quality of the league not diluted by having so many? Is it too much to ask for a part-time club to compete across five or six fronts? Most of the part-time sides rely on young players signed on amateur terms for back-up to their first team.

A major argument for having less competitions is that fans are less interested in smaller competitions. Look at the average attendances at EA Sports Cup , Setanta Cup or provincial competitions- compare them to the league or FAI Cup and they are significantly smaller. What should be considered is a merger of the Setanta and EA Sports Cups. The smaller provincial tournaments are barely noticed as it is- so perhaps having one less competition would benefit the stature of long-running ones like the Leinster Senior Cup.

The earlier rounds of any such competition would be regionalised. This would benefit the clubs by cutting down on journey costs (indeed the EA Sports Cup is currently ‘de facto’ regionalised up to a certain stage.) Imperative to the success of this competition, though, would be full participation by Northern Irish teams. Currently, there is a lack of enthusiasm up North for the Setanta Cup (even more so than in the Republic). Again, replacing the IFA League Cup competition (the Co-Operative Insurance Cup) with the new cross-border League Cup is something that should be looked at.

With dwindling interest and stretched budgets bringing competitions like the EA Sports Cup and Setanta Cup into the focus of the ire of managers, fans and players, it’s time something was done to give clubs a genuine competition. But that competition must be one that is both sustainable and attractive to clubs and fans.

2 thoughts on “Just Follow The Floodlights: Too Many Games?”