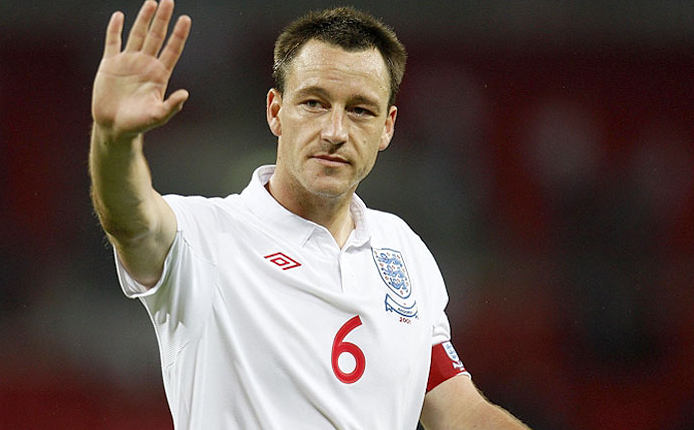 John Terry – in many people’s eyes a national hate figure, a man surrounded in controversy to such an extent he becomes a detriment to the England side, and someone who performs with such inadequate behaviour that he should not command the national captaincy. These observers would therefore be delighted by the news that John Terry will not be leading England at the Euros, stripped because of an alleged racial slur towards Anton Ferdinand. Yet, is this really a positive move by the FA?

Yes, many of you will be screaming. Terry is alleged to have spoken racist abuse, a deplorable crime to be condemned fully. He will be tried after the tournament is due to end. Therefore, appropriate action has been taken by the FA, who has systematically diffused a volatile situation and has detracted – though not fully eradicated – potential disharmony or distraction for an England team desperate for European success.

Yet, this would be a blinkered view. Not only does this decision damage England’s chances at the Euros, which are already incredibly slim, but it also compromises a basic right in society to which we are all entitled.

The best situation for all would have been for Terry to stand trial prior to the tournament, allowing a decision to be reached and subsequent action to be taken. If he was to be found guilty of the abuse, which he fully denies, then naturally the England captaincy, and all the influence and profile it entails, should be removed from his grasp. If he was to remain innocent, then events would continue as normal, his current status retained.

Yet, unfortunately this has not occurred. No trial has taken place and no outcome concluded. It therefore leaves only one possible position, and that is one the FA has got completely wrong. As stated earlier in the hypothetical trial, if Terry had not committed any offence he would “remain innocent.” This is crucial – for a society where you must prove your innocence is not a desirable place to be based in. Surely, changing the England captaincy for no reason other than a fellow footballer claiming he heard a single racial phrase, which could be complete fallacy, is wrong?

It sets an extremely dangerous precedent if we now find ourselves dealing with an organisation where you must prove your innocence before you can be entrusted with its most prominent position. Whatever you have read about what Terry did or did not say, so far he has done absolutely nothing wrong in this case. The technicalities of law and basic human rights state that Ferdinand must prove Terry did indeed racially offend him. We must not question Ferdinand’s reliability as a witness but, in fundamental British law, he must prove Terry’s guilt – of which he has not yet done.

However, not only does this judgement compromise the essential foundations upon which our society lies, but it also exacerbates the problems for the manager, Fabio Capello, and his England side. John Terry, whatever your views on his personality are, is an inspiring leader. Two of the three descriptions of him printed on a banner permanently fixed to the Stamford Bridge railings, where his domestic side Chelsea, reside, are “Captain” and “Leader”. (The otherr is “Legend” for anyone wondering). This is not a coincidence, or a particularly biased or distorted view of a bunch of passionate, deluded fans. It is a fact.

When Terry’s last controversy ended in him being stripped of the national captaincy, Steven Gerrard superseded the reigns. However, upon close inspection the only figure on the pitch to truly inspire, energise and lead the team was Terry, despite the then seemingly nominal position being held by another player. His zealous pursuit of victory and often ridiculous determination makes him an ideal leader on the field.

So hopefully, for England’s benefit, he will not lose this facet as a result of this decision. This would perhaps be more detrimental than helpful to an England side lacking in desire and commitment so often. Terry is crucial in encouraging pride and hunger for victory in a way very few humans are able to, let alone anyone in the England dressing room. To subtract that from the equation would give little hope for a national side verging on embarrassing in the last major tournament in South Africa two years ago.

Therefore, I ask you not to judge Terry with a character assessment, but to look at the true details of this incorrect decision by the FA – of which manager Fabio Capello wrongly had not involvement in. The true details are that, not only will England be severely weakened a the Euros by not having Terry at the helm, but that, perhaps more importantly, his basic human rights are being violated, and the fundamental foundations of a just, proper and developed society are being perilously undermined.