Joe Hart is on his way out of Manchester City and the next stop in the England goalkeeper’s career is likely to be Torino in Serie A.

The 29-year-old has been deemed surplus to requirements by new manager Pep Guardiola at the Etihad Stadium and is eager to keep playing first team football.

According to reports, Hart will fly to Turin and undergo a medical with a view to the season-long loan deal being wrapped up before transfer deadline day.

The two clubs, alongside Hart’s representatives, spent Monday agreeing the final terms of the contract, with both City and Torino understood to be contributing to the 29-year-old’s salary of around £135,00 a week.

Hart is currently with the England squad at St George’s Park but has been given permission by the Football Association to fly to Turin on Tuesday to take a medical and seal the loan.

Last week City signed Claudio Bravo from Barcelona and he will become the club’s first choice goalkeeper, displacing Willy Caballero who has started the first three Premier League games of the campaign.

The goalkeeper is an idea we wanted to follow. If it’s Hart then good, otherwise we will certainly be doing something on the market for that role.

In the short term at least, Hart’s club situation hasn’t damaged his international prospects as he has been included in Sam Allardyce’s first England squad for the upcoming World Cup qualifiers. 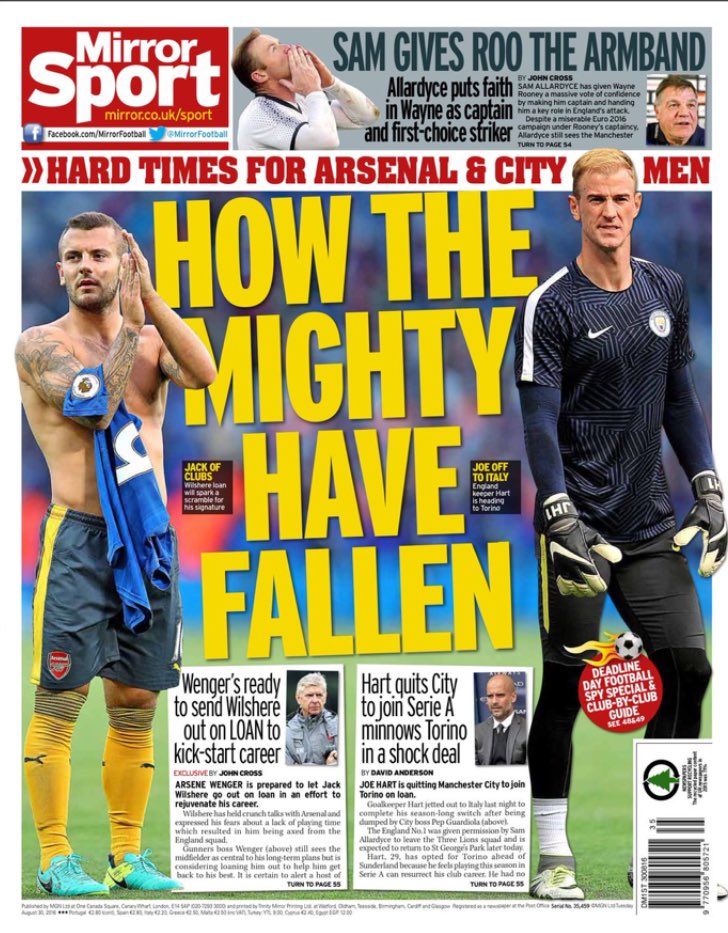