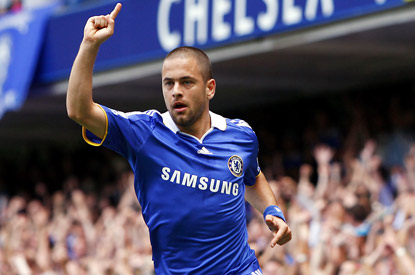 Beyond the rampaging riches being thrown about by Manchester City, the announcement that Joe Cole had signed for Liverpool has offered a genuine alternative for transfer story of the summer.

While the decision about where the out-of-contract England international would spend the rest of his career attracted none of the painstaking debate like that of LeBron James’s decision to move to Miami, it has made an intriguing sideshow for the summer.

If the stories are to be believed, Roy Hodgson’s Liverpool have trumped both Arsenal and Tottenham to sign Cole on a four-year deal, with both the money and terms on offer supposedly far more generous than those on offer at the Emirates and White Hart Lane.

Cole’s arrival offers them greater options in attack, and a vital source of creativity which can compliment Fernando Torres and Steven Gerrard-as well as offering both they, and Javier Mascherano vital evidence of their ability to continue to attract the bigger names.

Should Liverpool keep these three, along with new signing Milan Jovanovic, all of a sudden Hodgson’s Liverpool team is positively teeming with a creative zeal and strength which Benitez’s regime lacked towards it conclusion.

Plus for Hodgson, this is a move which will go some way to appeasing fans who may have been dubious about his credentials to galvanise and reinforce a team the size of Liverpool. All of a sudden, though it may only have been a free transfer, any concerns about Hodgson’s ability to attract big name players suddenly appear rather misplaced.

Meanwhile for Cole, forever the boy wonder but not yet the man many expected he would become, it is a vital move.

He has never quite managed to fulfil those expectations that he attracted as a 17-year old at West Ham, where he appeared set to write golden pages on English football, though even his biggest critics will argue that such expectations were arguably set far too high.

His performances at West Ham and under Jose Mourinho at Chelsea provided a wonderful example of how effective a performer, and a creator he could be. His mixture of incredible work ethic with an enthusiasm and energy was forever appealing to fans, though he was never afforded the central role he craved.

It is a sign of how highly he is thought of that both Harry Redknapp and Arsene Wenger, hardly the worst judges of players, gave serious considerations to snapping him up this summer, and Fabio Capello chose him as part of his World Cup squad.

In recent years his talents and capabilities have often been forgotten, as injuries and lack of appearances have blighted his game. Not since 2006, where he was a standout performer for both club and country, has he put a run of form together which reflected his standing as one of the great entertainers in the world game.

Granted, he has been blighted by injuries, including a stress fracture to his foot, and a cruciate ligament injury, but his game has noticeably dropped from the giddy heights, not just of what was expected of him, but of what he was once achieving week after week.

As such, he has found himself forced to the fringes for both England and Chelsea in recent years, when he would be an automatic choice for both were he at his peak. It was a sign of quite how far he had fallen.

That is why this move is so vital for Joe Cole. He will always be remembered as that boy wonder who sparkled ever brightly throughout the West Ham youth teams, and as a popular player he will always be warmly remembered. But a career which started so brightly, has lost much of its lustre as it has gone on.

At 28, his time is very much running out, and this move to Liverpool represents his last hurrah in English football, and a last opportunity to recapture some of that magic which has become lost along the way.

At Anfield, always a home for English football’s artists, he could yet thrive in that central position behind Fernando Torres – which Cole himself feels remains his best position.

The likely place is cutting in from the left wing working in tandem with Torres and Gerrard as a trio capable of setting alight Anfield for much of the next season, and perhaps yet leading a revival in Liverpool’s fortunes.

If ever a stage was set for the ever-popular Cole to revive his flagging career, it could well be that which Hodgson and Liverpool have afforded him at Anfield. The former golden boy of English football may yet have some shine left in him.