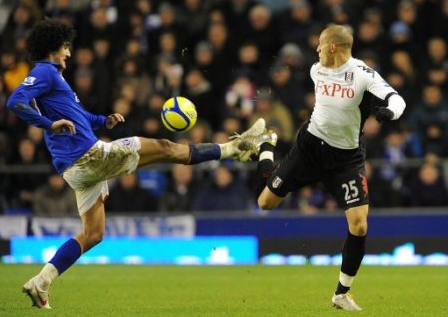 While the top and bottom of the league races towards a dramatic denouement, with Monday’s derby ‘decider’ for the title and a relegation roundabout, it’s moving slightly slower for those in the middle.

We’re approaching, or have already reached, the final few games, but it feels like this all happened weeks ago.

There are between six and nine points left to play for, and only eight separate Everton in 7th and Stoke in 14th. The Toffees cannot finish any higher than 7th, while it’s highly improbable The Potters could finish lower than their current position.

It was a cup exit to Everton – not to mention a 4-0 defeat to them in the league – that brought Sunderland’s season to a shuddering halt.

It’s not to say it hasn’t been a successful one, and the job Martin O’Neill has done cannot be overestimated. However, while it has been, since December at least, a successful season, it’s also been a tiring one.

It has been tiring for the players, who, after the game with Bolton, will have played 24 games between January and the end April – eight more than they played during the same period last year.

It’s also been tiring for the fans, from the optimistic start to stark reality, reality to despair, and then relief, relief to belief and back through the whole lot again.

There’s also the need to at least equal, although preferably better, last season’s 10th place finish, lest Steve Bruce’s claims of ‘expectations’ and ‘needing more time’ be vindicated (in his own mind, at least).

Liverpool sit in 8th, and could finish as low as 12th (although that looks unlikely). Their league form has been fairly patchy all season, and their big money summer signings (as well as last January’s purchase of Andy Carroll) haven’t exactly paid off.

The league, though, is not their primary concern at present. They have already won silverware with the Carling Cup, and will be looking to add to that with a victory over Chelsea in the FA Cup final. That may be papering over some cracks, but it certainly seems as if the league will be overlooked when reviewing the season.

Swansea and Norwich have long since secured their Premier League status, something that will have been their only aim back in August, so there is little to play for there.

The pair – favoured for relegation at the start of the season – have defied all expectations and are currently placed 12th and 13th respectively, having played some good football to boot.

A lot has been made over Swansea and Brendan Rogers, and they do deserve a lot of credit. However, Paul Lambert and his Norwich side must also come in for a lot of praise for how they’ve performed since returning to the Premier League.

Stoke, West Brom, Fulham are all sides that form a part of the Premier League’s make-up.

Fulham can be happy with a possible top-10 finish, and the excellent form of Clint Dempsey – who was somehow overlooked in the PFA Team of the Season, while West Brom’s reward for a good campaign is to seemingly lose their manager to England.

Stoke, meanwhile, exist to remind us of a bygone era, and for people to make references to cold Tuesday night’s at their stadium as the yardstick by which a foreign player is to be measured.

But is there actually anything for these sides to really play for? Not really. They’ll come somewhere between 9th and 14th, and that will be that.

There’s money on offer, which rises somewhere between £500-750k for every league position. With sides under increasing pressure to be financially prudent, it’s something that cannot be overlooked.

But in terms of something to invoke passion, to excite or capture the imagination, it offers little.

Teams at the bottom will argue it’s a lot better than fighting relegation, and they’re right, of course. I’d much rather my side be sitting comfortably in 12th than being perilously perched in 17th.

There comes a time though when it’s no longer enough. Something more is needed. Players in, players out, a chance to rest and start fresh next season.

So, while I appreciate there’s plenty to play for, and that the title race is still alive and the relegation one doubly so, while who claims 4th will be an interesting battle, I’ll be experiencing all of it merely as an outsider – while the team I support stagger drunkenly towards the finish line.

“It’s not over yet,” sang The Klaxons. “They think it’s all over,” said Kenneth Wolstenholme. I bloody wish it was.