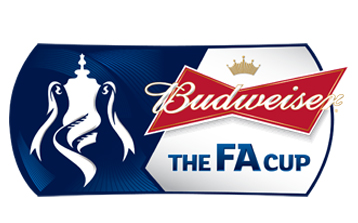 The debate has been sparked by Aston Villa manager Paul Lambert’s comments earlier this week. Lambert made the point that most managers would sacrifice progression in the FA Cup to maintain momentum in the Premier League, adding, “we don’t have a massive squad and points are really important. If you are honest enough people will say the same.” It is difficult to argue with the Villa boss as financial considerations mean Premier League survival is a clear priority.

Even mid-table teams have an extra incentive to concentrate on improving their league position, as they can earn around £750,000 extra for each place higher up the table they finish. This is compared to a relatively low prize fund of £1.8 million for the FA Cup winners and £900,000 for the runners-up. So in the increasingly cutthroat world of top-flight football, where managers live or die by their performance in the Premier League, the FA Cup is becoming an unwanted distraction.

Lambert has received widespread criticism for his comments, but his honesty should provide a wake-up call to the FA that urgent action must be taken to save their flagship competition. Cup distractions are a genuine worry for teams like Villa with limited squads. In 2011, Birmingham City’s incredible run in the League Cup, eventually beating Arsenal in the final, coincided with a drop in their form in the League. They were eventually relegated to the Championship at the end of the season where they have remained ever since, missing out on around £40million in revenue each year. Similarly, in 2013 Wigan became the first side ever to win the FA Cup and be relegated in the same season, as their paper-thin squad struggled to compete in two competitions simultaneously.

And it’s not just the managers who are losing interest in the FA Cup.In recent years fans too have been staying away in their droves, creating a vicious cycle of falling interest that could spell the end for the competition. The FA have compounded their problems by making a series of decisions that have proven wildly unpopular with football fans. The decision to hold the 2013 final at 5.15pm was particularly condemned, as the late finish made the return journey for Wigan and Man City fans impossible by public transport. Furthermore, by scheduling the final before the end of the season and hosting the semi-finals at Wembley (rather than more traditional venue such as Villa Park), the FA have shown little regard for the spirit of the competition, instead treating it as a cash cow to pay off the Wembley Stadium debts.

The excitement and traditions of cup football as well as the desire amongst fans for a genuinely competitive domestic cup means the FA Cup is worth saving. After all, there’s nothing like a good old-fashioned ‘giant killing’. So what can be done to save this 142-year-old competition? Controversial suggestions such as seeding the Premier League teams have been muted, but to save the FA Cup, decision makers must go back to basics and remember what it is that gives the competition its appeal.

The first step must be to re-engage with fans across the country. The spirit of the FA Cup is one of packed out stadiums with football fans of all ages watching their team’s hopes for the season hinge on a single game. If the competition starts to matter more to fans, managers and players will have to take it seriously.

With rising ticket prices in the Premier League becoming an increasingly divisive issue, offering cheap tickets to FA Cup games could encourage families and younger football fans to attend ties earlier on in the competition and end the travesty of empty terraces on our TV sets. The FA Cup could conceivably become the best value place for young fans to get their first taste of top level, competitive football. Arsenal have introduced a £10 ticket scheme for League Cup games and a similar, FA sponsored, scheme for all FA Cup fixtures could boost falling attendances. Furthermore, by hosting the semi-finals outside of Wembley, not only will the aura of a Wembley final be restored, but the competition would also be more accessible to fans outside of London.

Second, Premier League clubs must be given more of an incentive to perform in the cup.  FA chairman Greg Dyke recently announced a new lucrative FA Cup TV deal with BBC and BT Sport worth over £200 million. Some of this money must go into the prize fund for the competition, making winning, or even reaching the latter stages of the competition worth a side risking their league form. After all, wouldn’t fans rather see their team go on a heroic cup run than see them finishing 11th rather than 13th in the table?

But, the biggest incentive the FA could offer to clubs, reigniting interest in the competition from fans and managers alike, is to offer a place in the Champions League for the winners. This step would be a controversial move, but make not only the FA Cup more exciting, but the Premier League as well. With only three automatic Champions League spots up for grabs the league would become more competitive and the stranglehold of the usual top four clubs would be broken. A potential downside would be that a small club, such as Wigan, could qualify for the Champions League, but the boost in prestige it would give the FA Cup would undoubtedly make it a far more competitive competition.

Saving the FA Cup is in the interests of fans and teams alike. English football is becoming increasingly dominated by wealthy clubs and money-grabbing businessmen. Fans are growing tired of being exploited for every penny they have and players care more about money than medals. But, Greg Dyke and the rest of the FA may find that the oldest competition in football may yet provide the answers to their troubles.

One thought on “Is the FA Cup doomed?”