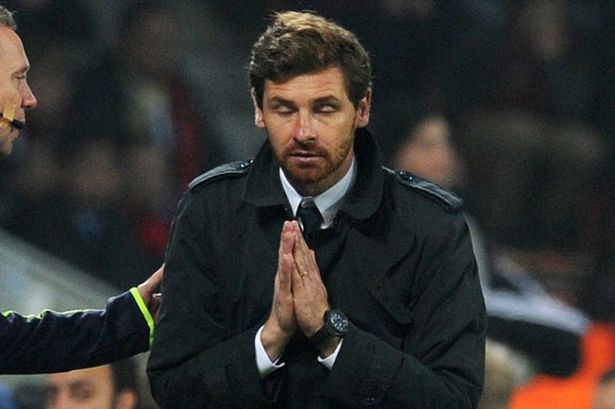 What do you do after losing 6 -0? Dust yourself off, work on what went wrong and get ready for the next game. That next game is Thursday for Spurs away in the Europa League, a competition that they should aim to win. Andre Villas-Boas knows what it is like when results don’t go your way. In his previous post at Chelsea he learned the hard way about life at a top Premier League club. Spurs’ recent spanking by Manchester City has caused a few people to mention the young Portuguese manager to be the next for the sack. His team currently sit ninth, only four points off second place Liverpool, and are still in Europe.

The season is long and the Premier League is so tight this year that anything is possible but I must admit there is definitely some cause for concern. Last week’s demolition at the hands of City highlighted the areas Spurs and AVB need to fix if they are going to do anything worthwhile this season. AVB has already sounded out his disappointment with the Spurs fans, backroom team and now HIS players. He lost the dressing room at Stamford Bridge and he is in danger of doing the same at White Hart Lane. He does have some areas for concern.

I think it’s safe to say that, after the result against Manchester City the weekend, Spurs have one or two problems in their defence. Now, up until last week’s game, the London club had the best defensive record in the league. I’m sure a few of you are now saying then “how is the defence an issue, it’s only one game?”. Correct, I too feel that the spanking last weekend is a one off result for Spurs but I still don’t feel their defence is that of a team aiming for a place in the top four. At the weekend, the Spurs defence was pulled out of position by the excellent movement of Sergio Aguero and Alvaro Negredo and the pace of Jesus Navas. Jan Vertonghen is not a left full back. Undoubtedly a fantastic footballer but it’s plain to see that he doesn’t look that comfortable there. He doesn’t have the pace needed for a modern day full back. He is a very good defensive full back but the way Spurs play, a lot of width and overlapping runs are made by their full backs.

On the other side, Kyle Walker has all the qualities Vertonghen doesn’t have but lacks any defensive awareness whatsoever. The young English full back, similar to Glen Johnson, is terrific at going forward but defending is a different story. If Walker wants to know how to be a modern day full back all he needs to do is look at City’s Pablo Zabaleta last week. Strong in the tackle, quick in transition and excellent going forward, the Argentine is what a modern day full back needs to be. Unfortunately Spurs just don’t have that.

Danny Rose, brought back form an excellent spell at Sunderland last year, is an option but is injured at the minute. When he does come back I still feel he is not the quality left back AVB wants or needs right now. In a recent article, AVB mentioned that when Danny Rose comes back, Vertonghen would slot back in to centre back. They spent money on Romanian defender Vlad Chiriches, yet he hasn’t made the impact Spurs would have wished, and the centre back pairing is the biggest worry. Michael Dawson and Younes Kaboul are probably the worse defensive pairing out of the top teams in the league. Both are good defenders but not good enough to win you a league or get you into the top four I’m afraid. Dawson has no pace whatsoever and doesn’t really make up for it anywhere else in his game. Kaboul is strong and his distribution is decent but again, the quality of these two players is not that of a title contending team.

Look, you know you have striking issue when you bring Emmauel Adebayor on; that’s how bad things are for Spurs. AVB banished the former Arsenal man to train with the kids team not so long ago and yet, against Manchester City, he brought him on ahead of Jermain Defoe, very odd decision. Former Valencia striker Roberto Soldado has one goal from open play this season and for some reason AVB just doesn’t fancy Defoe anymore. They have no other options besides the the best player to ever come out of Togo.

Again, to be in with a chance of competing for the top four, you need goals. Arsenal have the in-form Olivier Giroud, with Lukas Podolski and Theo Walcott to come back. Liverpool have the SAS (Luis Suarez and Daniel Sturridge), Manchester United have Wayne Rooney and Robin van Persie, and Chelsea have Samuel Eto’o, Fernando Torres and Demba Ba. I’m sure Spurs now know all about Aguero and Negredo after last week’s game. All of these teams can play poorly yet always feel like they will score at any given time. Spurs just don’t have that.

Soldado lacks pace. His movement is excellent as is his first touch but he just doesn’t seem confident that he will score. Spurs are creating chances but, while his movement is good and intelligent, it is slow. Look, he hasn’t become a bad player overnight. He is a Spanish international and has been there or thereabouts in the La Liga scoring charts the last few years. I’m sure he will get his fair share of goals this year but if you want to be in the top four or challenge for the league, then you need more than one option. Suarez has scored the same amount of goals Spurs have all season. Hull have scored five more goals than Spurs and their front line costs about $3 million. That’s it in a nutshell really.

The talk just before this season’s kick off was that, although Spurs had lost their go to man in Gareth Bale, they had now assembled a squad ready to challenge. All the pundits placed them as contenders or favourites for the top four. Everyone said how they had spent the $96 million from Bale wisely and that now they had strength in depth to move forward. Well I beg to differ. Let’s go through the squad. Spurs have two very good goalkeepers and, as I stated earlier, a very, very average back four. Now here is the interesting part. Sandro is an excellent defensive midfielder and Paulinho in my opinion looks to be Spurs best signing this season. Obviously Andros Townsend is on fire this season but besides them, nothing impresses me. Mousa Dembele, Lewis Holtby, Nacer Chadli, Aaron Lennon and Gylfi Sigurdsson are all average players. Did Spurs just buy quantity instead of quality? Eric Lamela, who I spoke about in my last article, has not justified the money spent on him. After 11 games he has been poor and playing a full 90 minutes the weekend did nothing to change my mind about that. Christian Eriksen is out injured at the minute, an excellent midfielder, but I feel he may struggle with the demands of the Premier League. As Brendan Rodgers constantly says, to my annoyance, he is a wonderful technician, but coming into a cold wet December, games coming at him left right and centre, I have my doubts as to whether he can stand up and deliver. And finally as I said before, the lack of quality striking options up front.

The January transfer window is five weeks away and I’m sure Spurs still have some of the Bale money left in the bank to find one or two more additions. They need a quality left back, a striker with pace and a quality centre back. AVB, in truth, has assembled a good team, not a great team. A lot of money has been wasted and he needs to hold his hands up in regards to Lamela. They are still in the mix for a top four finish due to teams above them slipping up constantly but they need a good turn around quickly. They sit eight points behind their North London rivals Arsenal and after they play Tromso this Thursday they play Manchester United. If they don’t put in a good performance with lots of goals against Tromso, and pick up at least draw with United, then AVB could get his marching orders from another London club very soon.

7 thoughts on “Is the end near for AVB?”