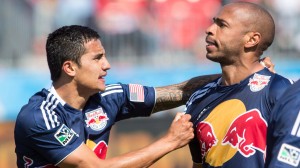 When you first ask a person who is only just aware of MLS’ existence (particularly Europeans) who the main big teams are – 99 times out of 100 you get the answer ‘oh it’s LA Galaxy and New York Red Bulls’. This common misconception has resulted from the arrival of two of the game’s icons:  David Beckham and Thierry Henry.

Combined with the fact that they are both considered the largest soccer markets – which explains the calibre of player they can attract —  as well as both being renowned for having their part in producing some of USA’s most recognised soccer players. Landon Donovan, Cobi Jones, Chris Klein for LA.  Jozy Altidore, Michael Bradley, Tab Ramos, and Tim Howard for NY – the list goes on. You cannot blame someone for making the assumption. 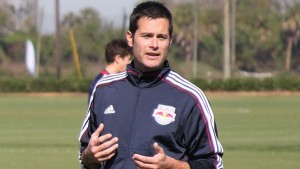 2013 has been a different year. Young, enthusiastic head coach Mike Petke, who spent two years previously as assistant coach and played a total of six years split into two separate stints, was installed as the replacement for Swede Hans Backe as interim manager before taking the job on permanently on the 24th January, giving him a small amount of time for preparation for the start of the new season on March 2nd.  A number of new names were bought in, towering centre back Jamison Olave along with powerful argentine Fabian Espindola and Japanese right back Kosuke Kimura from Real Salt Lake were to help in instilling a winning mentality after the trio had won the MLS Cup in 2009. Former team mate to Henry at Lyon Péguy Luyindula was a free transfer while Juninho Pernambucano arrived to much excitement, yet his uninspiring and frankly, disappointing period at New York came to an abrupt end as his contract was cancelled before rejoining Brazilian club Vasco da Gama, the free-kick specialist left netting zero times. However, the other signings looked to have arrived with promising credentials. It looked to be a new, promising era for the Red Bulls. 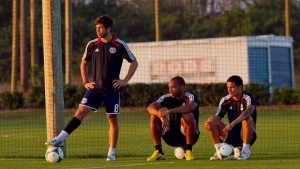 Seven months on, it is fair to say that New York have been pragmatic on the road that has led them to the top of the Eastern Conference standings, placing them firmly in the running for the Supporter’s Shield. In the 2012 regular season, Sporting Kansas City topped the Eastern Conference by averaging an impressive 1.85 points per game, this season New York are first with 1.7. Although the season is not yet over, it is a glaring stat which epitomises the competitiveness of MLS in 2013 where there has by no means been a clear front runner. All teams in the top five of both conference standings have lost a substantial amount of games and the Red Bulls are no different with nine losses.

Initially starting with a 4-2-3-1 to try and facilitate Juninho, Petke’s men got off to a 0-2-2 start with questions of the three time MLS All-Stars’ job security. Constant rotation of the starting lineup also created further instability as Petke searched for a winning formula. After a underwhelming loss to Chicago in April a formation switch was made to a common 4-4-2. The switch paid dividends with the more simplistic approach while the strike partnership of Henry and Espindola showed greater levels of productivity with a combined goal total of 17 thus far this season. 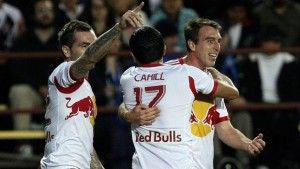 What has been most prominent is the rise of three players who prior to last season would not be regarded as key players. Right midfielder Eric Alexander arrived from Portland where in 2012; he started 14 games, scored no goals and six assists to his name. This season he has 2 assists and three goals, his season record high. At left midfield Jonny Steele came from playing a bit part role at Real Salt Lake (started 11 games during his one season) with two goals and assists. This season he has been a regular starter, 28 games with four goals and six assists. The man from Larne, Northern Ireland has put himself in the frame for Northern Ireland and if his performances continue, it must surely only be a matter of time before he gets there.

There is then of course Tim Cahill. The 33-year-old was drawing a lot of criticisms after only scoring 1 goal in 12 appearances in the 2012 season, hardly DP worthy form. 2013 has been a complete contrast with eight goals and four assists. The Australian International looks to have fully settled in at the anchor of the midfield alongside his energetic, combative partner Dax McCarty. Jamison Olave has been a consistent performer, netting a few crucial goals (4 overall) while recent arrival Bradley Wright-Phillips has shown early promise in his 308 minutes on the pitch.

The Red Bulls look almost certain to secure a play-off spot. With four games left to play they will undoubtedly want to gain their first piece of silverware in their entire history and show that they are not a franchise worth getting behind. With the impending arrival of New York City FC in 2015, NYRB will not want to see their fan base diminishing into the hands of their inter-city rivals who may be perceived as more successful. – The last thing New York want is the threat of supporters new and old deciding to jump ship. It is vital beforehand that the team in New Jersey win an MLS Cup, this could be their best chance. To become a ‘SuperClub’ in USA a good regular season finish is not good enough. Cup glory is the only solution.

5 thoughts on “Is it finally New York Red Bulls’ year?”