Emmanuel Adebayor could be about to play under Tim Sherwood again as rumours linking him to Aston Villa intensify.

The 31-year-old is surplus to requirements at Tottenham Hotpsur and would represent something of a risk for Villa who are about to lose Christian Benteke to Liverpool.

A fee of £4million has been mentioned for the Togo international, and he is currently paid around £100,000 per week at White Hart Lane.

During Sherwood’s brief spell as Tottenham manager, Adebayor played some of his best football in recent years and scored 14 times in 25 games.

Talks have opened between #avfc and #thfc over adebayor. Sherwood is very keen/ avfc hierarchy much less so 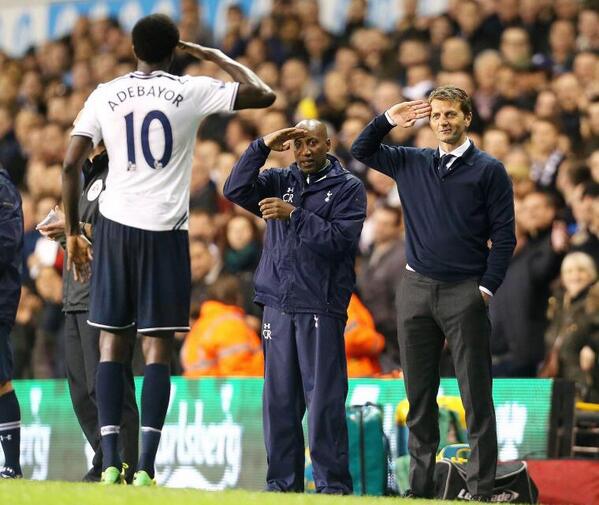 One thought on “Is Emmanuel Adebayor heading for Villa Park?”