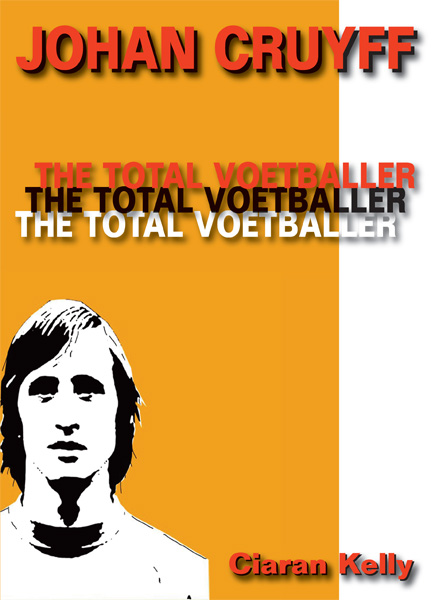 Well Ciaran, how did the book come about?

I’ve always had a massive interest in Johan Cruyff and for me, he has been the most three-dimensional footballer and footballing personality of all-time. Obviously, people will argue the case for Diego Maradona but for me, there was just something deeper on an artistic (the way he played) and philosophical (the way he thought and spoke) level with Cruyff.

DB Publishing and JMD Media have specialised in footballing biographies and auto-biographies of late (Justin Fashanu, Darren Anderton and Colin Todd, among other work by the likes of Daniel Taylor), and, surprisingly, I noticed that there is a massive niche in the market for an English-language biography on Cruyff. With my experience of writing lengthy features (week before contact, had written 12,000 words on José Mourinho) and having submitted the original Total Voetballer article as my sample manuscript, writing a significantly longer word count did not appear daunting given how colourful and intriguing the whole of Cruyff’s life has been. DB, too, felt that my age did not count against me, either, despite the fact that this may have been a vice for some publishers as this is my first ever literary piece.

What were the main differences between writing a feature and writing a book?

Obviously, the word count was the main thing: moving from the original 6,000 feature to over 23,000 (average of 1,300 per chapter) with the e-book. That allowed significant depth – requiring more research and a bigger bibliography in return – but because it did not hit the 40,000 mark, I did my level best not to deviate from Cruyff and Cruyff-related notes. So, for example, rather than discussing Louis van Gaal in one or two sentences (feature) or his achievements in depth (physical book), writing at the e-book mid-way point meant  – naturally – that it was more to do with how he directly related to Cruyff.

I also made a conscious effort with shorter paragraphs as, naturally, pages don’t allow for two hundred word paragraphs like webspace does. Also, accents like Miroslav Đukić don’t ‘translate’ to Kindles so using Dukic and names without accents was another difference. These, along with even more in-depth proof-reading, were the main differences for me. 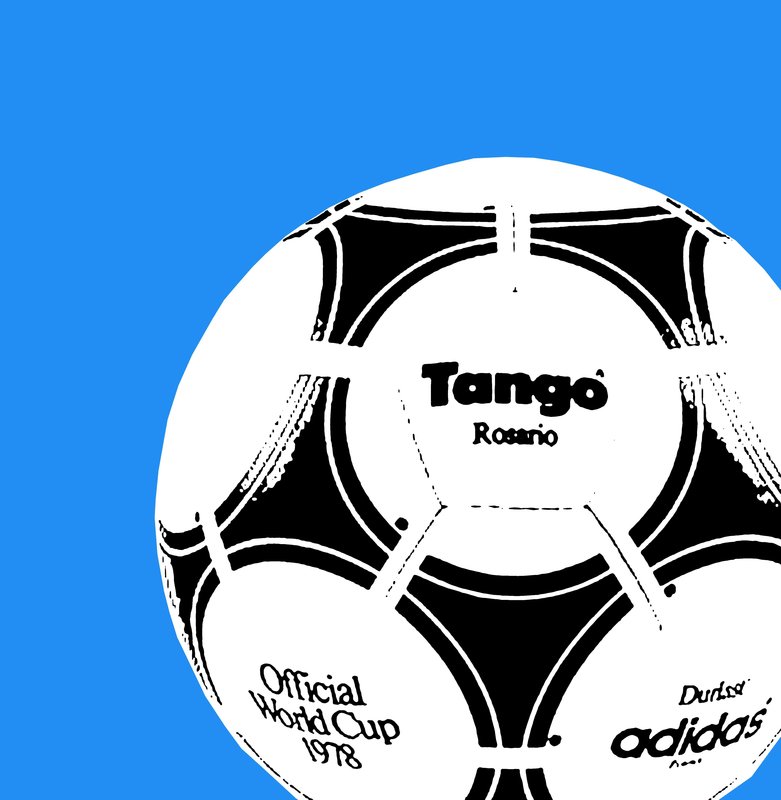 It is a striking cover, where did you get it?

I was privileged to be put in touch with Luke Hollingworth at artbypeople.co.uk, who are a collection of artists that construct their own stencils through hand sketching. They then hand-spray the resulting stencils with bright colours and add the finishing blob touches that give the works the almost Tarantino-like modern, noir effect. The lads have done some great work since setting up in 2003 – depicting everything from Brian Clough, Ruud Gullit and Eric Cantona to the Tango football, the Subbuteo figure and the Old Wembley – so I was delighted with the result.

Having seen some of the sketches that Dan Leydon had done for Graham Hunter’s ‘Barça’, which elevated the work and added to the artistic side of what the subject matter (the culture and tradition of FC Barcelona) represented, I really wanted something along those lines and thought that the Cruyff picture was perfect in symbolising and introducing the book: a modern, pop-art like painting (reflecting an author who grew up post-Cruyff’s playing career) with an old-school figure (Cruyff) as the subject matter.

What were your main methods of research?

Well, I was quite fortunate that in having an interest in football writing, I had most of the ground-work done – having read relevant books by the likes of Jonathan Wilson, David Winner, Graham Hunter, Jimmy Burns, Frits Barend, David Goldblatt, John Foot, Simon Kuper, Phil Ball, Ruud Doevendans and Ulrich Hesse-Lichtenberger previously. These authors made up my bibliography and then for my most recent research, I would have looked at match reports and Dutch outlets (Nieuwe Revu , Vrij Nederland,  Voetbal International and Volksrant).

Having done History in my Bachelor of Arts helped immensely as no two sources, naturally, were the same so the book, ultimately, is my own take – which made it an exhaustive and objective process, but my final verdict.

Were there any difficulties in the double-generational gap between you, the author, and the subject, Cruyff?

For me, it aided rather than hindered the fluidity, objectivity and quality of the book and the example of Brian Clough is worth looking at. Some found Duncan Hamilton’s ‘Provided You Don’t Kiss Me’ incredibly poignant, but overly-personal and more of a self-reflexive work in Hamilton’s journey in coming to terms with his friend’s death. The other side of this is Jonathan Wilson’s ‘Nobody Ever Says Thank You’, which Wilson wrote having never seen Clough play or having never met him – yet, having used his past as a History graduate, put together an extensive bibliography and an exhaustive account.

I aimed to hit a happy medium of both works: my ultimate take on events (1974, 1978 refusal, commercial endorsements, fall-outs,etc) with a structured book that covers Cruyff’s sixty-five years in a near-equal fashion (playing career takes natural prominence, making up nine chapters, but there are five on his managerial career and four on his post-management career).

Did you focus on debunking any myths, or come across any scoops of sorts?

Of course, Cruyff, like many leading figures in sport, has a host of ‘accepted’ truths. From the curious twin-stripes to why he did not go to the 1978 World Cup (even though, he had said he would not in 1974), it is all addressed. Among others, these were some of the moments and case studies I gave my own take on:

Finally, Ciaran, what does the future hold?

Well, as part of my contract with DB and JMD Media, if the e-book does relatively well, more Kindle opportunities will be pursued and a 40,000 word ‘hard’, retail edition will be on offer to me. That would be brilliant, but I’m really happy with the e-book (cannot say that any paragraph has been diluted) and eventual mass-produced resulting royalties were not at the forefront of my mind when I wrote it. Also, the e-format is very popular (take Buzz Bissinger’s ‘After Friday Nights’ for example) and is a growing market, with Amazon’s top tens more likely to be filled with the Kindle edition of the book rather than the physical one, so I hope readers enjoy it.

Other than that, I am moving to Twickenham at the end of September to take one of ten places on a year-long NCTJ-accredited Masters in Sports Journalism – that involves work experience at The Times, The Guardian and Four Four Two – and my weekly feature will continue here on BPF as long as ye’ll have me!

Ciaran Kelly’s e-book, Johan Cruyff: The Total Voetballer, is available for download for Kindles now from Amazon.co.uk for just £1.53 for UK customers and $2.45 (€1.89) for non-UK customers on Amazon.com.