It’s not often a lowly football writer such as myself gets invited to interview a footballer, let alone one who is considered one of the greatest strikers of all time. So, when I was invited by CALM, a charity aimed at preventing suicide in men, to sit down with the one and only Ivica Strok naturally I jumped at the chance.

Yet despite weeks of methodical research, reviewing hour upon hour of YouTube footage of the some 855 goals, picking through the numerous explosive quotes in press archives; I still felt an intense sense of trepidation. 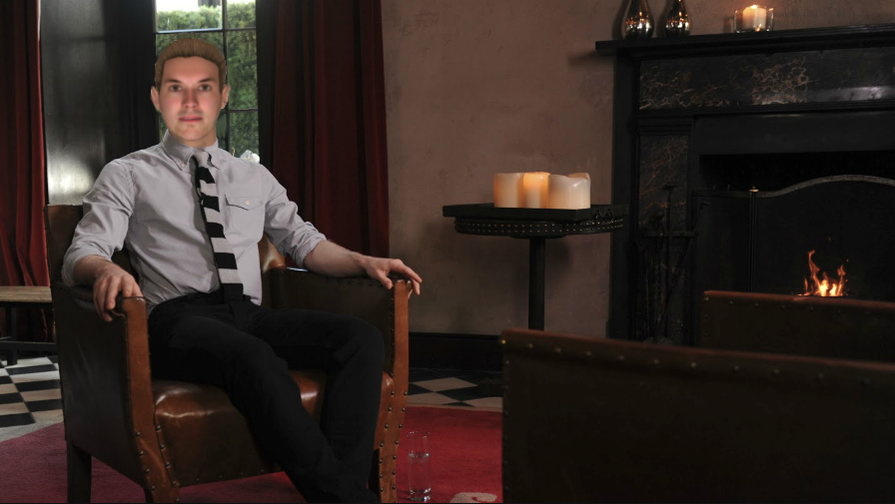 Ivica Strok is, of course, a legend of the game; a teenager from Zagreb for whom Celtic Park became a home, where, over an illustrious career, records were brushed aside and statues erected; but he’s also renowned as one of the most outspoken personalities in the game, a man who rivals Roy Keane in his candidness.

What I hoped to gain from this interview? More than anything else, this was a chance to get behind the records and soundbites, and hopefully get to know the real Ivica Strok.

Ivica, first of all thank you for taking the time out of your well earned retirement to speak to BackPageFootball, how are you adjusting to life after playing football?

When I retired I thought that would be it, that I’d leave football behind and do what I wanted to do; shoot grouse in the hills of the Highlands, but then somebody dangles a pay cheque in your face… A BIG PAY CHEQUE… and you’re on TV talking about a Champions League game you don’t really care about!

I don’t miss the training though, not that I did too much in my last few years because frankly I couldn’t really be bothered. Training… it’s what made up my mind that I never wanted to be a coach, I hated training when I was playing so why would I want to do it after I’d retired?

Lets go back to the beginning. You come from a line of pedigree in terms of footballing talent, your father was a footballer, yes?

He was a footballer of sorts I suppose; he played for five different clubs and four of them were in Zagreb so he was never really bothering the Ballon d’Or voters. The best thing about having him as a father wasn’t the footballing genes he passed on, but the environment he was in – it allowed me to learn everything about football, about being a footballer, about football clubs. And I also learnt what not to do; stay in Zagreb forever.

After making your debut for NK Zagreb so young the interest in you from the big European sides went into overdrive, what was it like to experience something like that as a teenager?

I was just a boy who wanted to play football so it didn’t really bother me, I had no fear. The manager would say “Chelsea are here watching you today” and I would just shrug and say “Maybe Barcelona will be here next week”… and they would be.

But I didn’t notice the pressure just like I didn’t really notice the scouts or the managers that would come to Zagreb, I just wanted to play football, to play better, and to earn more money.

If one of those managers ended up making a bid, making an offer to the club and allowing me to speak to them then that’s when I started to notice them more and started caring who was coming to watch but it didn’t change the way I played, I never felt nerves.

All that interest from Milan, Bayern…it begs the question why Celtic?

Celtic sat me down and they knew what those other teams were telling me and they played it in their favour, they said if I joined them then I’d be in their side straight away playing in front of 60,000 fans. When you’re a teenager that just wants to play football then that’s music to your ears.

I knew I was going there as a back up to Marcel [Kovar] initially but I also knew all about him and I knew that I was better. I knew I wouldn’t be back up for too long.

Your goalscoring prowess was visible almost immediately, what do you think made you click at Celtic? Luck? Skill? Hardwork? Or the opposition?

When Marcel was still playing every game for that first, maybe, nine months or so I would sit on the bench and I would watch the opposition defenders; their strengths and their weaknesses, if a guy was good in the air then I knew I needed it at my feet or if the guy was slow then I knew it could get played in behind them. By the time I was coming on as a substitute I knew it all and I was ready to exploit everything.

Then Cristiano [Ronaldo] arrived and in the six months he was at Celtic he worked with me on everything, he passed on all he knew about technique and conditioning and I listened. It’s Cristiano, when he speaks you listen.

Before he left he told the manager to drop Marcel and to play me more and he listened because it’s Cristiano… and when he speaks you listen. 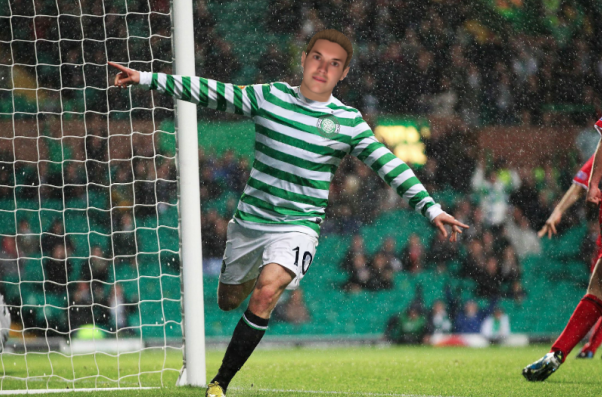 Your first Champions League win, against Chelsea, was somewhat marred by your ‘disagreement’ with José Ribeiro, what are your thoughts looking back on that?

My thoughts? They are the same now as they were then; the guy from Portugal should have passed me the ball.

Raymond [Dekker] just saved a penalty, Nat [Chalobah] cleared the ball and me and the Portuguese guy were counter attacking – just us two against Courtois. He looks at me once. He looks at me twice. I’m screaming for the ball, if he squares it then I have an open goal but he tries to tap it under the goalkeeper.

You do have a reputation for being a difficult teammate. For example you called Alan García “the most arrogant strike partner I’ve ever had the misfortune of playing with”..

He is the most arrogant strike partner I’ve ever had and I’m the best strike partner he’s ever had. He thinks he should have started matches ahead of me but even when I was 37 or 38 I was still better than he was.

Alan was born in Mexico but moved to Scotland when he was young and he thinks the two countries had some sort of tug-of-war to get him to play for them but Mexico didn’t care for him, he played for Scotland because he had no choice.

His career after he left Celtic says it all, he was a failure at Dortmund and then whichever other German side he played for (Werder Bremen) let him go after six months. He knows he made mistakes, he’s said as much, and I think his arrogance played a big part in that.

Some say that you wielded too much power over the club. The rumour has persisted that your outburst towards Rangers at the 2024 title celebrations went unpunished….

[Interrupts] There are lots of rumours about lots of things I apparently said or that I apparently did. Somebody once said that I took the Champions League trophy to the pub and let everyone drink Guinness out of it, do they not think the club or even UEFA would have noticed if I did?

The incident at the town hall? I don’t see any issue with what I said at all, if anybody was offended by it then I’m sorry but I really don’t see any problem with it. As for the fine, the fans tried to crowdfund to pay for it but I told them to stop because that money could be put to much better use like giving it to charity.

Perhaps maybe I also told them to stop because there wasn’t really a fine to pay.

In 2031/32 you scored 39 goals, won the Scottish Premier League and then at the European Championships in Belgium, you helped your country win their first ever international trophy, your greatest season?

Certainly it was a great season and it was a special season; we won another Champions League and I broke Celtic’s goalscoring record too. In that year everybody was just having such a good time and having a lot of fun; both at Celtic and then when we went to Belgium with Croatia.

There are still things I would change about that season, although we won the European Championships I began to feel marginalised by Croatia and by the Croatian people. I didn’t feel they appreciated me. I love Valentino [Pirsic, former Celtic and Croatia striker] and he is like a little brother to me but he was on stamps back in Croatia and I wasn’t, journalists were calling for him to be our captain and I wasn’t.

And back at Celtic, Noé Rojas was so important to our success… he scored twice when we beat Valencia in the Champions League final… but he frustrated me because he always wanted to do too much. I regret how I ended up treating him. I’ve apologised to him. He’s the only man I’ve ever said sorry to. 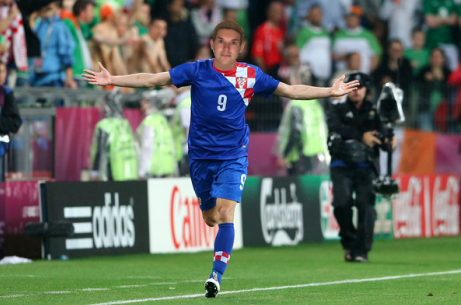 Yet, despite all that success, you lost out on the Ballon d’or; a trophy you’d never end up winning, do you think there was a snobbery attached to your achievements because it wasn’t in one of the ‘big four’ leagues?

I think it’s because I wasn’t English. When I was growing up the English were mocked, they thought they had the best players and the biggest league. They thought that UEFA and FIFA hated them but something changed when Blatter left, their influence was suddenly increased and things went their way.

Doni Traynor might have been a good player, but I was a great player. I was a better player. England got to the final of Euro 2032, sure, and Doni Traynor was influential in that but that’s all he did that year. Me? I won everything. But I am not English so there’s one thing I couldn’t win.

And you never considered leaving Celtic?

Every summer from when I joined Celtic to when I left the club would receive offers from teams all around the world; in the beginning it was Paris St Germain or Juventus, in the end it was some team from Qatar or a club you’ve never heard of in America.

I never wanted to go though, I walked out every weekend to 60,000 passionate fans and you can offer all the money in the world but you can’t put a price on the passion that Celtic supporters have for their team.

People say I could have won more if I’d left but that’s a lie, I won the league every season I was at Celtic and we won more Champions Leagues over that period than any other side.

One final question – Over 1,000 goals, 23 Scottish league titles, A European Championship, Four UEFA Champions League trophies, numerous individual honours, the freedom of Glasgow, a statue in front of the stadium…How would you like to be remembered?

I’d like to be remembered for what I am; the greatest striker in the history of football.

This interview was arranged with the help of Jonny Gabriel. Ivica Strok is a supporter of CALM – the Campaign Against Living Miserably, you can find out more info here. 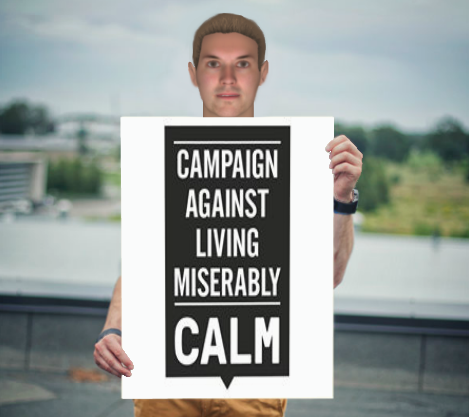