Neville Davidson, Chief Executive of the Jersey Football Association, recalls with affection his semi professional playing days with West Auckland and Durham, “some years ago” being his description.

There’s no mistaking the north east accent as he tells me of his passion in making football accessible to everyone on Jersey.

Anyone who wants to be involved as a player, coach, official or administrator we can cater for everyone. I’ve been in the C.E. role for two and a half years, we’ve made a lot of progress but there is still a lot more I know we can achieve with the current board of directors.

Davidson wants to change the culture and infrastructure of Jersey Football in both the men’s and women’s game. Under his stewardship more focus has been applied to improve discipline on and off the field. A more streamlined approach to promoting the actions being taken within the JFA. 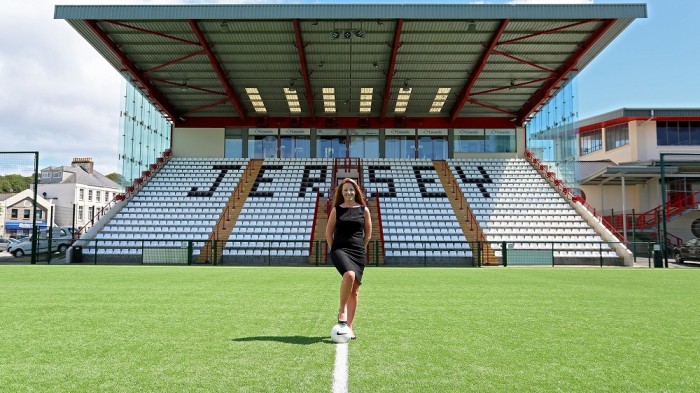 However, his decision to appoint the first woman onto the JFA’s board as Vice President during its 110 year history has perhaps gained more attention and column inches.

It made no sense to plan the island football strategy without women on the board. I had been looking for the right person for some time. Kerry Petulla fits the role perfectly.

On the day of my interview with Petulla we have had a slight misunderstanding on our meeting place. Instead of the boardroom we end up in the JFA administration centre canteen at Springfield Stadium. With tea at 80 pence we aren’t complaining.

I think it’s fair to say Kerry Petulla has completed a thorough football apprenticeship over the years. She’s been involved with Jersey football since her teenage days, playing when only two women’s teams were set up on the island.

Along with my friend Helen Warren we formed First Tower United Ladies Team. Then back in 1997 along with other footballing enthusiasts we set up the first women’s Muratti (yearly competition between Alderney, Guernsey and Jersey).

Petulla is also a qualified referee, she held the position of secretary at First Tower F.C. before accepting her current role of assistant secretary at Grouville F.C. A diverse footballing CV by any standards.

Yes I know what it’s like being a referee or linesman. It’s not an easy job, but overall I’ve always been treated respectfully. I know not all officials can say that. One of the many long terms plans we have at the JFA is to get more men and women involved with officiating games.

Petulla’s board appointment originated with a casual pitchside chat:

Phil Austin (JFA President) and I were watching Women’s Muratti, started talking about the JFA and he was somewhat surprised with my involvement at so many different tiers of the game at a local level.

When he asked me to think about joining the board of JFA I was delighted and honoured. I went away mulled it over, talked to family and friends, deciding yes I can add a different perspective on Jersey football by taking up the position.

Petulla has vast experience working in the islands business and financial community of St. Helier. So it doesn’t surprise me that she already knows her way around the JFA marketing plans, cost analysis spreadsheets and it’s overall objectives for the games future.

The appointment has received many positive comments from players, managers and administrators along with a chorus of…”about bloody time”…from certain quarters.

Is she surprised it took so long for a female board appointment? Petulla offers a diplomatic response:

Sometimes opportunities take longer to work out. Jersey in places has a culture of being set in it’s ways. I’m more interested in working towards future developments, providing a platform where football is available to everyone who wants to play the game.

I’ve only attended one board meeting, so still finding my way around what needs to be done, more importantly how to get them done. There’s no doubt having a female voice involved in the policy decision making process will make my board colleagues look at the games requirements in a different way

The JFA administration centre is based at the impressive Springfield Stadium just on the outskirts of St. Helier. Recently appointed Marketing, Communications and Project Manager Joe Smith tells me:

The stadium was officially opened in 1997, it has a capacity of 7000, seating in the grandstand caters for of over 900 spectators. All the men and women’s representative games are held here, along with the Island Games, when we (Jersey) are hosts, and of course the men and women’s yearly Muratti’s. 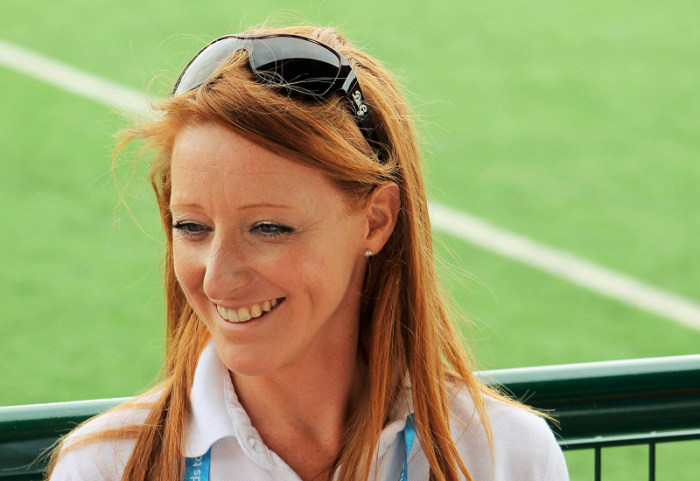 Whilst Jersey is separate from the United Kingdom, defined as a Crown dependency in most administrative affairs. It is still structured as an affiliated region of the English FA by maintaining its status as an English regional area.

We (JFA) are neither a member of UEFA or FIFA but take full responsibility for football on the islands being played within the rules and regulations of the English FA. However all league football is managed by the Jersey Football Combination, we only assist in its governance.

All the representative teams are coached and managed by JFA staff and volunteers. We currently have U16, U18, U21set up plus women and senior men teams.

I’m absorbing Smith’s overview whilst scanning by any standards a very impressive stadium. The island’s representative colours of red and white deck grandstand seating, perimeter posts, barriers contrasted against a deep green of the 3g pitch.

Although new to her new role,I ask Petulla to highlight those challenges which are need of addressing over the coming years?

I want to see more girls involved in football from an early age. We need a pathway which will show players and their parents the steps available to play at club or representative level. On the island we’ve had recent success namely the women’s team winning Island Games gold for the very first time.

Coupled with England’s performances and media coverage in the summer’s World Cup we expected more young girls to become involved with our local teams. Feedback from our clubs indicate this hasn’t really happened. We need to understand why and make the necessary changes to get them on board.

Obviously with more players we need more officials. Currently there are around 23 officials covering games for both genders which we must significantly increase. Having waved the flag and blown the whistle myself I know this isn’t an easy one to crack.

In our business plan there is significant emphasis on getting the “football brand” right. Phil and Neville have made it clear to the board and media the importance they attach in making sure our communication process improves.

Going forward our messages of intent have to be consistent and clear. Our business community plus the general public need to understand what we are working to achieve. We want them to assist, becoming part of our overall strategy.

When I ask Petulla on interests away from footbàll she tells me gym sessions and running keep her busy. Petulla could well win an award here for understatement of the year.

With a little more prodding and poking I extract some of her running achievements and run times. 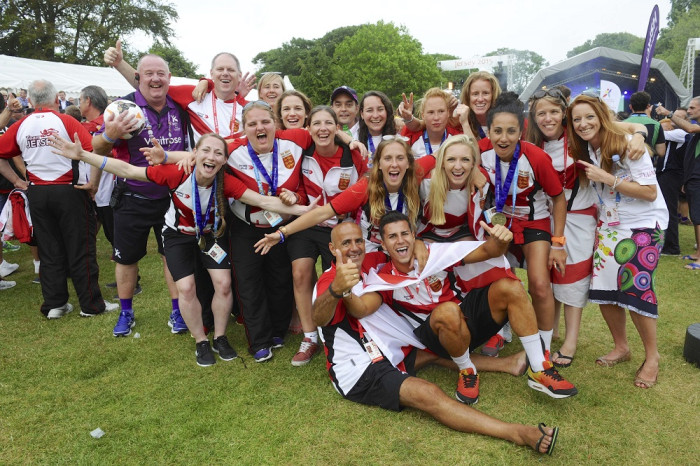 She won a team gold medal in the 2005 Island Games half marathon. In 2006 she acquired elite runner status running the London Marathon in under 3 hours 15 minutes. Not bad for someone who wants to concentrate on talking about JFA, describing herself a “casual runner”.

Everyone I’ve spoken with at the JFA are unanimous, they need to provide men and women’s representative teams with more competitive games. Petulla continues:

The more competitive we can make our friendly games we believe more involvement will be forthcoming from the public and sponsors alike. It also allows the managers to offer more players an opportunity to play at representative level.

Are there any plans for Jersey to launch a men’s or women’s team which will compete in a UK mainland league, a similar setup to that of the Jersey Rugby Union team?

I hope we have the flexibility not to rule anything in or out. However this would be a huge financial commitment. It’s been costed to be in the region of half a million pounds per season per team. It would need the backing of a major sponsor. I’m not aware of any sponsor(s) who want to finance such a project at present.

By winning Island Games gold the women’s team has refocused interest and importance of football to the folks on Jersey. The managers of these teams either win or lose, the measurement of success is very simple. Defining the success of JFA’s business model is rather more complicated I suggest to Petulla.

In some areas maybe, in others I believe the measurements will be there for all to see. Short term increase in registered players and more match officials will be tangible in terms of success. How many players start their journey and go on to play with our clubs and representative team will takes some years to say yes we did a good job there.

The appointment of Brian Little (ex manager of Leicester, Aston Villa, Norwich) will add to our profile. We’ve already started to see high profiles coaches come to the Jersey at his instigation, putting on various sessions, working closely with our teams. It will be nice if some of his old teams come over for friendly but competitive games

The JFA have put together a challenging four year business plan. Collectively they are working towards a simple concept “Football for All”, and you can’t help but be impressed with the unbridled enthusiasm of those responsible for the plan to provide everyone an opportunity to become involved in football at all levels.

For Kerry Petulla, there’s interesting and exciting times ahead. Another London Marathon beckons in April 2016 when she runs for a charity close to her heart the Donna Annand Melanoma Charity, a local organisation raising awareness of malignant melanoma, of which she is Vice Chairperson.

As she pounds the streets and beaches of Jersey as part of her marathon training schedule, I’m sure her thoughts won’t be far away on how to secure the future of football for her beloved Jersey. For Kerry Petulla, the hard work has just begun.