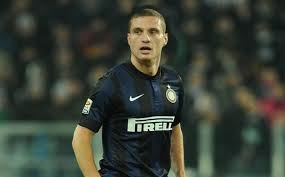 The San Siro has not been a happy place in recent years. After five successive Scudettos and as well as a Champions League under Jose Mourinho in 2010, the Italian giants have been in a state of sustained regression and have had to endure watching the dominance of rivals Juventus. There has been some comfort for Inter; they have not suffered alone In Milan. AC Milan has mirrored the decline of their neighbours in one of the worst periods for football in Milan in recent years.

Inter, in particular looked to have hit the self-destruct button following the high-profile departure of Jose Mourinho to Real Madrid. The Portuguese master guided the Nerazzuri to an unprecedented treble in Italian football and his absence was inevitably felt by a club who established a close connection to him. The club ploughed through five different managers in less than three years in an attempt to replace him but have appeared to settle on Walter Mazzarri. The 52-year-old, who oversaw Napoli’s resurgence in recent years, has been charged with the task of improving his feat in Naples by returning Inter to the throne of Italian football.

It has not been an easy ride for Mazzarri so far – failing to secure Champions League qualification in his first season in charge – but was relieved to agree a one-year contract extension in July and is now fully prepared to take Inter back to the summit of Serie A under his watchful eye. Mazzarri has received unswerving support from club president Erick Thohir since he bought the club from Massimo Moratti in November 2013. Now, with the backing of the boardroom and a strong squad of players bolstered by summer additions, Mazzarri is determined to build on the potential and disrupt the dominance of Juventus.

If there is one thing that can be said about Inter it’s that they have certainly invested well in the summer as they look to reinstate themselves in the Champions League and reacquaint themselves with the highest echelons of the league. To begin with, they drafted in long-term target Nemanja Vidic from Manchester United to re-build their squad from the back. Vidic may be 32, but he was a free transfer and represents fantastic business for the Italian club. Possessing a wealth of experience, the warrior-like attitude of Vidic will be welcomed greatly by the San Siro faithful and they will hope he introduces his strong leadership attributes to the squad. Vidic leads by example, wearing his heart on his sleeve and never shying away from a fight. Mazzarri loves a strong leader in his team, as he showed with Christian Maggio and Gokhan Inler during his time at Napoli.

Mazzarri continued his programme of defensive recruitment by securing the signatures of Yann M’Vila and Gary Medel following the arrival of Vidic. Medel can operate efficiently as a centre-back or defensive midfielder, thus providing a significant amount of defensive solidity along with Vidic. Medel was ever-present for Cardiff City last season and, although they were unable to avoid relegation from the Premier League, Medel’s performances and attitude endeared him to the fans as he became a club favourite. Considering Inter spent £1m less than the £11m Cardiff spent on the 27-year-old last summer, he signifies something of a bargain for the Italians. M’Vila is a different beast, but an equally exciting one and another player who is likely to capture the imagination of Inter’s following with his highly combative and impressively physical style of play. Inter have M’Vila on a season-long loan, with the option to buy him permanently at the end of it and if he manages to recreate the consistency which helped him break into the France national set-up while he was only 20 will surely mean Inter will have no hesitancy about making him their player.

Up at the other end, Inter have offered Pablo Osvaldo an escape route after poor spells at Southampton and Juventus. There are clear problems over Osvaldo’s character but he has an impressive track record in Serie A with Roma if Inter can get the enigmatic 28-year-old firing again, they will quickly develop into a force to be reckoned with. Osvaldo joins an exciting attacking line-up for Inter which Mauro Icardi. The 21-year-old Icardi is another reason why Inter can regain their powerful influence on Italian football as his potential is seemingly endless. Icardi’s debut season last year was severely disrupted by injury but he is still recognised as one of the true rising stars in Italian football and if he secures a consistent run of games in the first-team this season, he may be the key asset for Inter in their search for a footballing renaissance.

The main responsibility of Inter’s rise from 8th to 5th last season was the productive form of Rodgrio Palacio. The 32-year-old thrust himself into Argentina’s World Cup squad after firing in 17 league goals for Inter last season and displaying a good understanding with fellow Argentine Ricky Alvarez, who was also rewarded with a place in the national team. Palacio will no doubt be aware of the threat posed to his starting place by Osvaldo and the mercurial Icardi and will use that as added incentive to continue his rich vein of form.

Then, standing in the middle, orchestrating the attacks with poise and class is Hernanes. The 29-year-old midfielder established himself as one of the leading talents in Italian football during his four-year sell at Lazio, catching attention particular due to his immaculate technique and brilliant array of passing. Hernanes’ season failed to pick up serious speed but he showed the fans a glimpse of what to expect perhaps this season with a stunning goal on the final day of the last campaign. His stunning long-distance strike against former-team Lazio helped Inter seal a 4-1 victory and book a place in the Europa League for this season. However, more significantly it was Hernanes’ first goal in an Inter shirt and truly marked his arrival. Mazzarri will know how key Hernanes is to his game-plan, with the player’s ability to stretch play and conduct counter-attacks with a super range of passing skills.

They looked strong in preseason- beating Roma, drawing with European champions Real Madrid and only missing out on penalties to Manchester United- and Inter now appear primed to come storming out of the blocks and take Serie A by surprise. The Nerazzurri will have to make the most of an easy start to the season, with five winnable matches preceding back-to-back clashes with Fiorentina and Napoli. Torino away is Inter’s first match of the 2014/15 Serie A campaign. With Ciro Immobile gone to Borussia Dortmund and Alessio Cerci on the brink of an exit, Torino are no longer the team that stole a Europa League spot last season. With a limited defence and, should Cerci leave, a toothless attack, Inter should have no trouble brushing off the Turin side.

Inter are not the dominating superpower they were five years ago but the signs are clearly there that a rebirth is ready to happen, with a manager hungry for success and a fresh-looking squad capable of exciting and imaginative attacking football. Their rise may be curbed by the perceived superiority of Roma, Juventus and Napoli but do not be surprised if Inter hang about the top of Serie A for most of this season.