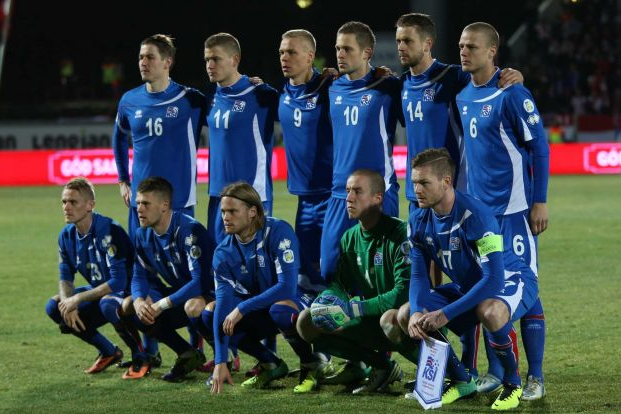 What are the ingredients for a football revolution? Try the Icelandic recipe – facilities, quality coaching and a big dose of self belief.

Despite their failure to reach Brazil 2014, there’s a belief in Iceland that an international football breakthrough – qualification for a major tournament – is within reach. Not bad for a country with a population less than that of County Cork!

Vidir Sigurdsson – the veteran sports editor of the Icelandic newspaper Morgunbladid – has witnessed the gradual turnabout in the island’s football fortunes first hand. For him, the decision nearly 14 years ago to invest in facilities and youth coaching has been responsible for their eye-opening progress on the field. Infrastructural investment driven by the Icelandic FA and local authorities – the building of a number of full-sized indoor football pitches in major towns and the installation of small artificial football pitches beside most schools – has been critical.

According to Sigurdsson, Icelandic football is now reaping the benefits. Many of the current senior international side, he explains, are part of the first generation of Icelandic footballers to benefit from having “excellent training and playing facilities all year round since they were 10-12 years old.”

High levels of coaching education have also paid dividends. In Iceland, being a youth football coach has become a viable career path. The fact that as of 2010, 41% of coaches on the island held the UEFA B licence or higher is more than noteworthy.

For Sigurdsson, the improved facilities and coaching standards have brought a sea change in the profile of the Icelandic footballer. Technique is now valued over physicality. “Until the turn of the century, Icelandic players could only train on suitable pitches for 4-5 months each year. They compensated for that by working heavily on their strength during winter, but had limited chances of improving their technical skills. Now, with the excellent winter conditions indoors, we see much better technical players than before.”

The improvement in technique has also brought about a change in the Icelandic football mindset. Their international sides, more confident in their abilities, believe they can engage opponents more effectively with the ball than before, no longer feeling the imperative to simply defend in numbers. “Now,” says Sigurdsson “we have a large crop of good midfielders and strikers.” And to underline the increasing depth in talent, the veteran journalist points to the case of Alfred Finnbogason of Heerenveen who, despite being the top scorer in the Dutch Eredivisie, is not a certain starter in the national team.

The flip side, however, is a sudden lack of quality in defence. Perhaps kicking against the traditional backs-to-the-wall Icelandic approach, kids just don’t want to defend anymore. Sigurdsson smiles as he points out that while one of Iceland’s key defenders plays for lowly Rotherham United “our midfielders and attackers play for Tottenham, Cardiff, Sampdoria, Ajax etc!”

And despite Iceland’s ultimate disappointment in losing to Croatia in the World Cup play offs, Sigurdsson believes that the relative success of the current senior side is no flash in the pan – there’s more to come: “Most of our players today are 22 to 25 years old and should be able to improve more over the next few years,” he says. “Then we have a new generation of promising players in our U-19 team. They were Nordic champions at U-17 level and finished in the top 8 of Europe. This autumn, they eliminated France from the Euro U-19 preliminaries. Most of them are already professionals with foreign teams.” And perhaps crucially, believes Sigurdsson, the underage sides have the “defenders the current senior side is missing.”

But progress hasn’t all been down to the Icelanders themselves. Sigurdsson is also quick to credit the senior side’s experienced Swedish coach Lars Lagerbäck for building the self belief of the senior international side, effectively speeding up progress.  “He came in as the right man at the right time to give a promising team a more professional touch. I expected this team to be ready to fight for a place in EURO 2016, so our good results have come two years earlier than I thought! Lagerbäck surely has had a lot to say in this.”

To round off our conversation, I ask if there are lessons from this North Atlantic football outpost for Ireland – and even Scotland, Wales, Northern Ireland and England. For Sigurdsson, it’s simple. “I think it all starts with emphasis on youth football and good coaching at that stage.” John Delaney and the FAI take note.

One thought on “Iceland’s football revolution”