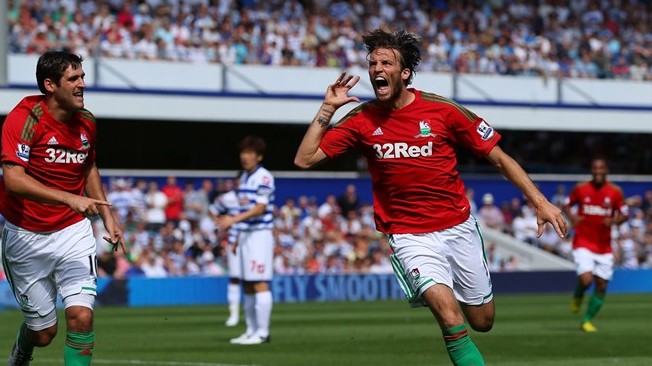 I was this close to getting it right. This close to being the scout, manager and master tactician I’ve always claimed to be.

I was this close to putting Michu in my dream team.

I remember Florent Malouda arriving with such fanfare at Stamford Bridge that I put him in that year’s dream team without so much as a scouting mission to Youtube.

He was a steal, they said. He’d take the league by storm. But he wasn’t, and he didn’t.

He wasn’t that bad once he’d settled. But that’s the important bit: the settling.

And that’s why I avoided Michu. He’d need time to find his feet. Even if he was ridiculously cheap…and he was listed as a midfielder although he plays off the front man…and he’d finished last season with 15 goals in Spain.

Because now, when the first transfer window opens and everyone puts him in, I miss the chance to say what any good dream team manager has said once or twice over the years: “I had him from the start”.

Maybe I only picked the latter because a couple of papers said he was half decent, but I still had him from the start. By the time others clocked on, Russia were out and I could pretend I’d been scouting them for months.

So who did I pick instead of Michu? I picked the works-his-socks-off, chips-in-with-a-goal-or-two, consistent 7 out of 10er that is Ji-Sung Park.

Same price as Michu if you’re interested, and the man whose new team was utterly destroyed by Swansea and the player I almost had but didn’t.

It’s only one game. But something tells me he’s going to be a steal, that he’ll take the league by storm. I can only imagine how the real managers feel.