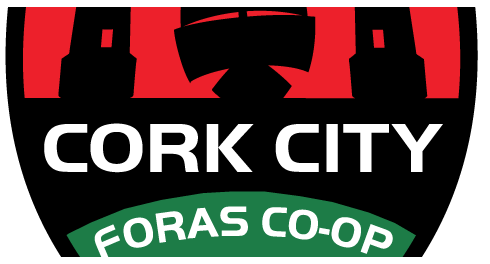 Irish football has endured a traumatic year but the opportunity to make real and significant improvements to our domestic game remain. The issue of fan ownership is something that is being raised by more and more League of Ireland clubs. We have seen the nightmare scenario of Monaghan United go bust, Dundalk have gone to the brink this season and in the past few years two of the biggest clubs in the country Shamrock Rovers and Cork City faced extinction. These dramatic events have only reinforced the need for greater supporter involvement in the running of their football clubs.

Cork City Supporters have lived through the nightmare of having their club go bust but thanks to a group of committed supporters and volunteers they now own the club. City has dramatically reduced its costs by having volunteer stewards and programme sellers- people willing to give of their time for free to help their club survive and thrive.

FORAS was envisaged as a way that supporters could aid the development of football in Cork by providing sustained, regular investment to build a stronger club. Recent events have meant that FORAS has needed to contribute sooner and in a more meaningful way.

Legally, FORAS, or Friends of the Rebel Army Society Ltd., is an Industrial and Provident Society. Based on advice from Supporter’s Direct in the UK and following discussions with a number of successful UK supporter’s trusts, they decided to form a limited company, specifically one which follows the same model in Ireland as your local Credit union or any of the co-operatives throughout the country.

FORAS is registered in Ireland with the registrar of friendly societies and is bound by Irish company law. A yearly financial report is released to members, who have voting rights on all aspects of the society’s business. FORAS state that they are “there to ensure that those who support football in Cork can continue to do so far into the future”

FORAS enables Cork City supporters to place a reasonable amount of money into a trust with other supporters of our club. FORAS and Cork City are not unique.

Supporters across this island have been fighting to save and driving support for their respective football clubs for well over a decade now. While there is a long established interest in and support for the idea of trusts owning football clubs in Ireland, there is equally a ‘wait and see attitude’ in the hope that some ‘rich sugar daddy’ will come in with huge to run a League of Ireland club.

Supporters of League of Ireland clubs need to wake up and realise that there is no rich Sheikh coming to save their clubs. Indeed, even if there was such a ‘white knight’ how desirable and more importantly sustainable it is.

Do football fans really believe that wealthy business men will continue to pump endless amounts of money into football clubs? Look at Malaga whose whole preseason was disrupted, losing players of the calibre of Santi Carzola once the sheikh decided to turn the tap off.

By having a voice on the board clubs can be made aware and deal with the concerns of supporters. While the issue of finance and long term sustainability of their clubs is the primary concern of most football supporters there are also other important issues.

The treatment of away fans by stewards and Gardai is something that has been raised with me numerous times- having an engaged supporter base that is in constant dialogue with their club’s board would allow them raise this issue . There are hundreds of issues that supporters of every club have that could be better dealt if the supporters had a voice and advocate in the boardroom.

It is important to note that football supporters also have a lot to offer clubs. The thousands of people that go to games on a weekly basis all have different talents, skill sets and in most cases jobs.  It is time that football clubs tapped this resource , for instance,  everyone knows that football clubs in Ireland are particularly poor at marketing- well there could be a marketing or a PR expert sitting every Friday night in Tolka park or Turners Cross. Yet if the current situation continues we will never know because the majority of clubs treat their supporters like cash cows that are there to be milked.

There is a body of thought that trusts can’t or won’t work in this country. Well they already are – Shamrock Rovers is a club not only run by its members but saved by them.  Cork City is run by a hugely successful trust that is reshaping and re-energising their football club. Who is better placed than the supporters to drive the direction of their club? It is worth remembering that the owners are merely custodians of the club – the soul of the club belongs and always will to the supporters.