It is the dream of pretty much every football fan to own or operate their own team.

The opportunity to build a team, a culture, and to scout and sign players is something that countless football fans spend hours upon hours doing from electronically from the comfort of their own home.

But what is it like to build a real team and watch that product grow?

I had a chance to speak with Michael Behrman, the Chief Operating Officer of the Charlotte Independence of the United Soccer League on the challenges of building a franchise from the ground up. 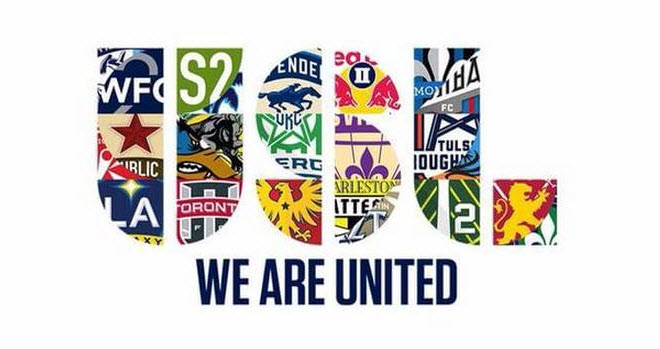 Prior to his work with the Independence Michael served as the Chief Financial Officer for the Charlotte Bobcats and the Memphis Grizzlies of the National Basketball Association and as a Senior Manager for the Walt Disney Company.

What made you decide to join the Charlotte Independence?

Michael Behrman: So I started out working with Disney back in the 1990s and Disney Sports was one of my assignments. At the time we working quite heavily with soccer with our sports complex down in Orlando and in particular with Major League Soccer in their early days.

We actually hosted the All-Star Game in Orlando in 1998. So I have always had a background in soccer.

Prior to the Independence, the Charlotte Eagles were in the USL slot for twenty years. The club went up for sale so some of my colleagues put together an ownership group to buy the Eagles.

We bought them in December 2013 and re-branded them the Charlotte Independence. So for us it was an opportunity to build a franchise from scratch and also to help energize the Charlotte soccer market.

You have worked with a lot of larger market organisations like the Charlotte Bobcats, the Memphis Grizzlies, and with the Disney Corporation and now you are working with the Independence.

Do you have different expectations and goals in terms of managing finance and operations with the Independence because the budget situation is a little bit different when working with the USL versus the NBA or Disney?

The parallels with the revenue stream and the types of talent that you need in the front office are skills we picked up from our days in the NBA and also from Disney. We know what is takes to build a sports organization. So it has been an exciting process.

There are two things that you have to do early on when starting a franchise. One, you have to hire great talent and the other is you have to fundraise and put together an ownership group. Meanwhile you are operating a team that is brand new.

Those challenges are certainly exciting. The aspect of fundraising is just like a start-up where you are going out and meeting with potential investors to put together an ownership that has the wherewithal to grow this, to fund the operating losses in the short-term and to build for the long-term.

That was great putting that together and now we are excited to go into year three. We made the playoffs in year two and we are looking to improve on that this upcoming season.

So you came on with the Charlotte Independence back in 2013. Since that time both your team and the league have seen a huge explosion not only in terms of growth but also performance on the field.

I was just curious when you started out in 2013 did you expect the success to come so early for the league and for the team? Or has this all been kind of a shock to you?

I would say that I did not expect it to go this fast. Having lived through Wall Street cycles, sports cycles, and being part of the lockout with the NBA in 2011 where times do not look very good and you are thinking about ‘How is the future going to look.’

Then all of a sudden the ESPN and TNT television deal doubles the revenue for the NBA teams and they are back in good standing. Soccer has moved pushed along with MLS and expansion fees not going up.

Then in 2010 with the excitement over the World Cup it started to finally catch on here. We finally had a bit of growth and you finally started seeing the young people starting to embrace more than American football. So I had seen the growth coming but I didn’t expect it to be like this. USL has gone from 12 teams to over 30 next year.

o we will have cycles where perhaps it plateaus and we will have to look at that. But right now we are seeing some very explosive growth.

I know in the past that you have had experience in doing television deals for the Bobcats and the Grizzlies. The USL just announced a new deal with ESPN for additional coverage on ESPN2, ESPN3 and ESPNU.

For the Independence what does make the move towards to cable television mean for your side?

Yeah it is really important because you have a finite number of eyeballs in the stands which are very important for your product and for building entertainment and excitement around the game. But to really grow a team and in a league in scale you need television.

Getting on television has always been a goal of the USL. ESPN last year showed the final and next year they are going to show more games. So that is great national coverage and credit to the USL national office for working on that.

We are working on local TV deals for next year. The league have also streamed  all of the games on YouTube for the last two years.

But now it is time to get to the next level. There are several markets in USL that have good local TV deals like Sacramento [Republic FC], [FC] Cincinnati, Louisville [City FC].

Louisville had a game last season against Cincinnati that had a viewership of 40,000, which is great for their market. So we are looking to do the same thing here in Charlotte.

There seems to be more attention placed on Charlotte and the North Carolina area in terms of soccer expansion. For those who aren’t familiar the region what is the soccer scene like in the area?

North Carolina has been known for their great collegiate programs here for both men’s and women’s soccer. Wake Forest men’s side was in the College Cup Final this season and the North Carolina women’s team has been very successful throughout their history.

So there is a real soccer tradition in the state. We have also had the Carolina Railhawks [now AC North Carolina] operating up in Raleigh and they have been a very successful professional team.

Here in Charlotte the city is booming. We are seeing a large influx of young people moving in because of the job market and the strong economy.

We have the second fastest growing Hispanic markets in the United States and the Hispanic community are very passionate about soccer. So Charlotte has a lot of demographics that are pointing towards soccer growing in this area.

You touched on this earlier but I was wondering how important it is to your side to corner the Hispanic market in the Charlotte area?

Well like a lot of sports franchises you have to look at what makes them successful and you have certain segments. Those that are successful cater to those specific segments. For us it is the Hispanic.

There are also a fair amount of international companies here and a large German presence here in Mecklenberg County that goes back fifty years. Youth soccer is also a big thing here in North Carolina.

The other key segment that has triggered a lot of the growth in American soccer are the millennials and the supporter group culture. You see in places like Seattle an organic growth of folks that join the club and our supporters of the team. The team helps facilitate but the fans take ownership of the club.

That is just a key driver of the growth in the game because those supporters chose soccer as their number one interest and have created allegiances not just international teams, but also domestic sides as well.

If there is one piece of advice that you could have given yourself when you were starting out with the Independence what would it be?

Well I think one real thing is with a start-up there is a lot of optimism and you want to grow with your product. But at the same time you have to be very focused on expenses and that you are operating in a very fiscally intelligent way because teams lose money on a cash-flow basis.

You have to mitigate that and make decisions that are not reckless in terms of spending in the early stages and you really have to watch the bottom line. So being expense-focused and having a keen eye on what you are investing in is of the utmost importance.

One thought on “Interview – How to build a franchise, with Charlotte Independence COO Michael Behrman”