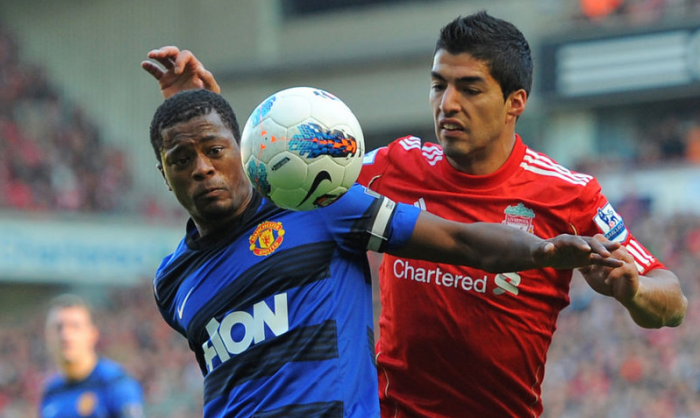 It is the age old question that continues to linger on in light of two high profile cases in the Premier League this season that have not only gripped the whole nation, but have also had a ripple effect on world football too.

Racism has reared its ugly head in sport again, and not for the first time, football is at the centre of it once more. Undoubtedly the dominant story at the moment has been the John Terry and Anton Ferdinand affair which came into the spotlight in late October following Chelsea’s 1-0 defeat to Queens Park Rangers at Loftus Road. Now the critical question is, if one player calls another a “black c***,” like England and Chelsea captain Terry allegedly did to Ferdinand, is that racist? Is he insulting Ferdinand for the colour of his skin, or is he simply insulting him and adding skin colour as an adjective? Equally, is it racist if a black player calls a white opponent a “white c***?”

It sounds silly yes, but it is an important distinction to make. It is not the same as if a player calls another a ‘n*****,’ which is clearly a racist insult. Therefore, in my eyes, the priority is to decide whether calling someone black is racist. The whole case should not be taken lightly ofcourse, far from it. But one would have thought that the whole matter would have, to an extent, been dealt with by now had the Football Association been more vigorous in their attempts to stamp out racism in English football.

That ofcourse is not to say that once this whole affair has been ‘dealt’ with that cases of this like will not reappear and be brought to light again in the English game, or anywhere else for that matter. Taking into account the various cases where fans have abused players during matches, this is obviously still a serious issue in some parts of the globe. The real concern now, however, is investigating whether there is racism on the field of play. In light of what has happened in England recently and in other nations such as Spain and Portugal, where players have allegedly abused each other, football authorities must step up and take action. What has been most surprising though is the level at which all this is happening. The premier division in the country, broadcast to billions world-wide and it is in this sense that not only does it affect the whole country, but concerns the rest of the football world too.

It was interesting to hear the thoughts of The Mirror sports writer, Darren Lewis, and Piara Powar, the Executive Director of Football Against Racism in Europe. Both were guests on the World Sport edition on CNN recently and aired their views on the matter. Both were in agreement that “plenty more work still needs to be done in tackling racism in football in Europe in moving forward, and a zero tolerance approach be taken by the respective FA’s in European leagues,” said Powar. “Stiffer punishments such as heavier fines and lenghty bans should be administered to those found in the wrong,” Lewis added. Once the definition of racism is attained, football authorities then need to decide on a penalty. And in this case, the common feeling is that it needs to be a heavy one. Would a 10-match ban along with a fine of two months’ salary be excessive? Maybe that is one for the pertinent people to decide.

Another example of why it is important to make a distinction concerning an incident of alleged racist abuse also came in October’s Premier League match between Manchester United and Liverpool. Senegal-born France international Patrice Evra accused Uruguay forward Luis Suarez of such abuse when he was called ‘black’ various times during the contest at Anfield. It is yet another high-profile case that, perhaps has not grabbed all the headlines compared to the Terry/Ferdinand case but, equally needs to be addressed pertinently.

It speaks volumes that in 2011 the old age issue of racism has cropped up yet again, or have we football lovers merely been naive as to sweep it all under the carpet when we knew all along the stigma has been there, but chose not to do anything about it? It is also worth pointing out that not only has this issue been restricted to events on the pitch. The role social media plays in our respective lives nowadays cannot be understated and has arguably taken the lead in modern day communication, both directly and indirectly. With the majority of the Premier League’s stars taking to Facebook and Twitter to broadcast their views and thoughts to the rest of the public, it was only a matter of time before cases of racism were also brought to light in that domain. Sunderland striker Frazier Campbell, Manchester City defender Micah Richards and Newcastle United’s Sammi Ameobi have all suffered similar incidents of racist remarks recently on Twitter and are an example of some of the cases to name but a few.

At the time of writing this piece, the Terry case was still being investigated, but the London Metropolitan Police had concluded their investigations and handed the case over to the Crown Prosecution Service to decide whether Terry had a case to answer. In addition, however, shouldn’t football organizations be the ones to set the example and deal with cases of this nature? Ultimately it all comes down to how each individual associated within the game, and all sports in general, responds to an event linked to racism for the outcome to be where the majority of fans want it to be.

In the last few decades England has led the way in European football and been at the forefront of kicking out racism in the sport. In light of recent events, however, it is hard to say that racism will one day be forever stamped out in the game. Why? Because football is a reflection of society and, unfortunately, racism is present in many societies around the world. Unless football’s governing bodies take a stand and take the lead on this matter to eradicate it, then sadly the subtleness nature of the status quo will forever be the same and football, as we know it, will remain socially stagnant at every level for years to come.