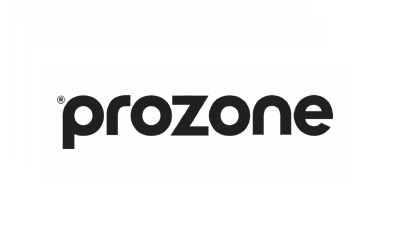 I’ll openly admit that I am one of those people who is obsessed with technological innovation. Bearing this in mind, when I started to read about the combination of technology and football, my mind really started working overtime. For a lot of years, football has been a pretty basic sport for me – form a system, motivate the players and watch the show go on. Perhaps I’d been playing too much Football Manager, but when I delved into all of the analysis that managers performed these days I was surprised to say the least.

I discovered that analysis is the bread and butter of modern day football. The best clubs in the world have access to the very latest technology that allows them to pinpoint every little detail they want – from the number of yards a particular member of their team has covered, right the way to where an opposing player is most dangerous. Several years ago, such information would not have been accessible through manual means, yet that has all changed through the emergence of Prozone.

In brief: What is Prozone?

My initial intention was to form this section into bullet points, but the nature of Prozone means that this is not possible. The system is so advanced that it really should take a dissertation to describe it, but I’ll do my best in this short section.

Firstly, there are two types of the system – one, named Prozone3, which involves the installation of around ten cameras in the stadium so that the movement of every single individual on the pitch can be monitored. The second is named Matchviewer and is really a watered down version, relying on the typical broadcaster feeds that you and I see every week on MOTD.

It has to be said that both systems offer slightly different approaches and any club who is willing to invest in their analysis, is bound to choose Prozone3. In brief, this covers absolutely everything, whether it is a 2D representation of the pitch to allow for easy analysis, or a tool which looks at every touch a player makes and concludes where they are the most dangerous from. The list really could on but whatever analysis scenario I thought of, Prozone seemed to have an answer.

When will managers use Prozone?

I read some comments from Harry Redknapp who seemed quite critical of the whole analysis that a lot of managers carry out and he seems to be one manager who would never even contemplate the use of Prozone. Of course, he is in a league of his own and when one has the motivational skills of a man like Harry, technology is long forgotten about. Still, most upcoming managers in the game know the ins and outs of the software and will attempt to use it in every situation possible. From what I’ve read, the following situations are quite common:

Bearing the above in mind, it is clear to see that statistics are taking over football. It was mentioned how some teams have seven analysts in their dugout and this perhaps indicates that less strain is being taken from the manager. Of course, whether stats will always be a winner is a completely different matter and it’s just like comparing Andre Villas-Boas, the king of stats, to Harry Redknapp, the man who hates them. They will always work for some people, but they will be useless without the interpersonal skills that allow a manager to voice the issues across to his players.

It can probably be concluded that Prozone is exceptionally good for the modern game – so long as managers don’t rely on it. However, one of the unfortunate issues about the software is that it is probably only open to the top two divisions. Admittedly, more and more teams are becoming open to the investment – after all, back in 2005, Alan Pardew said that the playoff final was the only time that would permit West Ham from using the software. Still, any manager in the lower leagues is probably going to have to do without it unless they gain a promotion to a wealthy club, or they mastermind success with their current team.

My basic aim through this piece was to highlight the help that is now available to managers and how the profession has adapted. There will always be room for Harry Redknapp’s in the game, but I’ve a feeling that very few young managers in the top few divisions will run the risk of not using software such as Prozone in fear of falling behind.

Owner of BonusBetting.org.uk, I'm an avid football follower and try my best to cover those issues that tend to be ignored.