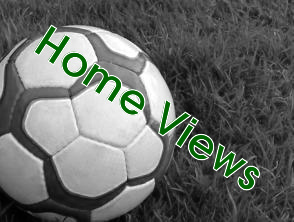 Part 2 of this two-part series on Irish football Ian Walsh looks attendances, as well as the league as a whole, and what the future holds for Irish football.

Last Friday’s nights tie between Shamrock Rovers and Bohemians drew a crowd in excess of gates at four League One matches in the UK, showing the pulling power of a fixture that has fascinated the Dublin soccer public, as over 5,000 people turned out to see the biggest fixture on the calendar of Irish football.

The Hoops have certainly been drawing the crowds to the Tallaght Stadium with the average home attendance this season at 3,300, with 2,700 of them season ticket holders.

In clear contrast, as similar crowd gathered to watch Bohemians vs. Waterford United at the RSC in the EA Sports Cup Final, but less than a week later only 310 people gathered to watch Waterford play in the First Division. This shows crowds only flock to the bigger events, but not the local games.

As they say, the show must go on, but how can a club survive on revenue from an attendance of 310 people? No wonder clubs are in financial crisis, because you can’t pay a squads wages from that many people attending games.

On the issue of wages, Cork City and Derry City have been in the news on a weekly basis in regards to their payment of their players.

Only this week The Daily Star had a piece called ‘Rebels down tools’ with the Cork City players stating ‘we’re not training until we get paid’. The Rebels have already been to the brink and back this season, but are not over the hill just yet. Very sad to see a team that won the league in 2005 in this sort of crisis, but at least they are still up there in the league, and look likely to be in Europe next season.

Derry City seems to be in a similar situation to Cork, in so far as players are not being paid. The club has also been labelled a ‘shambles’ by one of the clubs players, having not been paid since August. The player also stated ‘some of the lads have had to go chasing for money, bonuses aren’t being paid; appearance money isn’t being paid. It’s a shambles.’

Finally, a club that’s been making all the headlines this season; St Patrick’s Athletic. After a fantastic performance in Europe, and almost making the group stages of Europa League, they are now stuck in a rut. With Jeff Kenna gone, Pete Mahon has taken the reigns for only the closing stages of the season, due to financial difficulties.

His main aim will be to keep the club in the Premier League, as well as some stability. Mahon has inherited a squad of 22 players, with 20 of them out of contract in a month’s time. I hope they pull together and perform like they did in Europe and avoid the drop. Motivation will be key.

Ian writes for Touchline Views which is part of the twofootedtackle blog network and also writes a weekly column of Irish football here on Back Page Football.