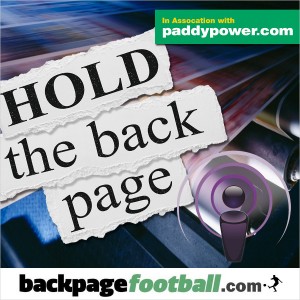 Chris McWilliams once again joins your host Ciarán O’ Raghallaigh for more podcast shenanigans in Paddy Power HQ, as the lads reminisce on the first anniversary of that night in Paris.

Also on topic is Robert Pires’ return to the Premier League, Nani’s interference in what should have been another fantastic Cristiano Ronaldo goal for Portugal as well as Chelsea, Ray Wilkins and the number of winning bets in last week’s Chelsea 3-0 Sunderland.

First guest onto the show is Cathal Dervan from the Sunday Irish Star, to talk about Giovanni Trapattoni’s future and the Irish team’s progress since last year’s World Cup play-off against France, on the back of another defeat this week against Norway. Has the quality of football gone backwards since that faithful night, which was a year old on Thursday?

Also on the show is goalkeeping blogger Aidan Elder from the Ministry of Glove, to talk about the Shay Given situation between Ireland and club football, Joe Hart and England’s number one debate.

In this week’s ‘Tip/Off‘ competition, sponsored by the good folk at Paddy Power, place your bets on Fulham versus Manchester City.

Fulham v Manchester City – Comment below with the winner, first goalscorer, as well as the final score of the match to be in with a chance to win this week’s competition.

Don’t forget to subscribe in RSS, or in iTunes by clicking the icons below