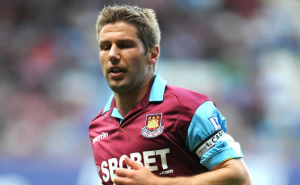 Coming out for professional sports stars seems more related to emerging from the shadow that is the social stigma impinging on the game than the self-enabling revelation that it has long been associated with.

And it’s easy to see exactly why.

With a persistent and stubborn anti-gay mindset still lingering in the game today, it’s little wonder there hasn’t been a professional Premier League footballer to publicly announce themselves as gay since Justin Fashanu did so back in 1990 – over 24 years ago.

Having to avoid being who you truly are has become the norm for most homosexual sports stars of today as they likely fear the backlash and self-righteous pontificating that many seem so capable of producing on cue. And although a select few have taken a huge leap of faith in coming out, the numbers are still quite small.

On Wednesday, the now retired Thomas Hitzlsperger openly disclosed that he was gay in an interview with Germany’s Die Zeit newspaper and has so far received a largely positive, encouraging and supportive response to the news – and rightly so.

And although Hitzlsperger now has the opportunity to be himself in all aspects of his life, the sad fact is that he was denied this for so long – much like many gay footballers currently playing have been too – and that is something that should not be forgotten amidst all the feel-good comments ongoing right now.

Yes, this is a positive story and one that deserves all the upbeat attention that’s being lauded on it at the moment, but it underpins a dark side to sport that is brushed to the side far too often. Because, admittedly, this is a news story that ought to shed light on the broader issue, one that deserves to be talked about and discussed. After all, the best way to find harmony is to open up an honest, no holds-barred dialogue.

Many are hoping that the former Aston Villa midfielder’s coming out will prove the catalyst for others to follow suit, with the majority keen to see this as a major turning point in the fight against the anti-homosexual prejudice that still attempts to bring football down to its level.

I want to move the discussion about homosexuality among professional sports people forwards.

In truth, this could well be the jolt that world football needs to waken itself from the passive approach the powers-that-be have had in relation to the elephant in the room that is the bigotry that homophobics channel.

However, while many are championing Hitzlsperger’s cause and congratualting him for his bravery, it seems as though the common concensus is that the former Germany international will influence the way football fans and sports spectators view gay people with his new-found self-belief.

It is the sheer expectancy that this will fuel others into affirmative action and that it will galvanise the gay community to find strength to use their voice which is worrying.

After all, this is not an issue from which we should ‘expect’ anything.

There have been some, unfortunately, who have lamented the fact that this is even news. Believe it or not, there exists some sections of the footballing community who believe that this will not change anything and that true change will only be brought about when a professional footballer still playing the game decides to reveal his true sexual orientation.

And to be frank, this is utter nonsense.

Ignoring the arduous and immensely challenging task that it is, some are brazen enough to dismiss the former Everton star’s move as effectively pointless. However, the issue is not when and how gay footballers, or indeed sports people, choose to come out – it’s when the negativity will dissipate and when the acceptance will begin.

Overall, only when everybody unites in respect for the gay community as a whole will this stop becoming an issue.

Hitzlsperger has done an iconic deed since he came out and has displayed an immense amount of courage to face up to the public – staring down his fears and anxieties, he has done all he can and a whole lot more.

The rest is up to us.