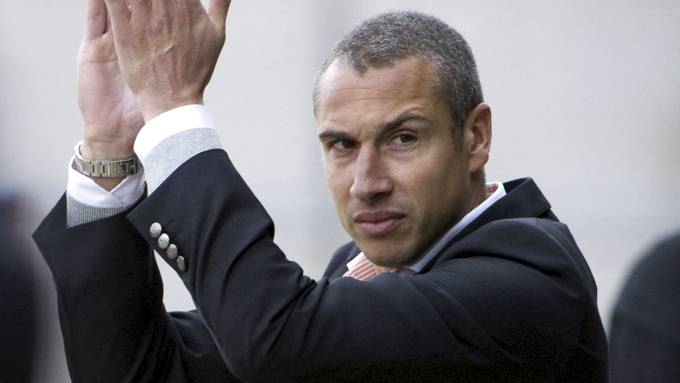 In truth, Henrik Larsson has always had his detractors.

The Swede faced racism as a child; nearly quit football due to a lack of faith from his coaches, aged twenty-one; moved to Celtic under a cloud, amid a bitter court wrangling with Feyenoord; was ‘only’ prolific in Scotland, with 174 goals in 221 league matches; put in his greatest displays for Barcelona as a ‘mere’ substitute; and was awarded a special dispensation by the FA for a seemingly undeserved 2006/2007 Premier League medal after playing just seven league games for Manchester United. Still, every time, Larsson answered his critics: symbolised in his trademark, Maori-like, tongue-furling aeroplane celebration.

Now, potentially, begins a new chapter and like most of Larsson’s previous career decisions, again there could be an element of shock on the cards. After all, few believed Larsson would stay at Celtic, while he was, undoubtedly, one of the top goalscorers in Europe and, equally, few thought he would return to Helsinborgs following an adulation-filled two-months at Manchester United. Perhaps, even fewer – amid talk of other ex-professionals, such as Alan Shearer and Tim Sherwood – would have linked Larsson with the Blackburn Rovers job. Yet, despite talk of fateful managerial spells at Helsinborgs and Celtic in the near-future – and not yet being contacted over the Rovers’ position – Larsson, again, may not rest on his laurels if the Venky’s sound him out.

After all, it would be fairly easy for the placid Swede to remain with Landskrona, despite the ironic fact that they’re Helsinborgs’ fierce rivals. Having established a proactive 4-3-3 alongside his assistant, Hans Eklund – to go with a mean, home defence at the Landskrona IP – initially, it, seemed, it would only have  been a matter of time before Helsinborgs called on Larsson to build on Conny Karlsson’s 2011 Allsvenskan title and cement a dynasty. Intriguingly, though, in 2011, Helsinborgs instead opted to appoint the 59 year old Age Hereide until the end of the 2012 season and even though the Norwegian was the last man pre-Karlsson to deliver an Allsvenskan, in 1999, he has never been noted in club football for emotional ties or long-term spells.

Sure, it may be a mere coincidence, but in potentially making the jump from the Superettan to the Championship, Larsson would not wait around to see how Hereide fares – having had three seasons of managerial experience in Sweden. Although Larsson has done a solid job – like Paolo Di Canio, in using his charm to attract brilliant signings like Marcus Lantz and Ivo Vazgec – Landskrona have never really wholly pushed on in any of his three seasons. Perhaps, not achieving promotion in 2010 was the killer blow as it was the closest Larsson has come to date, having gleefully proven some lukewarm Landskrona fans wrong in not letting his still-raw Helsinborgs previous affect his drive to eventually take Landskrona to the Olympia and play Helsinborgs in the Allsvenskan.

Finishing 5th in 2010 ultimately put paid to this constant wish of Larsson’s, with the Swede incessantly backing a promotion charges in two of his last pre-season campaigns with Landskrona. Ironically, this understandable, but ultimately naive, ambition very nearly cost Larsson his job mid-way through the 2011 season, when Landskrona were involved in a near-unthinkable relegation battle that very nearly led to Larsson, voluntarily, offering himself up as a potential terrace scapegoat as a returning player at the age of 38.

Anyone but Larsson and key allies like the sporting director, Mats Aronsson, would have caved in to fan outrage that, curiously, emanated from the Football Manager generation who, perhaps, were more privy to the unreal expectations of Sweden’s one-time talisman – having grown up with Larsson posters adorning their bedroom walls. Armed with banners like ‘Vare Henke? Anvander Lookalike?’ (does Larsson (also known as Henke) have a lookalike?), the pressure was immense on the terraces. To his credit, Larsson retained his trademark coolness and steered Landskrona to 10th place, much owed to Vazgec recording the league’s highest saving percentage.

Larsson has again consolidated Landskrona’s mid-table status in 2012, having not been so openly hopeful of promotion earlier in the season, but goals have been the ironic flaw of Larsson’s three-year spell with Landskrona and this – more than a leaky defence traditionally associated with clubs in the bottom half of a league table – will prove the key to Larsson’s still-evolving philosophy and tactical nous progressing in the coming years. Ironically, with the emergence of the precocious Luka Mijaljevic, Larsson’s one wish may have been granted in his final stretch with the club, but there is no doubting Larsson’s openness, and come-and-get-me approach, to a potential move abroad:

I mean, if anybody’s contacting me then I have to have a look at it and see if it’s something that appeals to me, or if it’s possible with the family and everything.

I will always listen to an offer and take it into consideration.

So, while Larsson’s potential return to British football is to be welcomed, whenever it is, and, naturally, generates incredible excitement, vigilance must remain about the possibility of Blackburn – particularly in such a cut-throat managerial environment at Ewood Park. Sure, the Venky’s deserve much of the abuse Blackburn fans hurl at them – owed to incredible mismanagement, a lack of planning, a poor footballing knowledge and a lack of decency in barely showing their faces at matches – but, in ironic fairness, they stood by their man. That man, coincidentally, happened to be one of English football’s most unsuited first-team coaches since the likes of Les Reed and Sammy Lee. 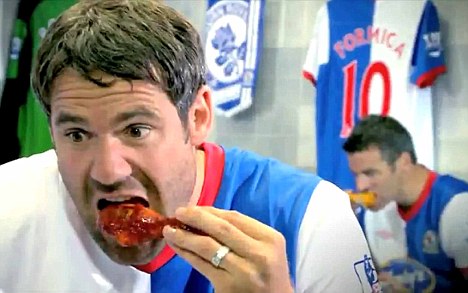 Steve Kean never stood a chance, not so much for his act of betrayal in taking credit for Phil Jones’ development and lambasting Sam Allardyce’s proven methods; rather, he symbolised exactly what the Venky’s thirsted after: meekness, delusional commercial opportunities and something of an anti-hero that, with average results, was, somehow, eventually supposed to appease fans with ‘attractive’ football. This is where Larsson could come in: aesthetically and historically, he has a huge standing in European football and the Venky’s could show rare, left-field proactivity in his potential appointment.

However, while the fans will no doubt see Larsson as a just acquisition – much like that of Jordan Rhodes – following numerous windows of broken promises and embarrassing pursuits of globetrotting names, they will also be weary. Promotion this season is a must for Blackburn, even more so than in 1999, and it comes down to more than just mere Lancashire pride. Of course, the last time Blackburn were relegated, it took them two stressful, philosophy re-defining (symbolised in Jack Walker’s heart attack) seasons and required the managerial shift from the unsuited assistant, Brian Kidd, to the re-energised Graeme Souness for promotion.

It seems unlikely that Blackburn’s next manager could be afforded a similar amount of time to Souness – with murmurs of discontent already evident over the failure to prise a Shearer/Sherwood dream ticket among the traditional followers – but, like on so many other occasions, who is to say that Larsson, if appointed, will not prove them wrong and in doing so, the Venky’s will have taken a risky gamble but an, ultimately, imaginative, justified and potentially legacy-boosting decision.

One thought on “Larsson at Blackburn: Imaginative and a chance to prove critics wrong”