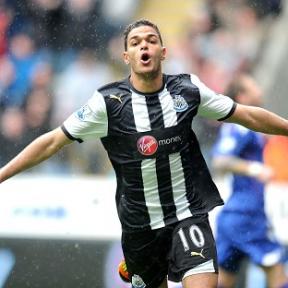 It wasn’t very long ago that Hatem Ben Arfa and Karim Benzema were both regarded as two of the brightest prospects to emerge from France in quite some time.

Potent going forward and a constant goal-threat; both Ben Arfa and Benzema were expected to reach of the summit of European football before too long. Shortly after breaking into the first team alongside Karim, ‘Benny’ began to play on a regular basis, until the first hitch in his career came along.

A training ground fight with Sébastien Squillaci – who also plays in England – saw Ben Arfa fall out of favour with the hierarchy, and Lyon Football Club in general.

On the build-up to the new footballing season in France, the pacy forward failed to show for training and not long after, he signed for Marseille, for in the region of £8m.

Without delving too much into his career at Marseille, the Frenchman was part of a title winning side before falling foul of the clubs president: Jean-Claude Dassier. In the summer of 2010 Chris Hughton, who was manager of Newcastle United at the time, secured a loan deal for the Frenchman. The most important detail of the deal was that Newcastle United had the option to buy Hatem for £5m after 25 games for the club.

Of course as most of us know, Ben Arfa suffered a dreadful broken leg away to Manchester City in 2010 and was ruled out for the remainder of the season. Alan Pardew, who was appointed at the end of 2010 decided that Ben Arfa had shown enough potential in the handful of games he had played that he was worthy of a permanent deal. The fee was agreed and Ben Arfa was delighted to sign to a five year contract, claiming that the fans played a big part in luring him permanently.

Now, in 2012, we are beginning the see the very best of Hatem. People were unsure whether he could regain the speed, ability, or agility that he possessed before his injury. However, all of these questions have been definitively answered this campaign.

Personally it comes as no surprise to see the Clairefontaine academy product skipping by defenders with ease and in general: causing absolute havoc to defences he has encountered this season.

Everyone in world football has seen both of his wondergoals this season – the sublime individual effort against Blackburn in the cup and the remarkable attempt against Bolton only a few days ago. And this is only the tip of the iceberg of what he can do.

His ability outpace his opponent, turn fullbacks inside out with ease, and vision to find that ‘killer-ball’ makes him different to any other player I’ve seen in a Newcastle United shirt in the last decade. When he gets the ball, you get the feeling that he is going to make something happen, and quickly.

That brings me to the question – is Ben Arfa one of the most talented French players that the Premier League has seen in the last 10 years?

Of course Eric Cantona springs to mind when we think of ‘special’ Frenchmen who have graced English football, but with even him taken into account – who really had the talent that Ben Arfa holds of times gone-by?

There aren’t many. In the Premier League especially, there are not a lot of players of similar mold to the 25 year-old.

One can only imagine what Newcastle United’s number ten will churn out in their coming matches as Alan Pardew’s men prepare a final push for Champions League football. Yeah, European football – even I don’t know.

Maybe you have a different opinion? Well, luckily for you, that’s what the comment box is for!

8 thoughts on “Hatem Ben Arfa: The most gifted Frenchman to grace the Premier League in a decade?”