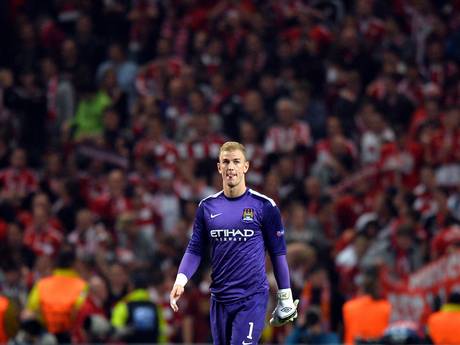 A void over a chasm over a black hole has been created in English football ever since Liverpool’s Steven Gerrard retired from international football. The current Reds captain and former England captain is yet to be replaced by Roy Hodgson and the list of probable candidates does not inspire one iota.

Manchester United’s Wayne Rooney was instantly installed as favourite to replace Gerrard, according to The Daily Mail. Rooney being considered makes perfect sense as he is England’s only world-class talent.

Behind him, however, the list, as per Oddschecker, is less than inspirational.

West Ham United’s injury-prone Andy Carroll is the only non top-seven player to feature in the short list of 26 potential Gerrard-replacements. Of that 26-strong list, only Jagielka can say he is captain of his club team.

Such is the dearth of leaders at international level; Steve Stammers writing in The Daily Mirror is reporting Joe Hart is a serious contender to become the next England captain. Stammers goes on to say:

Hart, now has 40 caps and has been a key figure in Hodgson’s squads.

Hodgson has been impressed by the dressing room influence of the Manchester City goalkeeper who made his debut six years ago.

Rooney is the obvious, unequivocal and only logical choice for England captain due to his status within the game. As England’s best player over the best part of the last decade, he should waltz into the captains armband and claim all the regalia that goes with it.

Alastair Campbell, best known for his work as Director of Communications and Strategy for the British Prime Minister Tony Blair between 1997 and 2003, wrote an interesting piece about captains in the Financial Times recently.

There is little doubt Rooney ticks all the boxes.

The same cannot be said of any of the other 25 candidates.

This raises the obvious question: Where have all the leaders gone?

The English game has been under serious attack over the last decade due to their poor showing on the international stage. How to fix the English coaching system has become one of the great constant debates in the game.

In September 2013, respected journalist Henry Winter, writing in The Telegraph, called upon the FA to forget about winning the upcoming World Cup in Brazil and in Qatar in 2022 and to concentrate upon repairing the grassroots game.

Sky Sports produced a report shortly before Winter’s column showing the stark reality of how far English coaching has to go to catch up on the likes of Germany and Spain.

The only way for Dyke to “turn around” the probably foreign-registered “tanker” is to train more properly-paid youth-team and skills coaches to work in schools, nurturing the technique of those passing through what Dennis Bergkamp calls the “golden years of learning from eight to 12”.

Teach them to play with their head up, receiving the ball on the half-turn, having a picture in their head of all their team-mates’ positions.

These are all salient and intelligent points regarding coaching. However, the last point where he encourages young coaches to take responsibility on and off the pitch is where English football is really going wrong.

This can be seen by the vacuum left by the departing Gerrard. Bar Rooney and Hart, there are no men who take real responsibility on or off the pitch when it matters most. In short, there are no leaders of men.

The treble-winning Manchester United team of 1999 is a phenomenal example of a team of captains. Sir Alex Ferguson basically built a team with leaders in every position who were marshalled by the supreme Roy Keane.

Forgetting about the talent in the two teams for one second, 1999 and 2014, can anyone say there are leaders in the current set up at United? Rooney stands out as a lone beacon for both club and country.

The greatest evidence possible the English game is gone wrong on all fronts is the list of 26 names to succeed Steven Gerrard.