It’s fair to say that Harry Redknapp has become a slightly odd figure in football.

Having done exceptionally well to lead Portsmouth to an FA Cup win, he then saw his reputation slide downhill as the club struggled to deal with the financial difficulties that had begun during his time as manager.

He also did well to guide Tottenham Hotspur into the Champions League after initially taking over the club when they were at the bottom of the Premier League table, only to be sacked by Spurs and eventually ending up managing Jordan for two World Cup qualifying games. 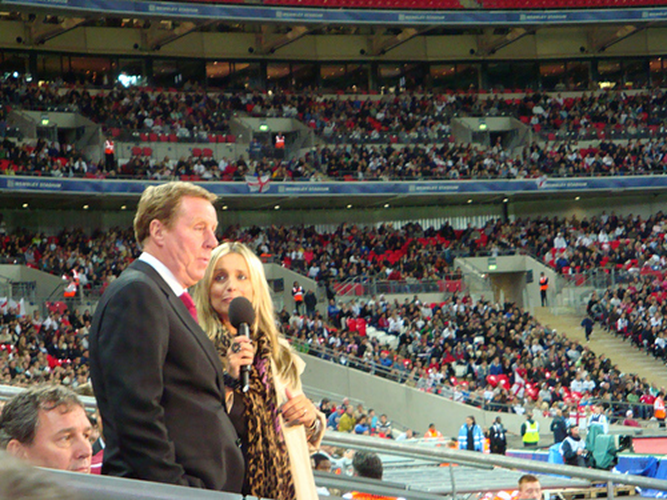 “Harry Redknapp” (CC BY 2.0) by curiouslypersistent

Track record as manager aside, Redknapp’s claim that Spurs can win the Premier League within the next four years needs to be taken with a fair few pinches of salt.

Although Redknapp makes a fair claim that the Spurs starting line-up is a strong one, it is highly questionable that it is the strongest in the Premier League.

Perhaps more worrying is the fact that he seems to believe that Spurs should follow the example of Portsmouth and spend money on short-term success by gathering together a stronger squad of players.

Unfortunately, as Portsmouth fans can confirm, this might feel nice in the short-term but can leave clubs financially ruined in the longer term.

Learning the lessons of a local rival

On this topic, much of the cash at Tottenham is being spent on their new stadium.

Yes, this will see them able to boast one of the most spectacular and biggest grounds in the Premier League, but it is costing a great deal of money to build, money that is likely going to have to come out of the budget for strengthening the squad.

Reports suggest that the cost of building the new ground has risen from £400 million to £750 million pounds, so clearly the club are not going to be able to spend heavily in the short-term.

Spurs, 5/2 in bet365’s To Win The Title (Without Chelsea) Premier League betting market, would do well to look at Arsenal as a case in point of what can go wrong with misfiring in terms of financial focus.

Despite moving into their new ground in 2006, Arsenal have only recently started to have the necessary funds available to compete for the best players, with money initially kept aside to ensure the club could properly service its debts.

Should Spurs follow Redknapp’s “short-term focus” advice, they could well end up over-extending themselves in the same way as Portsmouth, making it likely that the Arsenal chants of “61, never again”, will take far longer to be silenced.

Harry might not be the man you feel most comfortable trusting when it comes to guiding your Premier League betting, but let’s not forget last season’s title win for Leicester means that we have to admit that anything is possible in football.

Nonetheless, Spurs would do far better following the example of Chelsea this season, focusing on fine-tuning what is a brilliant first eleven of players that, with no European game midweek distractions, and with a solid fitness regime, can give their all in the fight for the title.

One thought on “Is Harry Redknapp spurring on his old club or piling on the pressure?”